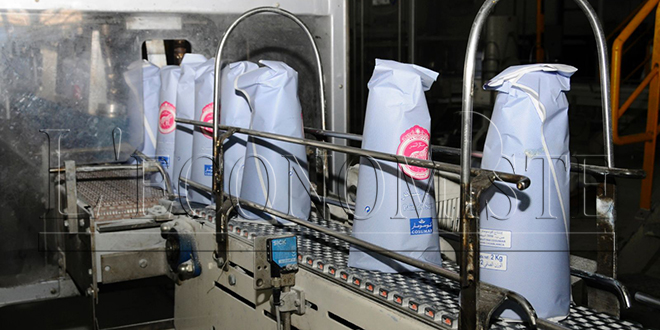 Attijari Global Research (AGR) modified its recommendation on Cosumar stock from “buy” to “sell”, while keeping its target price unchanged at 240 dirhams, ie a downside of 14%.

“Since our recommendation to buy in January 2021, Cosumar shares have posted a performance of 26%, exceeding our fundamental price of 240 dirhams. As of today, we estimate that the Group’s growth prospects over the medium term are largely integrated at the level of our valuation “, explain the analysts of AGR in a recent note devoted to Cosumar. “As a precautionary measure and while awaiting new elements justifying a review of our business plan, we are keeping our target price unchanged at 240 dirhams.

Taking into account a market price of 280 dirhams, the stock thus displays a valuation premium of 14% on the stock market. This could not be offset in the short term by the performance levels of the title “, add analysts. After presenting the Group’s results for the first half of 2021, analysts say that these achievements are” in line with expectations “. In addition, they note that given the less favorable conditions that marked the recent sugar season, local production of white sugar is expected to drop by 26% to 388 KT in 2021 against 526 KT a year earlier.

“This is the lowest level observed over the past seven years”, notes AGR, adding that the national consumption coverage rate would be around 1/3 in 2021, against a five-year average in over 45%. In order to meet the domestic demand for white sugar, which amounts to 1.2 MT, most of the refinery’s capacities will be mobilized locally, stress analysts who expect a drop in exported volumes of nearly 15 % increasing from 648 KT in 2020 to 550 KT in 2021.

Regarding the Durrah project, the research company indicates that according to recent announcements by Management, the refinery in Saudi Arabia has already started production of refined white sugar in Q3-21. “Based on an annual capacity of 840 KT, an average refining margin of 70 dollars / T observed on the international market and a 43% share of Cosumar in this project, the impact on the profits are estimated according to us, between 100 and 120 million dirhams (MDH) from 2022 “, indicates AGR, noting that it is about a contribution of 12% to the normative RNPG (net income group share) of the group.

Regarding the main adjustments of the Cosumar group’s 2021-2022 growth forecasts, AGR analysts have revised downward the growth of export activity in 2021 due to the relatively weak agricultural season, noting, however, that the expected recovery in national consumption would limit the decline in the Group’s consolidated sales to -0.6% in 2021, compared to + 1% initially. In 2022, they anticipate consolidated revenue growth of + 0.7%. The update of the growth forecasts also shows a drop in the consolidated gross operating surplus of 1% against 9.3% initially, justified by the relatively low level of the sugar season combined with the visible decline in the refining margin on the international market, as well as an increase in the RNPG revised to 13.6% in 2021 against 21% initially.

“This growth rate takes into account the non-recurrence of the Covid donation of MAD 100 million as well as the gradual ramp-up of production at the Durrah refinery. This should reach cruising speed in terms of production from 2022. “, explains AGR, indicating, to this end, that the RNPG would show sustained growth in 2022 of 9.8%, thus exceeding the 1 billion dirhams (MMDH) bar.