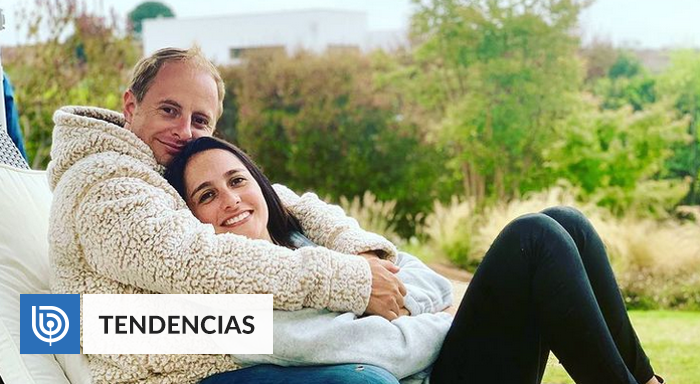 Last week the journalist Jorge “Coke” Hevia (38) announced that he would marry -after two years of relationship- with his partner, the civil engineer, Sofía Medina.

“It took like 45 minutes to say yes”, wrote on Instagram the host of La Red, where he also shared a photo where the hands of both are intertwined and she is wearing her new ring.

What few know about this love story is that Sofía saved the communicator’s life a couple of years ago. “This is known to my friends and my parents,” Hevia revealed to The latest news.

“In 2019 I suffered a random dissection (arterial disease) and if it is not for her, maybe I would not be counting how happy I am, “he revealed.

“We were in the apartment together when this came to me. I remember getting dizzy and feeling stiff. She handled herself super well and they took me to the clinic. I was in the ICU ”, he recalled. “If he hadn’t been with her, he could have died,” he said.

As the doctor explained to Hevia, the causes of this problem are usually associated with the consumption of drugs and cigarettes. “Issues that I do not consume”, He said.

“Alcohol yes, but it was a very unusual case. The good thing is that I reacted super well because at six months I was without sequelae -and playing ball- “, he assured.

The experience helped him to see life in a different way, no longer so “serious” and to enjoy it. “My best friend also died 10 days after having twins. All those things cause one to enjoy life more, because you don’t know what you can go through or what can touch you “he confessed.

Today the couple – who met thanks to mutual friends – is preparing their marriage, which will have only the closest guests as guests. “The pandemic has taught us all who are who are and who are not at this time,” he closed.