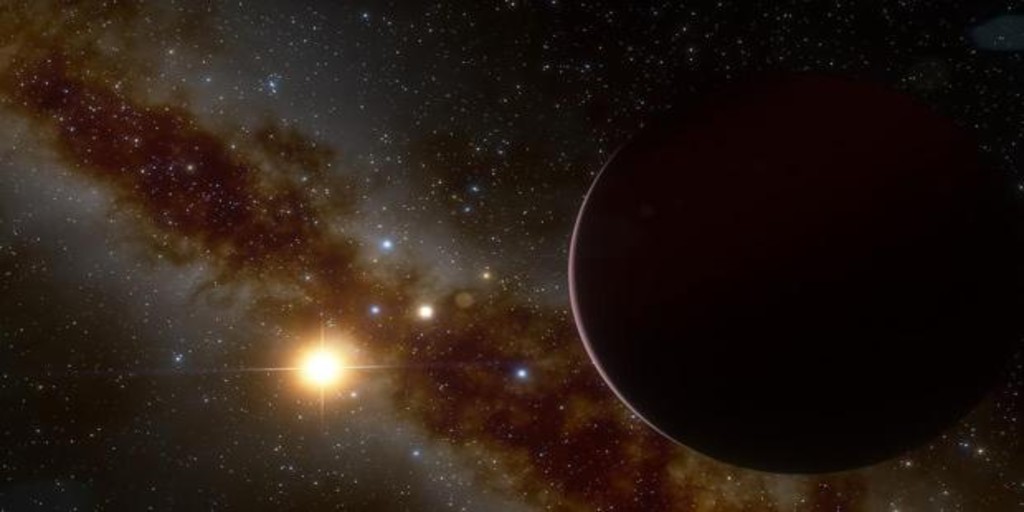 Using the most powerful radio antenna in the world, scientists have discovered that some stars emit radio waves unexpectedly. And, after the initial bewilderment, astronomers at the University of Queensland (Australia) have linked this phenomenon to the possible existence of hidden planets in these star systems. The results have just been published in the magazine ‘
Nature Astronomy‘.

The team of astronomer Benjamin Pope and his colleagues from the Dutch national observatory ASTRON have been searching for planets using the world’s most powerful Low Frequency Radio Telescope (LOFAR) located in the Netherlands. “We have discovered signals from 19 distant red dwarf stars, four of which are best explained by the existence of planets that orbit them,” says Pope.

The planets in our Solar System have long been known to emit powerful radio waves when their magnetic fields interact with the solar wind. However, radio signals from planets outside our cosmic neighborhood have yet to be picked up. “This discovery is an important step for radio astronomy and could potentially lead to the discovery of planets throughout the galaxy.”

Previously, astronomers could only detect the closest stars in a constant radio emission, and everything else in the sky emanating these signals was either interstellar gas or black holes. But with the new, much more sensitive technology, much more can be done: the team focused on red dwarfs, a type of star that is much smaller than the Sun, but possessing intense magnetic activity that drives stellar flares and emissions of radio. However, during the reconnaissance some ancient stars were also found, magnetically inactive, but emitting radio signals, defying conventional understanding.

Joseph Callingham of the University of Leiden and ASTRON and lead author of the discovery, explains that the team believes these signals come from the magnetic connection of stars and their invisible orbiting planets, similar to the interaction between Jupiter and its moon, Io. Our own Earth has auroras, commonly recognized here as the northern and southern lights, which also emit powerful radio waves. This is due to the interaction of the planet’s magnetic field with the solar wind, says Callingham. But in the case of Jupiter’s auroras, they are much stronger since its volcanic moon Io is launching material into space, filling the environment of Jupiter with particles that drive unusually powerful auroras.

Thus, according to the Dutch model, the phenomenon that occurs with Jupiter and Io would expand in these ‘old’ stars, “with a planet enveloped in the magnetic field of its star, feeding material in vast currents that also feed bright auroras.” “It is a spectacle that has attracted our attention from light years away.”

The next step will be to confirm that these proposed planets do indeed exist. “We can’t be 100 percent sure that the four stars that we think have planets are actually hosts to planets, but we can say that a planet-star interaction is the best explanation for what we’re seeing,” Pope says. “Follow-up observations have ruled out planets more massive than Earth, but there is nothing to say that a smaller planet could not produce this phenomenon.”

Discoveries with LOFAR are just the beginning. And never better said, because this telescope only has the ability to monitor stars that are relatively close, up to 165 light years away. However, with more powerful equipment, such as Australia and South Africa’s Square Kilometer Array radio telescope, now under construction and scheduled to begin work in 2029, the team predicts that they will be able to see hundreds of relevant stars at much greater distances.