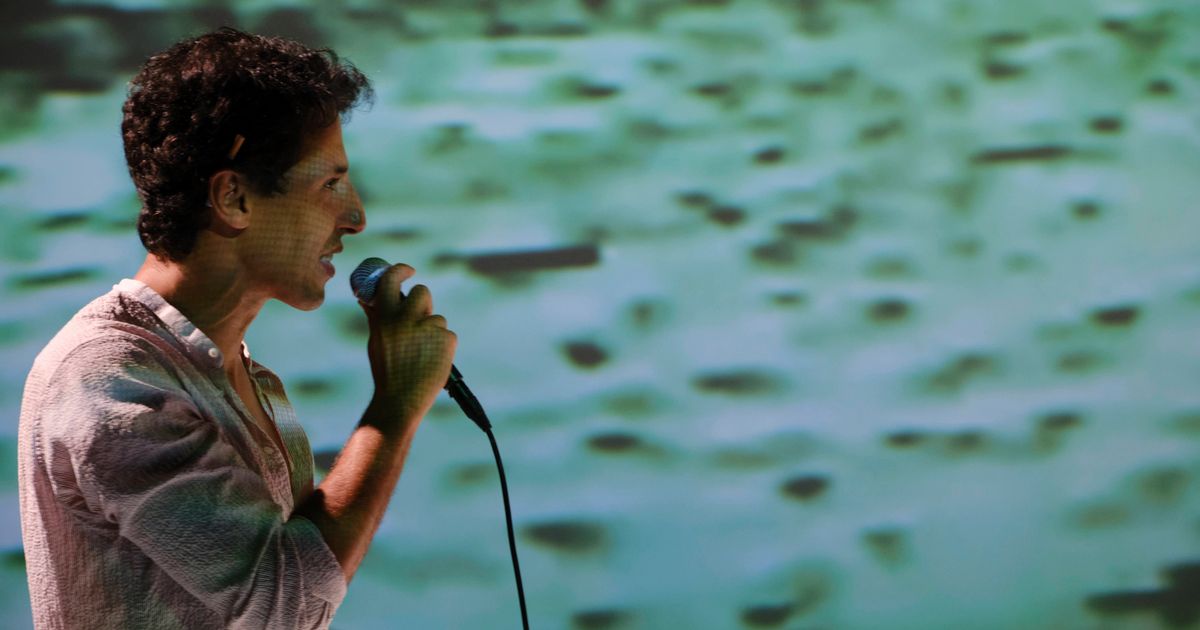 Inspired by the novel “Meursault, contre -quête” by Kamel Daoud, itself inspired by “The Stranger” by Albert Camus, this theatrical creation by Nicolas Stemann is being played in Vidy-Lausanne until Friday. Who has the right to speak out on Algeria and its history?

One begins thus: “Today, mom is dead”. The other starts like this: “Today, M’ma is still alive”.

The first is “The Stranger” by the novelist Albert Camus, vintage 1942, an “I” story by a man named Meursault, who awaits his execution and goes over the course of his life. In a state of virtual absence, he killed an anonymous Arab with a revolver on a beach in Oran.

The second is “Meursault, contre -quête”, another novel by Kamel Daoud and published in 2014. More than seventy years later, here is the answer to “L’Etranger”. The Algerian author gives a first name to this Arab killed by a Roumi, a white man: his name was Moussa. It is his brother Haroun who tells us the whole story. Who gives us his version of the murder.

Here is a third thief. It is a play. It is signed Nicolas Stemann, director and current director of the Schauspielhaus in Zurich. Its title: “Counter-investigations”. With an “s” that makes all the difference.

The issue of law, of legitimacy

On the stage of the Théâtre de Vidy-Lausanne, producer of this show battered by the successive Covidian closures and finally visible, it is no longer just a question of “The Stranger” or of giving a name to the victim, even if this stranger. would only be a fictional character, a simple mirror placed in this novel to demonstrate the absurdity of the mechanisms that can lead a human to commit a murder.

From now on, the stake is the right, the legitimacy, the position of the person who tells this story. A story with a capital “H”. That of colonization, then of decolonization and relations as complex as painful persisting between a former colonial power (France) and its former colony which became independent at the end of a war (Algeria).

Who can speak, then? To Moussa’s brother, masterfully embodied by actor Mounir Margoum, already seen in a previous role of… templar in “Nathan Le Sage”, also directed by Nicolas Stemann. Or to this other character who arrives with a physique close to that of Camus, played by the actor Thierry Reynaud, who will in turn be invited into this story?

No question of saying more under penalty of revealing all the mechanics and thinking of this fabulous show. He shows us that the theater can go further, even more deeply than the text from which it is inspired. Albert Camus and Kamel Daoud come out enlightened. And “Counter-inquiries” is part of the most burning realities of the current political and social debate. A masterful lesson in theater.