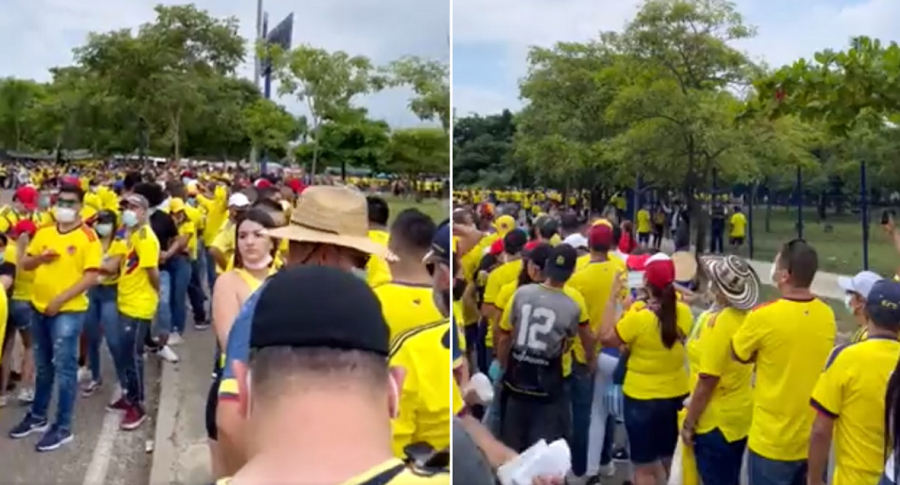 Meanwhile, Blue Radio added that there was more than 2,500 complaints of fans who had bought tickets at authorized outlets who were not allowed to enter the stadium because the security code had been replicated at their tickets.

On the other hand, the Police denied that there was an overcrowding in the Metropolitan, where 33,450 spectators were enabled, equivalent to 75% of the capacity, as it was stated that 31,390 people entered the stage.


However, Alberto Mercado, rapporteur for Antenna 2 in Barranquilla, he assured in the program ‘Sports moment’ that 75% had been widely exceeded.

In addition, the journalist Mónica Rodríguez, presenter of Noticias Uno, denounced that the controls failed and that the authorities did not enforce the distancing and biosecurity measures to avoid possible coronavirus infections, as she pointed out that out of every 100 fans, only 3 had masks.

Despite the irregularities, the Police also reported seizure of 2 firearms, 8 arrests for different crimes, the imposition of 89 summons and the immobilization of 32 motorcycles in the surroundings of the stadium.

The engagement ended 0-0, left the Colombia selection in fifth place in the South American qualifier with 15 units and the need to beat Ecuador this Thursday, October 14 at the Metropolitano, where fans must be careful not to be scammed with fraudulent tickets.