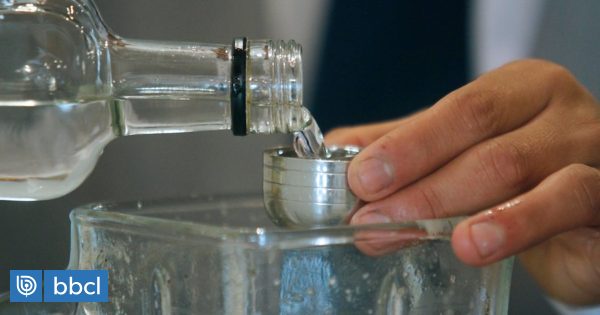 A couple denounced that they experienced a strange situation inside a Peruvian restaurant in the commune of Vitacura, assuring that They allegedly introduced some drug into a pisco sour, upon detecting that they made a purchase of $ 1,800,000 with a credit card.

“After consuming pisco sour I absolutely lose consciousness, having only vague memories of what happened next. I show up at my house, on Friday morning, without a cell phone, without the vehicle keys and with a charge of $ 1,800,000 on a card from my lady ”, is the testimony of the victim, the radiologist, Germán Arancibia.

The affected assures that the events occurred on the afternoon of Thursday, June 3 in a restaurant in Vitacura, indicating that they had consumed a glass and a half of pisco sour, along with his wife and a friend, while his spouse did not drink and did not He registered no type of memory loss, leaving the premises before them.

Arancibia denounces that upon waking up the next day, he realized that a purchase of $ 1,800,000 was made from a multi-store with his wife’s credit card, that they did not have the keys to her car and her cell phone had been tampered with.

The mobile even records having been used in a house near the restaurant, which is owned by the same owner of the Peruvian food establishment, who assured him that the cell phone was recovered after being stolen by a waiter.

He also realized that they tried to withdraw money from his checking account, but could not, because he had the coordinate card in another place.

In addition, Arancibia says that the keys to his vehicle appeared five days later in the restaurant’s bathroom. Previously, the car had been found by a friend of the doctor, who was called on Monday night and who used a copy of the keys that were in the victim’s house.

Arancibia thinks that they could have introduced burudanga in the pisco sour, because this drug leaves practically no traces in the body after four hours of having been consumed.

Likewise, the doctor filed a complaint for what happened, although at first the Carabineros dismissed it, since the car was recovered, but Arancibia seeks any alleged responsibility of the restaurant, who for now have only responded that he, his partner and his friend they were drunk.

“We had a tremendous scandal inside the restaurant, however the restaurant never called Carabineros or public security,” questions the doctor.

As Radio Bío Bío learned, The complaint was presented to the Eastern Prosecutor’s Office, who entrusted the Investigative Police to carry out inquiries to determine what happened, whether there was a crime committed and the possible responsibilities.