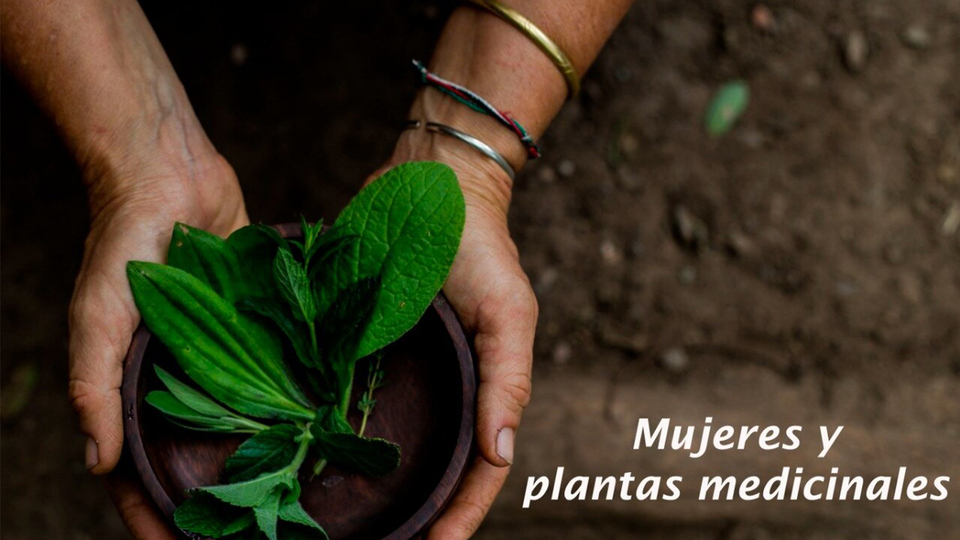 In addition to being a peasant producer in the town of Cowboys, 10 kilometers from the Capital of Salta, Olga Lubel has been dedicated for some years to specific work with plants. So it was that next to Romina Parra they designed the course Women and medicinal plants, which will take place from February 20 to June, with a duration of 5 meetings.

Both women considered that the work they had been developing for some time merited “giving it a way to be able to communicate it in the best way,” Lubel told Salta / 12. After several years of dedicating herself to the study of the botanical world, the producer understood that “plants are a vital part of the world” because they generate the possibility of “dialogue”, while a person suffers from some ailment that can be alleviated with a certain plant.

The 5 meetings are aimed, on the one hand, recovery of knowledge about ancestral medicine and on the other, the study of psychomedicine, which helps the human being to be conscious through the dialogue of the unconscious problems that make him sick. “That conjunction speaks of what we are today and that is why it seeks to recover something of our wild being,” he added. She understood that this makes it possible “that we are going to become wild and illustrious women” after the union of the botanical world and the study of social sciences.

In Lubel’s opinion, even knowing which plant can bring relief to a certain area of ​​the body is not enough. “It is not enough to stay in the mechanical use of which certain plant is used for such a thing, but it must be understood why this happens,” he stressed.

See Also:  Mystery: Why does Covid-19 make you more or less sick?

The course designers maintain that one of the central ideas is to understand that it is necessary to have a view of plant conservation, but this can be achieved to the extent that people are users of these plants. “Biodiversity is expressed through the active principles that plants have and this speaks of an ancestral use that women give to the vegetables that surround us”, explained the producer.

In this sense, one of the challenges is to make correct use of them, to know how to collect, preserve and manage them. Lubel said each of those steps must be understood to help “strengthen that bond that has always been feminine.”

To do this, in the first meeting, which will be on March 20 and 21, the botanical world and the respiratory system will be introduced. The most common conditions, the development of listening to diagnose and the approach with plants will also be seen.

The second meeting will address the study of the genital and reproductive system together with gynecology and the female cycle. It will take place on March 20 and 21. While on April 17 and 18, in the third meeting, the endocrine system and the glands will be treated.

On May 15 and 16, the digestive system and how to incorporate the consumption of medicinal plants into one’s diet will be discussed. In the last meeting, which will be in June, with a date to be defined, the lymphatic and circulatory system will be discussed. Each meeting will take place at Finca La Huella, in Vaqueros. Registrations and inquiries can be made at 387-155954761.

See Also:  Raemon Sluiter talks to Feyenoord, but does not become a team manager | Football

When asked about the reason why the use of medicinal plants stopped being on the social agenda, Lubel pointed out that “somehow there is always tension “between conventional and hegemonic medicine with the world of traditional or popular medicine. Therefore, he believed that this type of knowledge should be re-analyzed through those who have used it in a sustained way over time. For the most part, it is indigenous cultures that make use of this type of medicine.

Even to carry out medicinal interventions on the bodies, Lubel affirmed that “the respect that our bodies offer us will give us the tenor of our interventions.” He argued that understanding the functioning of the body allows giving the parameter to know if the medicine of plants is enough to penetrate the health of others.

“We do not deny hegemonic medicine, but today we tend to deposit ourselves as patients when in reality we have the possibility of developing other skills“, he explained. In that sense, he affirmed that” being daughters of this time, we have enough elements to do it. ”

He stressed that using conventional medicine does not invalidate resorting to ancestral medicine that introduces the concept of popular health, as there is a greater scope for plants. Lubel explained that when medicinal plants are recognized, the most common plants, and therefore more accessible, can be accessed, and the use that indigenous peoples gave them. That’s where the concept of ethnobotany is introduced, which studies the relationships between human groups and their plant environment, Lubel explained.