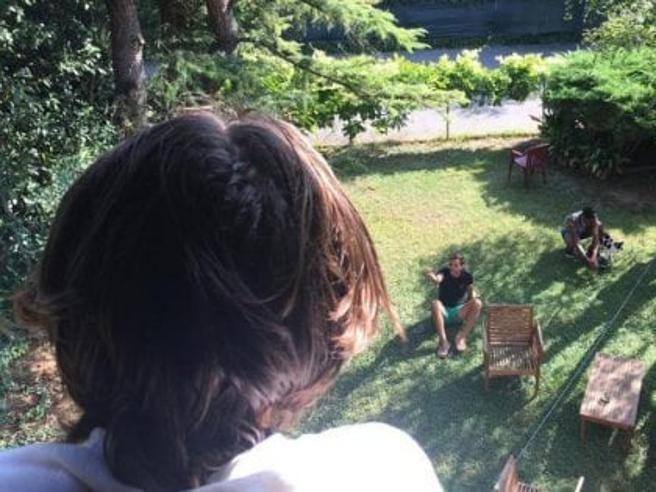 For a year he had been waiting for the new edition of the “Ferrara Buskers Festival” to be able to listen to one of his favorite bands, the Tribubu, a trio that mixes rumba, bossa, folk and blues with great vivacity. But Andrea, 17, fell ill with Covid and the quarantine at home was triggered for him, resulting in the impossibility of following the live ensemble. Instead, the Spanish-Ivorian group decided to surprise him, with the three musicians who went under the windows of his house, dedicated a short concert to him and then, as if that weren’t enough, they also left him a CD under the window. To thank them, Andrea’s parents sent a letter to Stefano and Rebecca Bottoni, father and daughter, historical organizers of the festival, and to Tribubu themselves: “The buskers – they wrote – have always reserved emotions for us, as engaged, married, with young children, with older children, each on his own, with friends, by day, by night. They are immortalized on the walls of the house and have prompted all our children to play and love music. And today this too! ».

It was not the first time in Ferrara for Tribubu, who were also present last year, as recalled in the rest of the letter: “Andrea had been waiting for a year to be able to meet them again and had planned the week to be able to fully share it with them, instead Covid l ‘got stuck in this absurd situation. For him and for us it was a delightful gesture, of cheerfulness and joy, totally free and disinterested. Thanks buskers and thanks Tribubu ». The Ferrara festival, which also this year due to the pandemic had to leave the streets to move to some locations in the historic center, had already opened with a bang. With the surprise presence of Gianna Nannini, who had performed from the walkway of the Via Coperta of the Estense Castle without being announced, just like a street artist. Accompanied on the Steinway & Sons piano by Christian Lohr, playing a medley of his songs and more. The concert of the Sienese rocker was introduced by the performance of Raffaele Kohler, the Milanese trumpeter who in the days of the lockdown played O mia bela Madunina behind the windows of her house, and by the interventions of Marco Sbarbati, Daiana Lou and AmbraMarie who had proposed some songs from their repertoire, playing from the balconies of the houses in the center of Ferrara. A little on the basis of what already happened in the late 80s when Lucio Dalla, supporter of the Ferrara festival of the first hour, had decided to play his beloved clarinet. Together with Jimmy Villotti, secluded in a small square and camouflaged among the many other street musicians present.