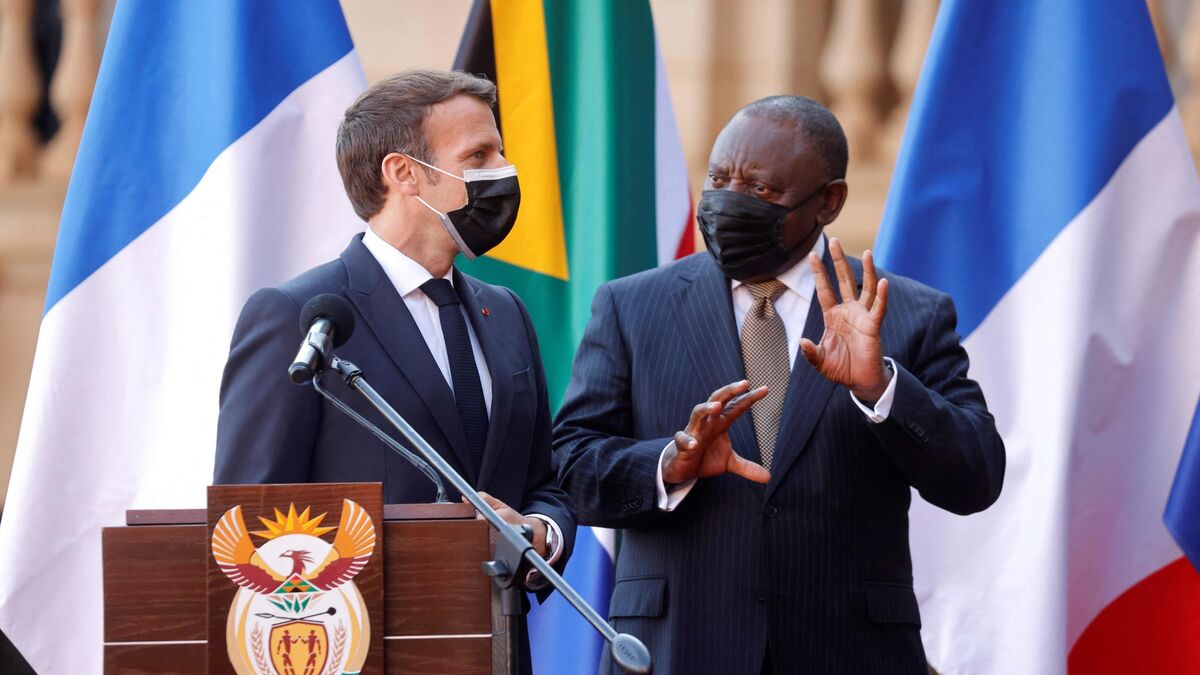 When he landed in Kigali (Rwanda) on Thursday, Emmanuel Macron’s plane had 100,000 doses of the AstraZeneca vaccine in the hold, donations planned as part of the international Covax initiative, aimed at making access to doses equitable . A cargo and a message. If the vaccine campaign, carried out not without difficulties in France, remains crucial on the domestic political scene, the president is also making it a hobbyhorse internationally. An immense health issue, that of the crying need for vaccines, in Africa in particular. Eminently political, diplomatic, too, that goes without saying.

This is evidenced by his trip to South Africa, of which this was the main subject. He invites himself from the start of this express visit of twenty-four hours, upon his arrival at the presidential palace of Union Buildings, in Pretoria, Friday at midday. The numbers are booming. To date, said Cyril Ramaphosa, the country, yet officially the most affected in Africa and struck by a variant, has only … 2% of vaccinated. The South African president goes so far as to speak of “vaccine apartheid”, a word so heavy with meaning here. “Well-endowed countries have bought them and are storing them. We are now blocked, ”he asserts.

For the president, the priority remains the transfer of technology

Here again, Emmanuel Macron did not come empty-handed, even if the details and the implementation of his announcements remain unclear. In a lecture hall at the University of Pretoria, during a long technical speech, he announced future financial support, a joint initiative for France, Germany, the European Union, the World Bank and the United States. , to help South African laboratories increase their vaccine production capacity. Or, in the shorter term, there is also an additional 500 million euros for the ACT-A initiative, and 100 million more doses (at European level) for Covax.

On the other hand, the issue of patents had something to cast a shadow on the table. Because South Africa is leading with India an intense campaign for their lifting of vaccines against Covid-19, when Emmanuel Macron was still insisting not to make it a priority. A sticking point? Change of tone, under the colonnades of Union Building. “Patents should not be a brake,” said Emmanuel Macron during a joint press conference with his South African counterpart, finally agreeing to request a temporary lifting of rights, even if the priority remains , according to him, the transfer of technology. “This music is sweet to my ears,” smiles Cyril Ramaphosa in return.

A trip, organized while a quarantine of ten days is still in force in France after a stay in South Africa (which will be observed by the entire delegation, with the exception of the president), to try to respond to health emergency. And to strengthen ties with this English-speaking African country, a sphere in which he is trying to gain influence. “We dream together,” he said in Pretoria. These past forty-eight hours have shown that the time has come to act and to get results. “I have a personal problem with Covax”, he also dropped in the lecture hall of the university, deploring “dysfunctions”, too great a vagueness on the quantity, the destination, and the schedule of delivery of doses. This rant testifies to it. There is still a way.