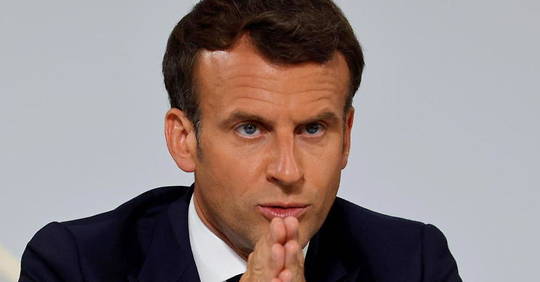 Lhe President of the Republic Emmanuel Macron is committed to vaccination in disadvantaged countries. The head of state called on Thursday, June 10, 2021, pharmaceutical companies to give poor countries 10% of the doses of anti-Covid vaccines sold. The tenant of the Élysée also wants the G7 to endorse the objective of 60% of Africans vaccinated by the end of March 2022. This is the objective defined by the crisis agency of the African Union, which also plans an intermediate target of 40% by the end of 2021.

“Donations of doses by States must be supplemented by donations of doses by pharmaceutical companies”, such as the 10% commitment of donations by the private sector made during the H1N1 epidemic, he recalled. in front of the press. “States have massively funded research and the purchase of doses” and “it is legitimate for the pharmaceutical industry to contribute proportionately to this solidarity,” he said.

“This is an increased objective compared to the one we had committed to having within the framework of Covax”, the international mechanism for donating doses to poor countries, “which was only 20%” of Africans vaccinated this year, he said. This objective of 60%, “I think it is the right objective and it is the one that we must endorse within the framework of this G7, France is ready to take its full part”, added the French president, recalling that France as Germany have each announced their intention to give 30 million doses, “which allows the European Union to have at least the objective of 100 million doses” given.

READ ALSOVaccine production: Europe wants to catch up with and overtake China