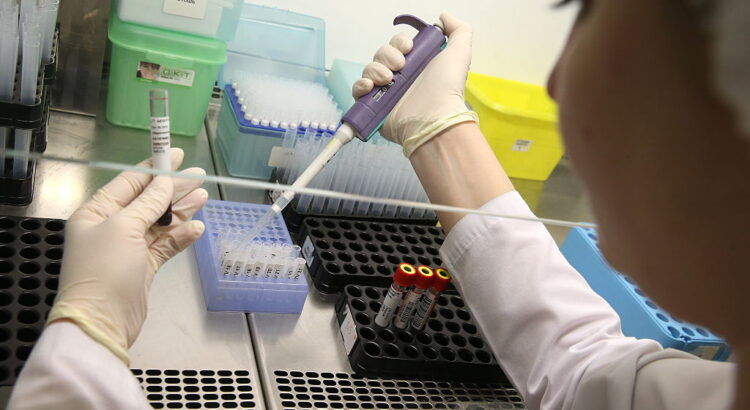 On the basis of a favorable opinion from the Competition Council, lhe government capped the prices of conventional PCR tests at 400 DH and those of rapid tests at 600 DH last September. Since then, the Council that follows closely the situation of this sector, has just published its “study for the analysis and monitoring of the evolution of the situation of the Covid test market”, whose conclusions revealed high margins achieved by private laboratories despite the price caps set by the State.

Requested on August 31 by the Minister of the Economy and Finance for an opinion on the fixing of the prices of Covid-19 screening tests, the Competition Council declared, on September 6, 2021, in favor in view of market conditions, to regulation of the prices of said tests for a transitional period not exceeding six months, in accordance with the provisions relating to the freedom of prices and competition. This is how the government, on the basis of this advice from the Council, capped, four days later, the prices of conventional PCR tests at 400 DH and those of rapid tests at 600 DH. At the time, the prices charged varied from 600 to 800 DH depending on the laboratory. But, due to the persistence of exceptional circumstances due to the spread of the Covid-19 virus, these temporary measures were extended by an Order of the Ministry of Economy and Finance of March 3, 2022, extending the application of the temporary measures against price increases for biological screening and diagnostic tests for infection with the SARS-CoV-2 virus, for a period of six months from March 6, 2022.

Since then, the Competition Council chaired by Ahmed Rahhou, had reserved, in its Opinion, the right, once the temporary measures are taken by the government, to closely monitor the situation of this market, to study it in depth , and to propose recommendations capable of improving its competitive functioning. Therefore, the Council published on Friday 27 May a study which is an extension of the investigation work undertaken in the context of the aforementioned Opinion, and which were updated in the context of meetings held with the various stakeholders in the Covid-19 test market.

According to this report, despite the price cap for Covid-19 tests in September 2021, private laboratories continue to achieve relatively comfortable profit margins, ranging from 12 DH to 115 DH, while considering the costs related to the personnel component and the amortization of equipment and fittings, which should decrease according to the increase in the number of tests per day and the parallel performance of other types of diagnostic tests by the same laboratory.

The study also revealed that the margins vary according to the size of the laboratory, the number of tests carried out and the choice of investment adopted for each laboratory. According to calculations made by Rahhou’s teams, “the annual net results of private laboratories can vary from more than 126,952 thousand dirhams, if the laboratory only provides conventional PCR, to more than 1.7 million in the event of simultaneous performance of all types of tests”.

Based on the hearing of certain companies, the Council concluded that the margins achieved by private laboratories remain high and largely comfortable. This proves that the latter do not suffer losses following the ceiling decided by the government.

And to add that certain private laboratories have generated even higher margins, by opting for less expensive reagents and diagnostic equipment, sometimes free, granted within the framework of purchase negotiations with certain importers. “This has allowed some private laboratories to benefit from economies of scale”, underlines the report.

As a reminder, the Competition Council arrived at this conclusion by scrupulously examining the cost of producing the tests. In details, the Council instructors found that the cost price of the conventional PCR test is highly dependent on the costs of reagents and consumables at the rate of 38% for a minimum cost price, to 61% for a maximum price. “The share of the price of the reagent alone varies between 13% for the case of a locally produced reagent, to 37% for the case of an imported reagent”, notes the report. On this point, the Council finds the cost price underestimated insofar as the common charges (staff, depreciation, equipment, miscellaneous charges, etc.) having been accounted for for each type of test, have not been distributed by type of tests for lack of an adequate distribution key.

Thus, the Council issued a series of recommendations. The study recommends reducing the dependence of the national market on global supply chains. This is all the more necessary as the national market is dominated by importers and distributors who generate more than 90% of its turnover. By way of example, the Council refers to the market for Covid test reagents which, according to the study, has a single national manufacturer with a “100% Moroccan” product, and two manufacturers with manufacturing licenses of Korean origin. To strengthen the national productive fabric, the Council recommends a reference legislative framework for the marketing of “100% Moroccan” reagents and to promote innovation in the diagnostic test industry. The report also proposes to encourage the consumption of locally manufactured reagents.

In addition, for a more solid productive fabric, the Council recommends improving the governance of the drugs and medical devices sector. This is why the study pleads for the updating and operationalization of the platform for submitting registration applications. To do this, the establishment of the National Medicines Agency is essential.

Note that according to the Council, the contribution of private entities does not exceed 31% of the total tests carried out since the start of the pandemic at the end of 2021. For its part, the public sector has carried out 68% of the tests PCR, 40% of which were provided by the Military Hospital.

Is it okay to run fast? ‘running skills’