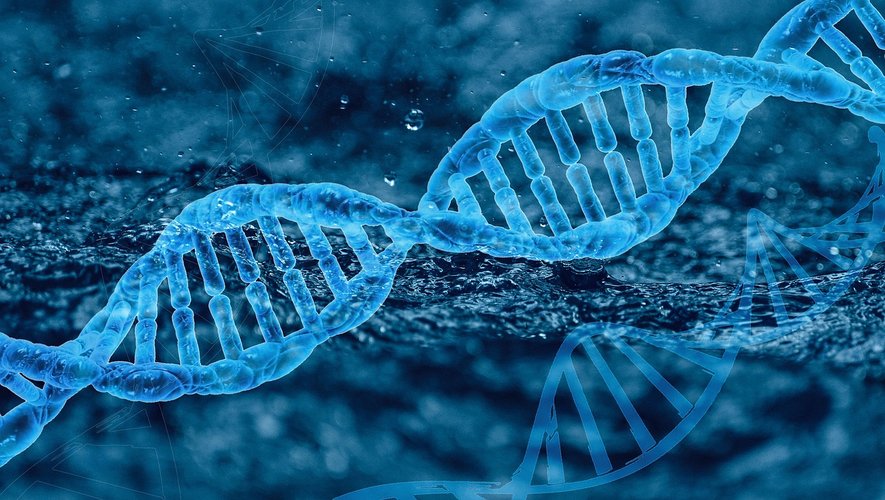 Inherited from Neanderthal man, this genetic specificity is at the origin of the development of severe forms of Covid and therefore weakens millions of people around the world.

The genetic predisposition to Covid is no longer a simple hypothesis.

Many studies have shown that certain populations are more affected by the virus and therefore develop more severe forms due to genetic factors.

A vulnerability caused by a genetic mutation believed to date back thousands of years, 50,000 to 70,000 years ago.

A gene identified and isolated before understanding

After detecting ethnic differences in mortality due to Covid from data collected on millions of Britons and whose publication was published last June on Springer Linkthe researchers wanted to know more.

The explanation of a genetic track had very quickly been envisaged, in particular with a study of the New England Journal of Medicine of June 2020 which had reported a genetic modification on chromosome 3.

And demonstrate that the latter double the risk of dying from respiratory distress in case of Covid infection.

This gene would be present in approximately 50% to 60% of the populations of South Asia and in more than 15% of Europeans.

A mutation that does not concern Africa

Why are certain populations more fragile? It is from this postulate that other researchers have focused on the subject to realize that this fragility due to genetics practically does not concern African populations.

So in their research, they were able to demonstrate as they published in an article by Nature last September that it was a legacy of Neanderthal man because you should know that Homo sapiens mixed with Neanderthals once they left Africa.

Why such a widespread mutation in the world?

And these same scientists who highlighted the Neanderthal heritage have taken their research on the subject a little further.

Once demonstrated that on this chromosome 3, genes that have mutated make Covid patients vulnerable, they wondered why such a mutation had taken place thousands of years ago and if it had not intervened in order to protect against certain viruses.

This postulate has therefore been the subject of research, the results of which will be published in PNAS on March 1st and are already the subject of a pre-publication.

Indeed, as the authors of the publication explain: “Given the prevalence of this genetic variant, that is to say that it is widespread in the world in a significant way, it is interesting to ask whether it can offer protection against a pathogen other than Covid, today but also in the past.”

They then peeled genetic data.

And they discovered during their work that “this mutation conferred protection against HIV infection and probably also against smallpox”.

And the results show that this genetic variant at risk for Covid patients would be protective in the event of HIV infection, with a risk about 27% lowerwhich is significant.

As HIV and therefore AIDS appeared recently, the genetic mutation dating back thousands of years could not be done to protect humans from this virus.

Remember that genetic mutations occur for the survival of the species.

… but also against other viruses and other bacteria

So scientists are convinced, this genetic mutation confers protection against other viruses that were to be rampant in the Neanderthal era, as reported Science and Future.

According to the research “the smallpox virus emerged over 10,000 years ago, making smallpox a likely candidate, while plague emerged later, around 7,000 years ago.”

Moreover, adds the author of the publication, “the highest mutations today coincide with regions where cholera is endemic.

So this genetic variant carried by millions of people around the world would be the probable result of a mutation to protect against smallpox or cholera.

And even if it weakened the carriers of this mutation during the pandemic, it could protect them during a future epidemic…