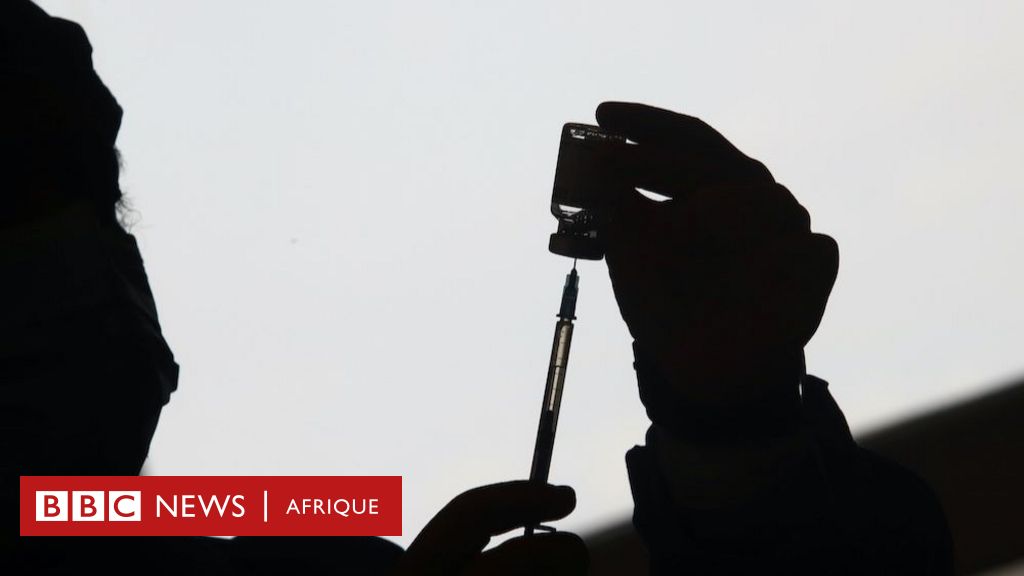 Most of the available Covid-19 vaccines, including those from AstraZeneca, Pfizer and Sputnik, require people to receive two doses, spaced over a period of time, to be fully effective.

But as countries around the world rush to immunize their populations, this added level of complexity proves problematic.

Supply issues, logistical challenges and social issues prevent a significant number of people from receiving their second dose at the right time.

Not to be missed on BBC Africa:

Could these difficulties jeopardize the global effort to fight the coronavirus?

“At present, vaccines remain the best tool we have for preventing serious disease,” Professor Devi Sridhar of the University of Edinburgh, who is also an adviser to the Scottish Government, told Today from the BBC.

Scotland has shortened the time between the administration of the first and second dose of the Covid-19 vaccine to take into account new variants of infection that have emerged during the pandemic.

The Delta variant, which appeared in India, is an example. Studies have suggested that it is 60% more transmissible than the Alpha variant identified in the UK.

Why do I need a second dose?

It is common for a vaccine to require more than one dose to be fully effective.

In the United States, the Centers for Disease Control and Prevention (CDC) recommends that children receive four doses of the polio vaccine, for example, and two doses of the MMR vaccine (measles, mumps, and rubella).

In the case of Covid-19, although the first dose of most vaccines offers some protection against the disease, it is only after the second dose that higher levels of immunity appear.

In a real-world study of 14,000 people in the UK between April and May, Public Health England found that Pfizer and AstraZeneca vaccines were only 33% effective against the Delta variant after the first dose.

This efficacy increased considerably after the second dose: 88% for the Pfizer vaccine and 60% for the AstraZeneca vaccine.

Both vaccinations were still very effective in preventing severe cases leading to hospitalization, but the fear is that without a second dose the virus will continue to elude vaccines and spread Covid-19 through the population.

Professor Sidhar said the goal in Scotland was to “make Covid-19 a manageable health problem” by “trying to break the chain between cases and hospitalizations”.

Why are people not getting their second dose?

But delivering the second dose will be a challenge, especially in low- and middle-income countries, where getting the first dose is already proving difficult.

As of June 12, the proportion of people fully vaccinated was only 0.83% of the population in Africa and 9.3% globally.

These figures contrast with nearly 60% in Israel and over 40% in the United States and the United Kingdom.

There are several reasons why it is difficult to give the second dose to people.

In South Asia, the situation is partly explained by India’s ban on exporting vaccines as it battles its own wave of Covid-19, as well as delays in the distribution system Covax, led by the United Nations.

For example, 600,000 people in Sri Lanka, mostly frontline workers who are at the head of the vaccine queue, are still waiting for a second dose, four and a half months after the first.

According to local media reports, the country is currently exploring the possibility of using the Pfizer vaccine as a second dose for those who have received a first dose of AstraZeneca.

In Nepal, where only 2.4% of the population is fully vaccinated, 1.4 million older people who received their first injection of AstraZeneca in March are still awaiting a second injection.

They are due to receive the second dose by July 5, but supplies have not been delivered as planned. The Prime Minister has made an urgent appeal to the UK and the international community for vaccines.

Argentina administered a first dose of the vaccine to 13.4 million people but only 3.5 million received the follow-up, according to official data.

The situation is worse for six million people who received a first dose of the Sputnik V vaccine.

Immunization requires a different component in the second dose to work, but the new supplies arrived after more than 12 weeks – which the Russian Gamaleya Institute said should be the time between the two injections.

Problems have emerged in developed countries, such as Canada and the United States, where authorities are urging people to come forward to receive their second vaccine.

According to the CDC, more than five million people who received their first dose did not show up for the booster.

Some people in these countries blamed the chaotic reservation systems for their difficulty in getting the second dose.

What happens if you have not received the second dose?

First, scientists are still collecting data on the optimal interval between the first and second doses of each Covid-19 vaccine.

Different governments have made different decisions about the timing of vaccinations, while manufacturers also recommend their own specific timelines.

But if there is no international consensus on the spacing of vaccinations, everyone agrees that a second dose is necessary.

According to the researchers, without this dose you risk not only getting an infection, but also passing it on to other people.

It is important to remember that, since no vaccine is 100% effective, it is still possible – although rare – to catch Covid-19 and even to die from it after being vaccinated.

As of June 7, more than 139 million people in the United States had been fully vaccinated against Covid-19, according to the CDC.

At the same time, the CDC has received reports from nearly every state of 3,459 patients who were hospitalized or died even after receiving the vaccine. Deaths have occurred in around 600 cases.

As the difficulties with second doses also reflect broader availability issues, experts called for vaccines to be distributed more equitably around the world.

“We know from global data that vaccines break the chain of transmission, but for this to work, immunization rates have to be high,” says Andrea D Taylor, deputy director of programs at the Global Health Innovation Center. Duke University.

“Allowing uncontained spread to any part of the world allows more variants to emerge, putting everyone at risk, even countries with well underway vaccination campaigns.”

Ms Taylor told the BBC that “not sharing vaccine doses fairly across the world is what got us in this mess in the first place” and “now that we are here, the best way forward. is to redouble efforts for an equitable distribution “.

“The Delta variant will not be the last or the worst variant that we will see. Until we are able to limit transmission everywhere, the virus will evolve and the more infectious versions and those most apt to escape our vaccines will become dominant. . ”

Gavi, the international vaccine alliance, said in a statement to the BBC that the response to the pandemic had already been delayed by new, more infectious strains of the virus.

“Their emergence proves once again how important it is to continue to invest in the development of new vaccines and the improvement of existing vaccines, as well as the need to fund the ability to perform additional boosters of drugs. variants of the virus, “the statement said.