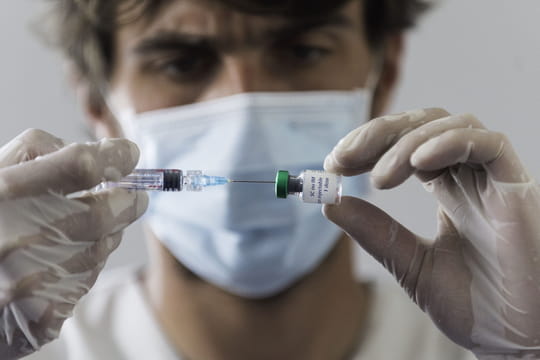 Some bosses in the pharmaceutical industry are hoping for a vaccine before the end of 2020. However, doubts about production capacities remain.

[Mis à jour le 29 mai 2020 à 17h35] A vaccine before the end of the year is what the bosses of the pharmaceutical industry are hoping for. “The hope of many people is that we will have a vaccine, perhaps several, by the end of the year,” said Pascal Soriot, general manager of AstraZeneca. Albert Bourla, boss of Pfizer, carries the same hopes. “If things go well, the stars are aligned, we will have enough evidence of safety and efficiency to be able to […] have a vaccine by the end of October, “he said. However, the International Federation of the Medicines Industry (IFPMA) has tempered some hopes. According to their estimates, 15 billion doses will be necessary to vaccinate the world population In fact, the production and distribution of the vaccine face “colossal” challenges. All the more so, since clinical trials are stagnating due to the decrease in transmission rates of the virus. If the decreases continue, experiments will not can no longer take place in a natural setting.

BCG, a tuberculosis vaccine, is a potential avenue in the fight against Covid-19. In a press release, Inserm explained that “epidemiological studies have interestingly shown a correlation between BCG vaccination rate and morbidity and mortality rate against Covid-19.” While remaining cautious, the institute has mentioned that the serum “could reduce the importance of infection with the SARS-CoV-2 virus by stimulating the memory of innate immunity.”

In the absence of medication, symptomatic treatment is applied to mild cases. This is to limit unwanted effects – headache, sore throat, body aches. For this, patients can take paracetamol (Doliprane, Dafalgan, Efferalgan) up to 3g / day. Saturday March 14, 2020, the Ministry of Health strongly advised against taking anti-inflammatory drugs such as Ibuprofen, aspirin or cortisone. The most serious cases are admitted to dedicated units in the intensive care unit. Patients are immersed in an artificial coma, they are on respiratory assistance and often follow antibiotic treatments. They are also placed on the stomach sixteen hours a day. This position is a way of relieving them. This support lasts several weeks.