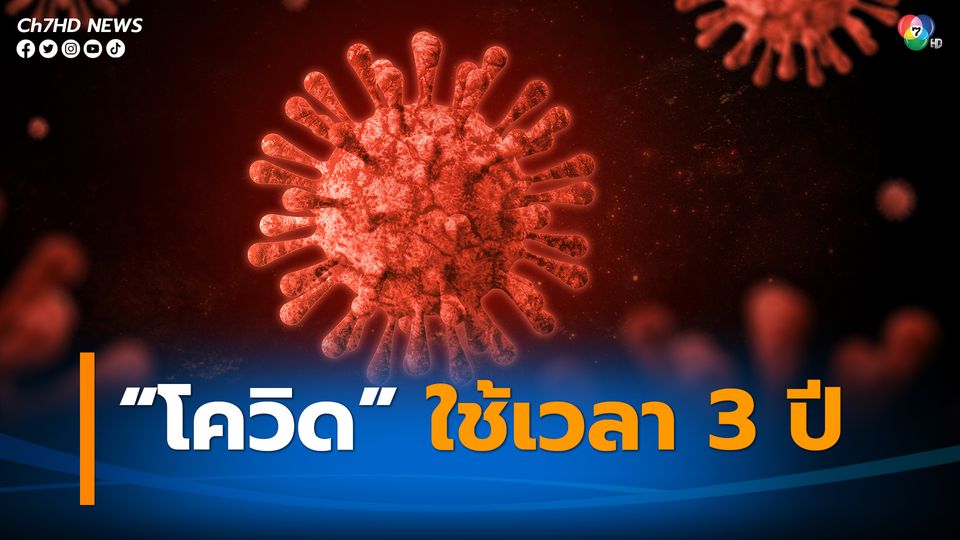 Today (11 Aug. 65) Prof. Dr. Yong Phuworawan, head of the Center specializes in clinical virology. Department of Pediatrics Faculty of Medicine Chulalongkorn University disclosed via private facebook Addressing COVID-19 that we cannot escape the laws of nature In the past, there have been many deadly outbreaks. Whether it is smallpox, plague, and medical knowledge is not as modern as it is today. We were able to get past each other until today. outbreak It won’t last as long as today’s covid-19.

according to the rules of evolution Rabbits used to damage agricultural crops. Humans therefore use a virus that causes severe disease in rabbits to death. and a plague on the rabbits As a result, many rabbits died, but a few were resistant to the virus. and remain for later reproduction increase the same amount

Mo Yong also said that looking back on the outbreak of the disease in the past. Most outbreaks last a year. have a lot of contact For example, cholera in the reign of King Rama 2 or the Spanish flu in the reign of King Rama VI only lasted one year. It turns into a seasonal disease. But the loss is quite large, especially the vulnerable groups, about 1% of the population.

“We estimate that almost every three-year influenza will be one, and at nine years on average it will be complete with three influenza A (H1N1, H3N2) and B. So in children under 9, if Never had a flu vaccination before. The first dose of life must be given twice, 1 month apart, but anyone over 9 years of age is considered likely to have contracted the flu. The vaccination will be a single booster for COVID-19, probably the same if it takes three years, and most people are likely to have been infected with most of them,” Yong said.

At present, our medicine is better. The epidemic, we have been fighting it all along. lengthening the duration of the outbreak and finally the majority of the population would have been infected with the disease Like influenza, a viral disease, mostly in children, the symptoms are mild. Symptoms are more severe in vulnerable groups.
We have extended the epidemic period to two and a half years in order to develop treatment and prevention with vaccines. Vaccines cannot prevent infection. but to reduce the severity late outbreak So there are many infected people. may be in the number of tens of thousands If including infected people have few or no symptoms and did not check It could be a hundred thousand. The problem of the disease is therefore in the fragile specific group. The number of hospital stays is 2,000-3,000 people, 20-30 deaths.

We accept the fact that This disease will be with us forever. and will be able to live together The virus will hurt us less. We have a better immune system. who have been vaccinated against infection and have better medicine The loss rate will be lower. Like any other respiratory disease especially in children when they are Grow up, it will have immunity. And if infected, the severity of the disease will be less.

Previously, Dr Yong stated that COVID-19 about to change from From “dangerous communicable diseases” to “communicable diseases that need to be monitored” for more than 2 years, the severity of the disease has begun to decrease. Although it is still easy to spread The future will be no different from influenza, so we hear that on Oct. 1, 65, there will be a reduction in the level of COVID-19 from a dangerous communicable disease. become a contagious disease that must be monitored as well as influenza and 55 other diseases in the future It would be the same as any other respiratory disease. Believe that Covid will have better and better medicines. and critical care will focus in the vulnerable group with chronic disease

Textured Walls to Enhance Your Decor

See the “once in a thousand years” flash flood in Death Valley National Park from space – Scientific Exploration – cnBeta.COM