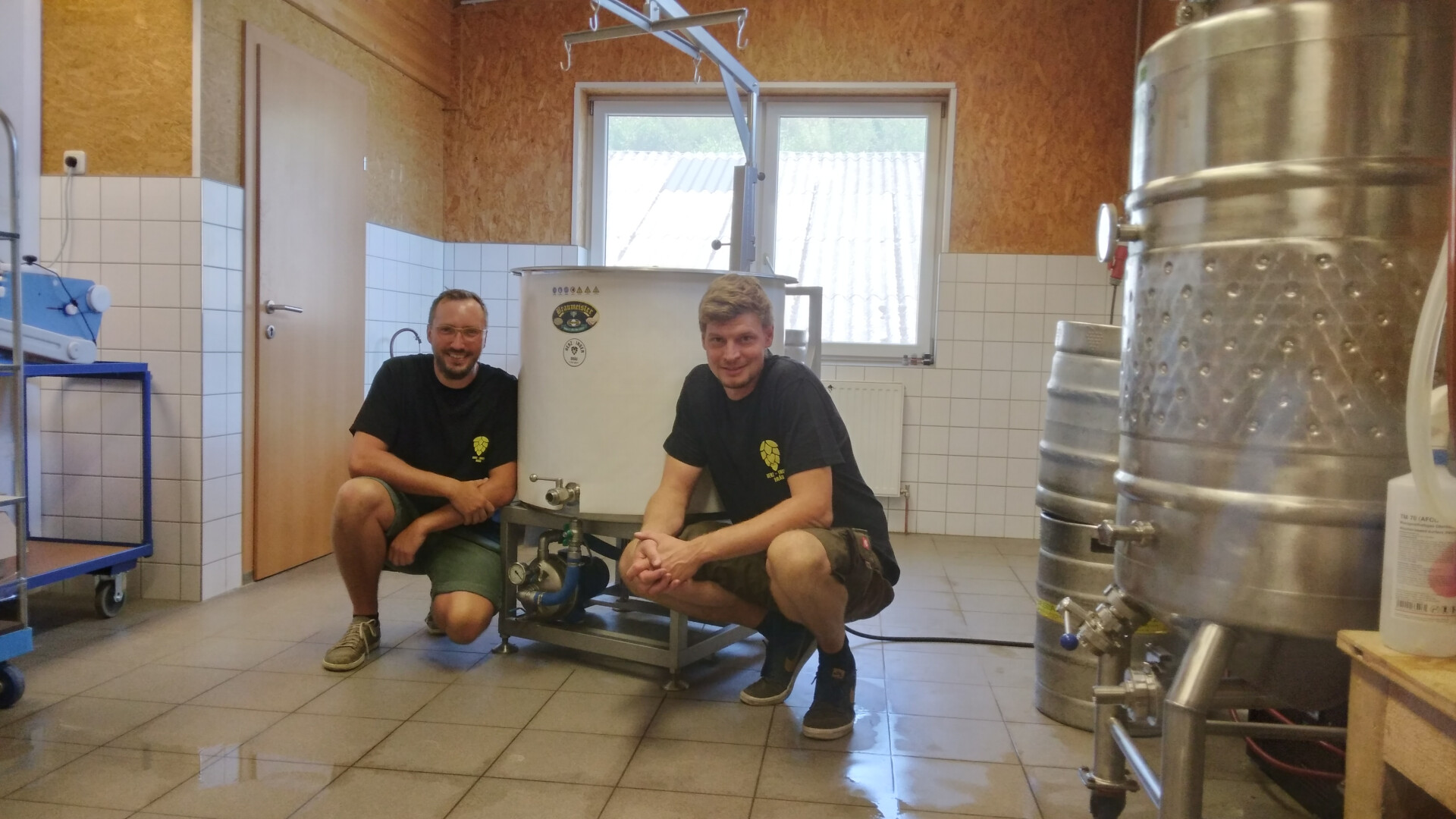 As a reaction to the dominance of a few large breweries, the so-called craft beer scene emerged in the 1970s, starting in the USA. Craft breweries are small, independent breweries that tend to emphasize the craftsmanship and creative aspect of brewing.

In the meantime, the craft beer boom has long since reached Europe and has also left its mark on the Ybbstal. Herz-Inger Bräu has been in Waidhofen for two years now. The company founders and namesakes Manuel Herzog and Mathias Stockinger are linked by a long-standing friendship and a love of beer. This is how the idea of ​​trying to be a brewer came about five years ago. Manuel Herzog remembers: “We sat in a bar, ordered a round and then said to ourselves: We can’t go on like this, we can’t and don’t want to drink the beer that’s available everywhere, we can do it better!”

So Herzog and Stockinger started brewing their first beers with a 50 liter kettle. After these evoked consistently positive reactions in their circle of friends and in their families, the two brewers decided after a few years to expand their production and register a business. “We then invested in a 200-liter kettle and that’s what we’re working with now,” says Stockinger. In January 2020 the company Herz-Inger was founded. Their products soon found a lively market, among other things, a popular Waidhofen pub included the beer on its drinks menu. “Schloss landlord Andreas Plappert was our first permanent clientele,” remembers Stockinger.

The regional roots of their beer creations are also very important to the brewers, as Herzog explains: “We are getting more and more positive feedback from Waidhofen, and our customers are particularly pleased that we are again offering regional beer. Above all, we try to have a regional presence. Be it at the Craft Beer Festival in the Waidhofner Schlosshof or at ‘Weinfind Stadt’. It’s our hometown, we’re proud Waidhofners and we want to brew a Waidhofner beer too.”

Christmas Bock was the most elaborate beer to date

One of Herz-Inger’s most popular beers is the “Waidhopfener Helle”. However, the craft brewers also offer a wheat beer, a pale ale, an IPA called “Hopfala”, a relatively light Maibock that is also suitable for the warm season, and a Christmas bock. “This is our most elaborate and, in my opinion, best beer,” enthuses Herzog. “For example, the wort is spiked in order to caramelize the sugar.” “This gives the beer light caramel notes,” adds Stockinger. “It is then fermented in new barrels and stored for three months. The longer it is stored in the barrel, the milder the barrel taste.”

When asked about the future plans for Herz-Inger Bräu, Herzog says: “Quality is the most important thing for us. We want to remain small but fine, brew good beers and keep coming up with new creations for our customers – this is what gives our brewery its character! Of course it’s good to grow a little, but the most important thing for us is and remains the quality. We attach great importance to first-class raw materials so that the results provide our customers with culinary delights at a high level.” Stockinger adds: “It’s simply an affair of the heart!”

For the craft brewers, the focus is on the creative and artisanal element. However, it is also necessary to break some long-established drinking habits of the population. “We have to get away from the standard beer in Austria,” says Herzog. “We have to go back to a variety, to the many flavors that beer can have.” Another difficult point is that in the minds of many people beer is stored as a cheap drink, but such prices cannot be achieved with artisanal production. The brewers would like to see a rethink here.

Herz-Inger beers are currently available directly from the brewery ( herz-inger.at ) and in the wine bar ” Flaschenpost ” in Waidhofen.

Thank you for your interest in NÖN.at.

Stay up to date with our newsletter.
Subscribe now for free and receive top stories and promotions directly in your mailbox every 2 weeks.

Zelensky changed his position on sanctions against Russians

DID YOU KNOW? WHY IS THE BOOK “THE UNIVERSE IN A NUTSHELL” BY STEPHEN HAWKING INTERESTING?