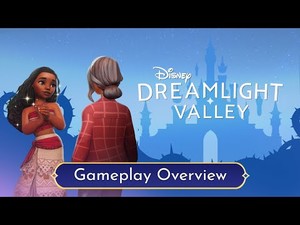 A new trailer for the simulation game ‘Disney Dreamlight Valley’ has been released.

Disney’s Dreamlight Valley is a game in which the objective of the game is to explore various areas to recover the memories of the residents of ‘Dreamlight Valley’, who have lost their memories due to ‘Night Thorns’ that suddenly appeared one day. Dreamlight Valley residents are famous Disney and Pixar characters such as Mickey Mouse, Donald Duck, Ariel, Elsa, Moana and Buzz Lightyear.

The trailer released this time includes a variety of real game scenes such as fishing, crop cultivation, cooking, making things, decorating a house, and rebuilding a village, as well as the ability to decorate the character’s appearance beautifully and uniquely, explore the area and communicate with the residents. have.

In addition, a variety of places and buildings from Disney and Pixar animation are included, so fans of the original work can feel the joy of planting a village and watching the characters moving in it.

Disney’s Dreamlight Valley will be released in Early Access on September 6, 2022, on various platforms including Steam, the Epic Games Store, Nintendo Switch, PlayStation, and Xbox. Early Access is available with the purchase of the Disney Dreamlight Valley Founder’s Pack or a subscription to the Xbox Game Pass.