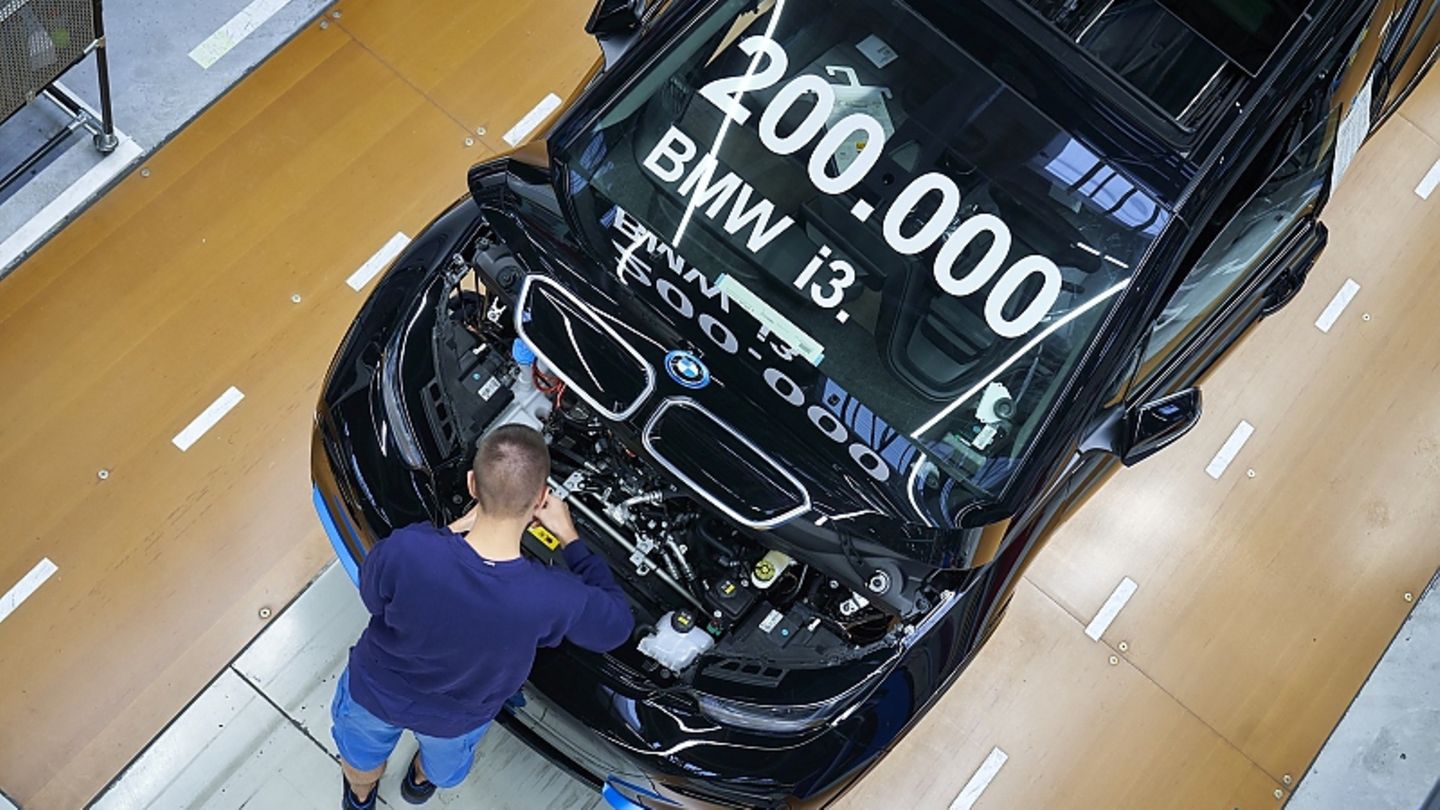 The electric wave is slowly gaining momentum. The number of vehicles with an electrified drive is slowly but steadily increasing in many industrial nations. But what happens to the batteries when they lose their capacity? Are old electric cars perhaps no longer worth anything?

You have heard it again and again: in an electric car, the battery pack is the most expensive component. Regardless of whether the battery is a manageable 35 kW as in a Honda E or just under 100 kWh as in a Porsche Taycan – you won’t find a single part on the vehicle that is of such great value. And even with a hybrid vehicle, replacing a battery is no trivial matter – on the contrary. However, the car manufacturers promise a corresponding shelf life of eight, ten or even more years until the batteries lose noticeable charge strength. And if you look at the batteries of early models such as a BMW i3, a Tesla Model S or a Nissan Leaf, the battery packs, which are mostly installed in the underbody, do not seem to lose performance significantly as quickly as many critics feared.

In addition, car manufacturers are increasingly trying to breathe a second life into vehicle batteries after the tough everyday life on the road. Years ago, Nissan brought discarded battery packs to Amsterdam, where 148 former leaf batteries store three megawatts of electricity in the Amsterdam Arena, which is generated by 4,200 solar modules on the roof of the football stadium where the well-known football club Ajax Amsterdam plays its home games. A similar construct works at Beddington Cricket Club in Great Britain.

Volkswagen’s components division recently opened its first facility at its Salzgitter site for recycling high-voltage batteries that come from cars. The aim is the industrialized recovery of valuable raw materials such as lithium, nickel, manganese and cobalt in a closed cycle as well as aluminum, copper and plastic with a recycling rate of more than 90 percent in perspective. However, only batteries that can no longer be used for other purposes are recycled. Before that, it was analyzed whether the battery is still powerful enough to, for example, receive a second life in mobile energy storage devices such as the flexible fast charging station or the mobile charging robot. However, larger quantities of battery returns are not expected until the end of the 2020s at the earliest. With the pilot plant, however, you want to be prepared for this and gain experience. In a first step, the Salzgitter plant is designed to recycle up to 3,600 battery systems a year – that would correspond to around 1,500 tons of material. If the demand increases, the system can be scaled. “With this, Volkswagen Group Components is taking a further step in its sustainable end-to-end responsibility for the battery as a key component of electromobility,” says Thomas Schmall, Member of the Board of Management of Volkswagen AG, Technology Division around – and are thus pioneers in the industry for a future topic with a major contribution to climate protection and raw material supply. ”

China plans to set up a recycling program for batteries in electric vehicles in 17 cities and regions in order to get the environmental pollution under control. According to an announcement from the Chinese Ministry of Industry and Information Technology, cities and regions should encourage vehicle manufacturers to set up recycling services and work with battery manufacturers, used car and scrap dealers to set up regional recycling systems. In addition, the ministry plans to intensify control of the number of new companies involved in battery recycling and to make optimal use of existing recycling centers. Increased production will create greater demand for replacement batteries while also requiring greater attention to be paid to used batteries. As early as 2018, the Gao Gong Institute, a Chinese research company from Shenzhen, pointed out that the volume of superfluous batteries in China could rise to 250,000 tons by the end of last year. That would be four times the value of 2016.

If the battery in an electric car in the lower or middle price segment is no longer technically up to date after six or eight years, there is a risk of total economic loss, because, unlike a combustion vehicle, the battery and replacement are so expensive that a change is usually hardly worthwhile. Technically, such an exchange is quite possible, but with wages it can quickly exceed 10,000 euros or significantly more that a change would cost. “The automobile manufacturers are still very poorly positioned when it comes to replacing the batteries in electric cars. There are hardly any empirical values ​​and no concrete programs yet,” says Andreas Radics, managing director of the Berylls consultancy. There is still a lot to do until the middle of the decade, because the number of aging batteries is increasing every day.

According to its own information, Mercedes has already integrated three storage units, consisting of automotive batteries, with a total energy of 40 megawatt hours into the German power supply. The Swabian car manufacturer assumes that the automotive batteries can be used economically as energy storage for another ten years in their second life. The energy provider EnBW is working with Audi on the development of stationary storage systems that temporarily store electricity from its own wind and photovoltaic parks in phases of excess energy and support the grid. Discarded batteries from Audi electric cars serve as the heart of the storage system. The “second life batteries” still have a high capacity even at the end of the vehicle’s life and are therefore suitable for use in stationary storage systems. In order to gain experience, EnBW and Audi are planning a reference storage facility on the premises of the thermal power station in Heilbronn, which will serve as a technical and procedural model for further systems in commercial operation.