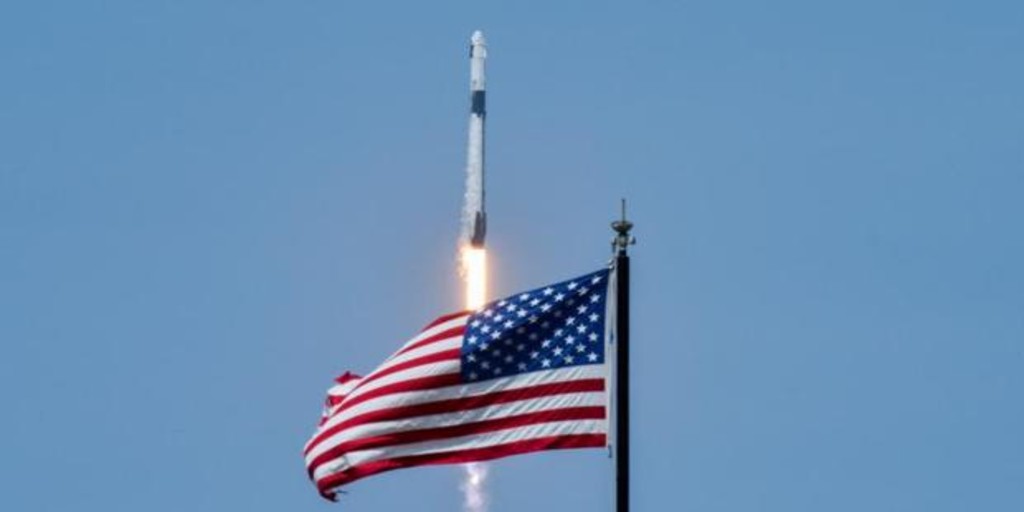 USA inaugurated this Saturday a new chapter of the space conquest in the most purely American way: with private initiative. SpaceX, the entrepreneurial aerospace company Elon Musk, put two astronauts into orbit on the first manned space flight by a private company.

The milestone confirms the paradigm shift in the conquest of space: from large public space programs, such as NASA, to the participation – and, probably, the leadership – of private ingenuity. USA He emerged victorious from the multi-million dollar fight to lead the space race between the United States. and the Soviet Union during the Cold War and now seeks to re-green those laurels at the hands of their companies. The return to the Moon – which NASA is resisting – and the dream arrival on Mars point to occur with the engine of the country’s private business network.

The first step in those ambitious goals occurred on Saturday just before three-thirty in the afternoon in Florida at the Kennedy Space Center. Two NASA astronauts, Robert Behnken and Douglas Hurley, took off on SpaceX’s Crew Dragon, powered by a Falcon 9 rocket, also from Elon Musk’s company.

Their destination was the International Space Station (ISS), where they are scheduled to arrive today Sunday, after a journey of about 18 hours.

The atmosphere and attention in the USA It was that of the great space exploits, when since the 1960s, the country dominated that race in competition with the Soviets and marveled the world by placing the first man on the Moon. Yesterday’s flight had the vintage flavor of that golden age of space exploration. The weather forecast kept SpaceX and NASA engineers in suspense all day, who already had to suspend the first launch date, last Wednesday, due to bad weather.

On Saturday it seemed that history would repeat itself, but finally the clouds made passage to the ship and the rocket, which ascended to the Florida sky among the joy of the attendees. It took off from the same platform that was used in the legendary Apollo missions and ascended uneventfully on the way to the ISS.

As in the old movies of that time, people flocked to the nearby beaches to see the trail of smoke and fire left by the Falcon 9, despite the recommendations of the authorities that there be no large concentrations due to the coronavirus pandemic. . US President Donald Trump returned to Florida with Vice President Mike Pence to witness a historic moment.

“Thank you for putting America back into space orbit from the Florida coast,” Hurley said from the spacecraft to SpaceX engineers, as it was floating in space and from its front viewfinder, the earth looked like a blue ball covered in clouds.

It was a moment of glory for SpaceX, a journey that cements him as the dominator of the private space industry and that brings Musk’s dream of placing a man on Mars closer. But it was also a patriotic vindication of the United States, the world’s economic, military and technological power, in a year in which it has not been able to prevent the more than one hundred thousand deaths from the coronavirus and in a weekend with the big cities taken over by violent protests at the death in Minneapolis of a black man at the hands of the police.

See Also:  A helicopter and a NASA explorer pose for a selfie together before the helicopter is launched on Mars

It was also the first time that the US it sent astronauts into space from its territory in almost a decade. The end of the NASA shuttle era, accelerated by the 2003 Columbia accident – seven astronauts died – forced the United States. to depend on the Russian Soyuz spacecraft to send their astronauts to the ISS. A private company has ended that humiliation and has shown that it can safely transport astronauts into space. And, in addition, with technical innovations, such as the recovery of the rockets used to propel the ships. Falcon 9 took off from the Crew Dragon and landed placidly on a platform in the Atlantic Ocean.

A prototype of the next Elon Musk rocket explodes
Despite the success of yesterday’s launch of its Demo-2 mission, SpaceX suffered a severe blow on Friday when the SN4 prototype of the Starship, the next rocket from Elon Musk’s company, exploded. The explosion occurred during engine tests conducted in South Texas without causing injury. The Starship, a rocket about 120 meters high, plans to transport people and up to 100 tons of cargo on missions to the Moon and Mars.

This is a fully reusable launch vehicle planned by Musk’s space company, whose primary ambition is to make human space travel economically affordable. SpaceX was one of three companies that NASA awarded a billion dollars last month to develop rocket systems capable of transporting cargo and humans to the Moon. Musk’s company proposed Starship for it. The Federal Aviation Administration granted them a license Thursday to begin the first Starship tests, although it was unclear when they would take place. .