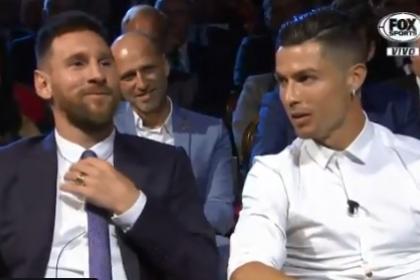 Rains, it pours. Although one is in Spain (for now) and another in Italy, the rivalry between Lionel Messi and Cristiano Ronaldo does not give truce. Only now they are more similar than before because if the Argentine finally leaves FC Barcelona, ​​he will repeat in some way the history of the Portuguese, who did not leave Real Madrid on good terms.

The stories, which were very different, are now beginning to coincide due to circumstances. A week ago, even in the midst of the crisis, there was no room in anyone’s head that Messi could even consider leaving FC Barcelona, ​​the only team in his fruitful career. Now it seems that he communicated it and that he wants to leave immediately. He would be fed up, sure of not having already reached his sports ceiling, tired of managerial nonsense and, at least from what is known from the Catalan press, the relationship with Koeman started as badly as possible.

And then it looks a bit like what happened to Cristiano, although with specific differences. The Portuguese chose a moment of full success, in Kiev, with La Orejona in hand, being the main protagonist of the title, to warn that he would leave, as he did. He left, yes, but in the midst of success and glory.

There was a feeling of lack of love that the Portuguese had from the people. He did not feel so appreciated, according to the Marca de Madrid newspaper, despite being the great star, the man with the titles. That felt a little tired of his ego in a locker room. Above came the mess of the Treasury, in which he felt abandoned by the club, which avoided helping him pay for the tax evasion that he assumed alone. That filled the patience.

In the case of Messi, it is not in dispute that he is the master of the Camp Nou despite everything that is happening, the 8-2 against Bayern and the sum of errors that his fans fully attribute to the managers, nor for a moment to him. Even so, the sports chaos was going to touch him, necessarily. Finally, that’s what the captain is for. If he leaves, he will do so in the midst of defeat, at the club’s worst moment in decades. That makes a difference with Cristiano, although the end could well be the same.

Another detail that makes a difference is the situation in each wardrobe. When Cristiano left, everyone knew they were going to resent him, but that became a motivation because it was a great opportunity for those who were always in his shadow to shine with their own light. Benzema’s current moment proves it. They loved and respected him, yes. But it was not like burning the ships. On the other hand, it is the case of Messi, where the only version of his possible departure has everyone in the estuary with creeps. Puyol spoke, others like Vidal spoke, they all got involved. Nobody has any idea what the dressing room will be without Messi, it is the worst of nightmares. But he got tired and then Koeman’s decision to leave Suárez and probably also Jordi Alba, two of his squires in the dressing room, added to the frustrated return of Neymar, another of his close ones, ended up undermining the motivation of the Barcelona captain.

The other point, which is more doubt than difference, is the destination after making history, literally, in Real Madrid and Barcelona. At that level they are at, they cannot go to a good team. It has to be more than that: a champion team. Cristiano ended up in Juventus, but at 35 his contribution, which has been key in local competitions, where Turin already dominated before his arrival, the obsession of the Italians has not been reflected in the Champions League.

Messi, meanwhile, still does not confirm that he is leaving Barcelona, ​​even less which team he will go to. And the thing is that there are few who may interest you: Manchester City and Guardiola, PSG and his wallet and also his friend Neymar; some more Italian that is not clear because except for Inter Milan there are not many with financial funds to pay it … and it is not a leading team. It is difficult because wherever he goes he will have to score a lot of goals and lift trophies. And no, it turns out that it is not so easy, not even having Cristiano or Messi himself on the payroll.