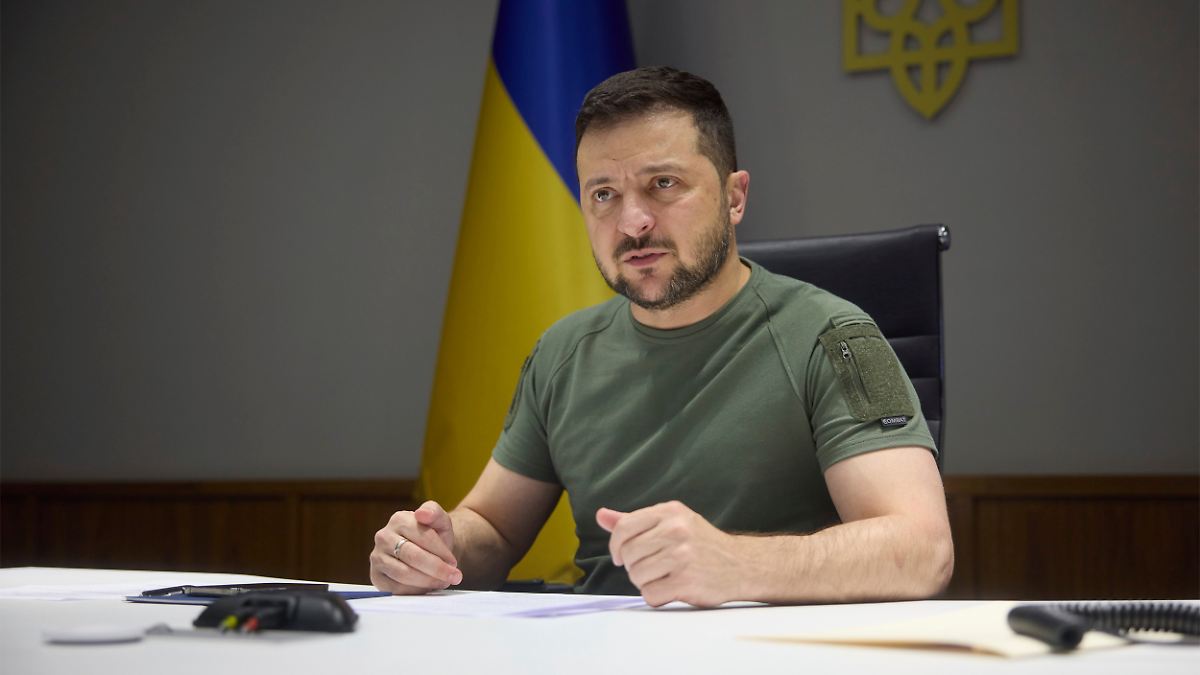 The President of Ukraine decides to deliver his new video address in Russian. This time he also addresses his speech to the people of his wartime enemy. Selenskyj explains to the families there what effects President Putin’s partial mobilization can have on their lives.

Ukrainian President Volodymyr Zelenskyy has called on the Russians to oppose partial mobilization in the country. “Protest! Fight! Run away! Or go into Ukrainian captivity! These are the options for you to survive,” Zelenskyy said in his daily video address in Russian to the people in Russia who are about to be mobilized. According to him, 55,000 Russian soldiers have already died in Ukraine.

Zelenskyy also addressed an appeal to the mothers and wives of the draftees. “Do not doubt that the children of your state’s leadership will not take part in the war against Ukraine. Those who make decisions in your country protect their children. And your children will not even be buried,” he said. Addressing his own compatriots, Zelenskyy said that the mobilization in Russia is a sign of Ukraine’s strength.

With the decision, the war will no longer be just an event from television for the Russians, but will move into real life. For the Ukrainians, on the other hand, nothing will change, they will continue to fight for the liberation of their country, he was convinced. Referring to the UN General Assembly, the Ukrainian President stated that Ukraine now has the support of an even wider circle of states in the international community.

In view of the partial mobilization announced by President Vladimir Putin, numerous Russians have already left the country to avoid being deployed at the front. Long queues have been reported from the borders to several neighboring countries, but current numbers of people fleeing Russia are not yet known. The announcement had also prompted a rush for international flight tickets. According to the booking site “Aviasales”, which is popular in Russia, all direct flights to the nearest former Soviet republics of Armenia, Georgia, Azerbaijan and Kazakhstan were already fully booked on Wednesday.

Putin announced on Wednesday a partial mobilization of Russians of military age. According to Defense Minister Sergei Shoigu, around 300,000 reservists are to be sent to reinforce the Russian and separatist forces in eastern and southern Ukraine.

According to the Russian military, around 10,000 people volunteered to fight in Ukraine within 24 hours. They came to the recruiting offices voluntarily and without waiting for the summons, a military spokesman told the Russian news agency Interfax. On Wednesday, more than 1,300 people were arrested nationwide during protests against partial mobilization in Russia, according to the civil rights organization OVD-Info.