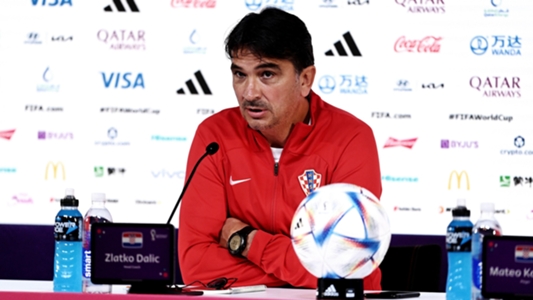 [Japan National Football Team/News]Croatia coach Dalic speaks before Japan vs Croatia in the Round of 16 of the Qatar World Cup 2022.

At the FIFA Qatar World Cup, Japan defeated the powerhouses Germany and Spain in Group E and decided to top the table with six points. In the round of 16, they will clash with last year’s runners-up, Croatia, who finished second in Group E.

Croatia’s coach Dalic said of the decision to face Japan in the next game: “When I saw Spain take the lead early on, I thought everything was decided there, but it didn’t turn out that way. He said that he was surprised by the performance of the Japanese national team. Croatian media “Slobodna Dalmacija” conveyed the words.

“Belgium, Denmark and Germany have already lost from this tournament. If we could choose who we would fight next, we might have nominated Japan. However, looking at the game, they are by no means an easy opponent. No.”

He talks about his impression of Japan in the group stage as follows.

“To finish the group above Spain and Germany is incredible. We have shown on the pitch that we really do not give up and we have won both games against a strong team.”

“Japan’s quality is what they showed in those games. We can’t afford to make mistakes from the beginning of the game, and we need to maintain discipline throughout the game, especially when their counters are unstoppable. You shouldn’t.”

And he explains the importance of the final tournament.

“However, in terms of football, we Croatia have been competing on a par with the best in the world. In less than 30 years since our foundation, we have won two medals in major competitions. The Croatian people are proud of that. I should think about it, and I’m happy.”

“However, we are still a national team that must aim for a higher position greedily.The next match against Japan will undoubtedly be an important match.In 2018, the previous tournament, we were able to win three times in the group stage. But if they had lost to Denmark in the round of 16, the tournament would have ended there, obviously before they made it to the final, and they would have left the tournament as a clear loser.”

“I’m not going to talk about big dreams at the moment. It’s important to quietly prepare for the next step. First of all, I want to show my strength on the pitch.”

The match between Japan and Croatia will kick off at 24:00 Japan time on the 5th. Will the Japanese national team defeat the runner-up country in the previous tournament and advance to the final 8 for the first time?

The first member of parliament to support! Wu Yinong: Thanks to Wang Shijian for serving as the chief supervisor and lending service office | Politics | Sanli News Network SETN.COM