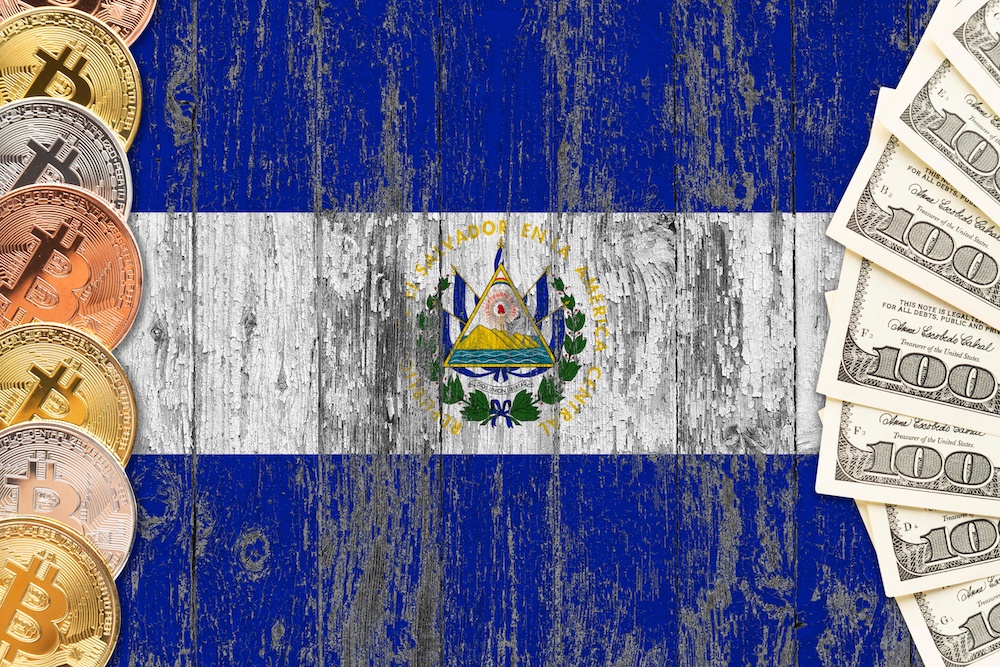 We mentioned to you last week that we had managed to avoid the worst of the correction to investors in the fonds Rivemont crypto. We can now quantify these results. Indeed, the fund was down 4.1% during the month of May, compared to a 35.5% drop in bitcoin for the same period. The fund also significantly outperformed our benchmark, i.e. the index Barclay Cryptocurrency.

To this end, it is impossible to ignore the results of all of Rivemont’s alternative strategies recently. You may have seen the infographic in recent weeks during an advertising campaign. If not, here are the results we recorded for some of our strategies:

A world first has just happened in the history of bitcoin. After the bill was announced during the conference Bitcoin 2021 in Miami over the weekend, the President of El Salvador confirmed this today following a strong majority vote in the Senate. It’s done: bitcoin is now legal tender as a currency in the country.

Making bitcoin legal tender is not just symbolic, quite the contrary. All businesses will now have to accept BTC as a payment currency if the customer wishes to use it. However, they will have the choice of using wallets converting crypto payments into currency. fiat. In addition, this law will make it possible to avoid any capital gain tax on digital currency during its improvement in value versus traditional currencies. Bitcoin is no longer an asset after all, it is a currency.

El Salvador is undoubtedly seeking to become a global hub of the cryptocurrency industry. Indeed, the law provides that any crypto entrepreneur will obtain his permanent residence automatically, as long as he invests at least 3 bitcoins in the national economy. In addition, it is one of the few countries in the world that does not have property taxes.

President Nayib Bukele justified his plan with the stated goal of boosting financial inclusion in a country where barely 30% of citizens have access to banking services. A reminder of the usefulness of cryptocurrencies in less developed countries.

This is a fascinating experience that many countries with the same economic challenges will follow with interest. Already, a member of parliament from Paraguay has called for a similar policy for his country. Above all, it took barely a decade for bitcoin to go from marginal idea to legal tender. What recognition of this revolution, both monetary and technological. After the corporations, are we witnessing a new phase of adoption, this time from the countries? When will central banks have bitcoin reserves?

Former US President Donald Trump agrees in the opposite direction. In an interview at Fox Business this week, the latter said he perceives bitcoin as a fraud that affects the value of the US dollar. His thinking is simplistic and succinct. “Bitcoin looks like a fraud. I don’t like it because it’s a currency that competes with the dollar. [Je veux] let the dollar be the currency of the world. He argues.

Joe Biden’s new presidential entourage, however, does not share this position, at least not entirely. Indeed, Tim Wu, technological adviser and antitrust expert to the American president, has the largest part of his fortune in cryptocurrencies. In public financial papers, we see that he has between $ 1M and $ 5M in bitcoins, as well as between $ 100,000 and $ 250,000 in Filecoin.

Despite the ambivalence of the markets, the adoption of digital currencies is not slowing down, quite the contrary. This week, let us emphasize in particular that the Sharks from San Jose became the first team to accept cryptocurrency payments for ticket purchases and lodge rentals. On the side of Holland, the employees of the pizzeria Domino’s can now choose to be paid in bitcoins. Each week, new steps forward for the recognition of virtual currencies are observed.

We recently shared with you that MicroStrategy and its founder Michael Saylor are preparing to issue corporate bonds in order to proceed with the purchase of additional bitcoins. If the company planned to issue $ 400M in bonds, it has this week raised that threshold to $ 500M. The reason? Institutional interest up to $ 1.6 billion. It must be said that with an interest rate of 6.125% of the coupon, rare are the bonds with such a return in the current market.

There are many readings on the cryptocurrency market, including this weekly newsletter that we try to make as relevant and informative as possible. In the recent ones that have caught our interest in relation to the current place of bitcoin in the macroeconomic portrait, we warmly suggest that you this Goldman Sachs research report. In addition to offering an interesting analysis on the place of bitcoin vis-à-vis other investment vehicles, the document also presents a series of relevant interviews with different actors at the antipodes of the spectrum of adherence to the value proposition of cryptocurrencies.

As for the technical portrait, the symmetrical triangle that we observed the last week again has been broken down, leading to a further downward surge in prices. Support between $ 30k and $ 32k held up, however. The sample remains thin, but the passage of the law by El Salvador along with rising inflation data in China have fueled a rebound in the past twelve hours. Furthermore, string data show that bitcoin whales took advantage of this drop to make massive purchases. Note the purchase of 3,706 BTC for an average price of $ 33,157.

If you are fans of technical analysis after all, we see that from highs near $ 65,000, the price of bitcoin follows an almost perfect classic Elliott wave pattern. Without going into details (which you can however consult here), we now appear to be in the 5th and final wave of the fix. The latter could result in a simple new test of the support at $ 30,000 (experienced yesterday), or in the worst-case scenario, go as far as hitting the $ 23,000 mark. In any case, however, if the model were to be respected, we would be in the last moments before a reversal which could result in a further sustained gradual rise in prices. Hopefully today’s price action is the first manifestation of this.

This article is brought to you by Fonds Rivemont. The Rivemont Crypto Fund is the first and only actively managed cryptocurrency fund in Canada. RRSP and TFSA eligible. Qualified investors can learn more here.

Disclaimer: This column does not necessarily reflect the opinion of CryptonewsFR and does not constitute investment advice or trading instructions.

To buy cryptocurrencies in the SEPA Zone, Europe and French citizens, visit Coinhouse

To generate interest with your bitcoins, go to the site of BlockFi

To secure or store your cryptocurrencies, get the wallets Ledger or Safe

To transact your cryptos anonymously, install the application NordVPN

To invest in mining or masternodes:

To accumulate crypto while playing:

If you want to learn more about Bitcoin and cryptocurrency investing, here are two perfect books: “Understand Bitcoin in 2 hours“and”Invest in Bitcoin“.

Watch the last video “The 5 crypto news of the week”: