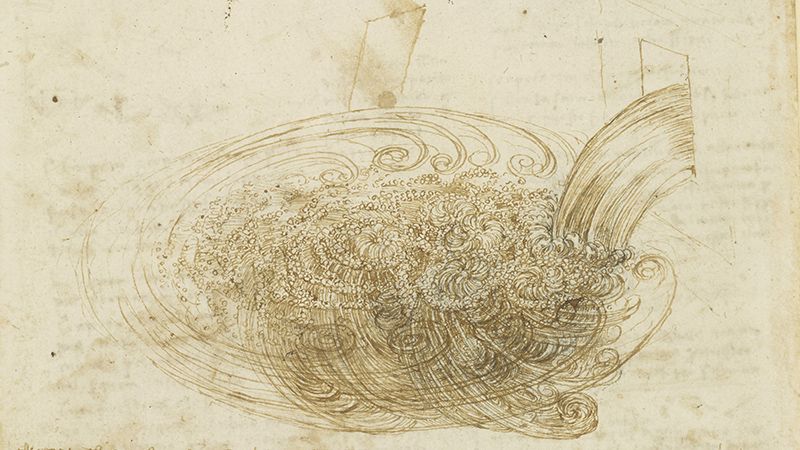 Leonardo da Vinci was known as one of the best painters, leaving behind works such as the Mona Lisa due to his outstanding talent for painting. However, he is also an all-around genius who has overtaken contemporary humans in various fields such as music, architecture, mathematics, geometry, astronomy, geology, and physics. Da Vinci was also said to be a genius in fluid mechanics.

The content published in the journal Nature is a thesis by Martin Kemp, who has been researching da Vinci art while working as an emeritus professor of art history at Oxford University. This paper focuses on da Vinci’s own scientific work on liquid representation.

Da Vinci wrote in his notebook the results and insights of his research during the 40 years of his life. Of course, two-thirds of these have been lost, but 5,000 pages are still in existence, and research is ongoing. This study was based on some of the notes called Codex Leicester. This includes some research on light irradiated to the Earth and the moon, but most of them are insights or experiments on hydraulics, a science that studies the flow and motion of water, which is the predecessor of fluid mechanics.

Da Vinci’s field of study is not only broad, but also his mathematical studies are diverse. Da Vinci made detailed sketches of real water streams, built mathematical models from them, and actually conducted water flow experiments.

Da Vinci bought a barrel from a potter and left a note about his experiments using a glass laboratory tank. He said that he did research on water currents and vortices by pouring water into the finished tank to float the grizzly plant species. Da Vinci also told the Codex Leicester that the phenomenon that occurs at the riverbed can be proved by a simple experiment using sand, and he also experimented by creating an experimental model that mimics the Mediterranean sea.

Da Vinci’s research is original in the early Renaissance and there are many things that predict the future. Related content this placecan be checked in

A beautiful young woman admits to a boldness that shocked everyone.. My religious husband does shocking things to me that no mind would secretly expect in the bedroom!! (exciting details)