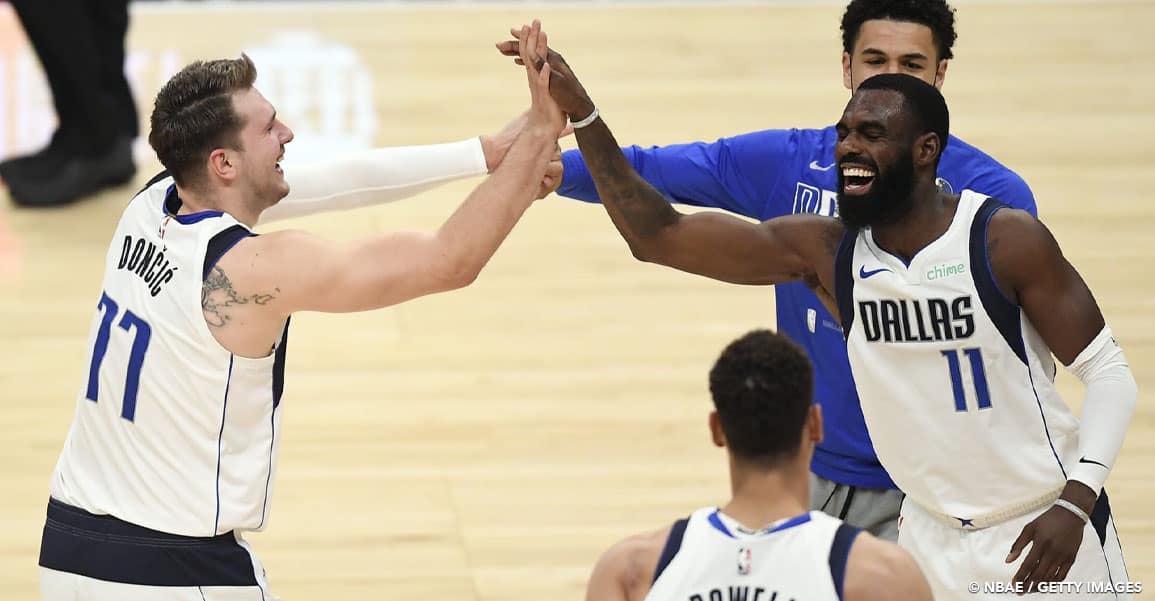 The results of the night in the NBA

– The Mavs are at the gates of the exploit and the Clippers at those of the fiasco. Dallas went on to win Game 5 in LA when the momentum was thought to be in favor of the Californians, who remained on two straight wins in Texas.

The air in the house is not good for Tyronn Lue’s men, who still foiled in front of their home crowd and took the 42 points and 14 assists from Luka Doncic in the face. This is only the second time in NBA playoff history that a player has scored both points / assists at the same time.

– Led by 16 points in the 4th quarter, the Clippers came back to height in the money time but Paul George (23 points), ni Kawhi Leonard (20 pts), could not avoid this new hopeless setback. Holder, Nicolas batum recorded 10 points, 7 rebounds and 2 assists.

– This is only the third series in NBA history and the first since 1995 where the away team has won all matches. Dallas can fold the case at home in 48 hours and beat the odds.

How the Clippers lost a terribly important Game 5

– No Embiid, no problem. At least against the Wizards. Philadelphia validated their ticket to the next round by dominating Washington in Game 5. Ben Simmons finished in triple-double (19 points, 11 assists, 10 rebounds), while his Call of Duty teammate Seth Curry feasted (30 points, personal best in the playoffs) and that Tobias Harris added 28 points to the equation.

The Sixers broke away in the second half and the combined 56 points of Westbrook and Beal did nothing.

🔔 The @sixers advance to the East Semis vs. ATL, with Game 1 Sunday. pic.twitter.com/rgXt9x1Lmh

– This series took a pretty clear turn as soon as Donovan Mitchell returned to competition. The All-Star full-back had missed the first game, lost to the Jazz, and his team won the next four on his return. Yesterday evening, he was still the main architect of his victory by slamming 30 points and 10 assists. He seems to have taken a step forward in the playoffs. He is more judicious in his decision-making. Sharper in his attacks. And in the end, there was no real photo between Utah and Memphis.

– Big match of Rudy Gobert also. Brilliant throughout the series, the Frenchman compiled 23 points, 15 rebounds and 3 blocks to once again gain the upper hand over Jonas Valanciunas. He has averaged 17 points and 13 rebounds since the start of the playoffs.

– This Grizzlies squad doesn’t have to bow their heads. Memphis returned to the playoffs and the squad’s young players have been very interesting to follow, starting with Ja Morant. The future looks intriguing and exciting in Tennessee.

– 7 years of waiting to finally get out in the first round. Despite the home advantage and despite a Game 5 played at Madison Square Garden, the Knicks were outclassed by the Hawks. And especially by Trae Young. The new public enemy of the Big Apple has once again silenced the opposing supporters by sticking 36 points in addition to his 9 assists. The All-Star point guard flew over the series for his big playoff debut. He’s been brilliant all the way, so he leads his team into the second round, where Atlanta will meet Philadelphia.