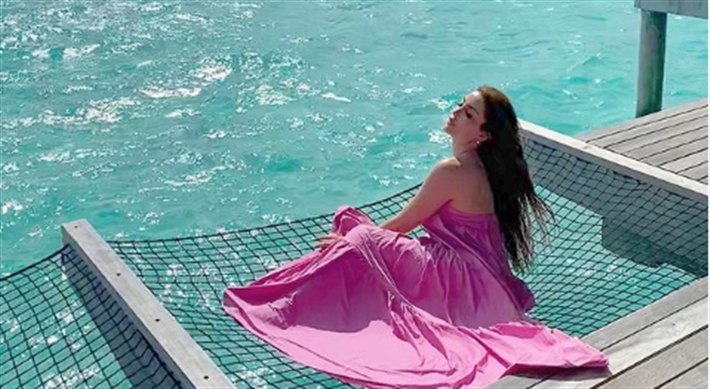 Actress Nisreen Tafesh continues her summer vacation in the Maldives, after her trip to Dubai.

As usual, Nasreen loves to share with her audience all her moments and how she spends her time anywhere.

Nisreen published a video on her Instagram account, in which she showed the place she resides in and the beautiful landscapes that she wakes up from and sees.

She also shared her audience with videos that she published via the short story feature, in which she appeared dancing to the tunes of a Persian song before she went to the spa to undergo relaxation sessions.

On the other hand, Nisreen Tafesh participated in the Ramadan 2021 drama in the series “Al-Maddah”.

After it topped the trend, the full story of Mayar Al-Beblawi’s disease