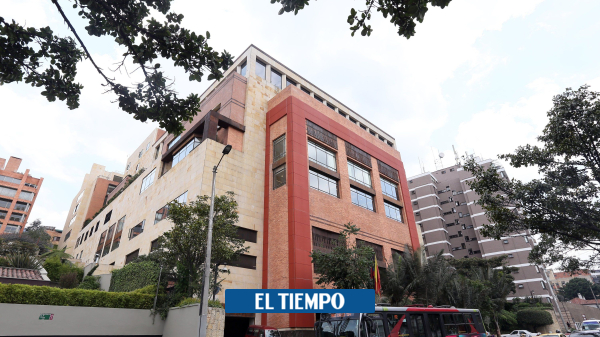 In a 45-page ruling, the Superior Court of Bogotá declared void the minutes with which the club El Nogal, from Bogotá, took away the status of partner from journalist Daniel Mendoza, after he made some complaints against the directives of the place.

(Read also: Court orders the court to take a new decision in the case of the author of ‘Matarife’)

“I beat the El Nogal Club. The court upheld my fundamental right to freedom of expression. In conclusion, it tells me that I had the right to write and denounce the criminality of the members and their board of directors,” Mendoza, known on his Twitter for being the scriptwriter of the web series’Matarife‘.

The expulsion of the journalist from the prestigious club took place in three minutes, dated February 1, 6 and 15, 2017, after allegations of corruption against executives.

I beat Club El Nogal. The court upheld my fundamental right to freedom of expression. In conclusion, he tells me that he had the right to write and denounce the criminality of the partners and their board of directors. My lawyer, Yeferson Dueñas, fought for 4 years, until he won. pic.twitter.com/oWnxwrIwPK

(More notes: This is how weapons are sent from the US for drug traffickers and criminals in Colombia)

In this process, the first decision of the Court had not been favorable to Mendoza. In principle, the Civil Chamber of the Superior Court of Bogotá denied his claims and maintained the expulsion. In this regard, Mendoza presented a tutela and on May 27, the Supreme Court of Justice ordered the court to issue a new ruling in which it would analyze the controversy over the violation of his right to freedom of expression.

However, in a second decision, on June 30, the court upheld Mendoza’s expulsion from the club, arguing that the freedom of expression it has limits.

Because of this emotional situation, on July 8, the man filed an incident of contempt against the Court, which was studied by the Civil Cassation Chamber of the Supreme Court.

(You may be interested in: Eln claims the kidnapping of a soldier and a sergeant in Arauca)

And a month ago the Supreme Court had again ordered the Superior Court of Bogotá to make a new decision, and said that that corporation did not comply with sections of its sentence, because it did not examine the necessity and proportionality of the sanction, the causes invoked to justify it; if the expressions were opinions and, therefore, could be countered through the reply of those affected and not with a sanction.

The court also did not analyze – the Court considered – if Mendoza’s speech had a spirit injurious or was it just the defense of some ideas and if objectively its manifestations damaged the essential nucleus of the rights to the honor and good name of the club and its associates.

–Assets of ‘Ghost Memo’, in fund for reparation of victims of the Auc