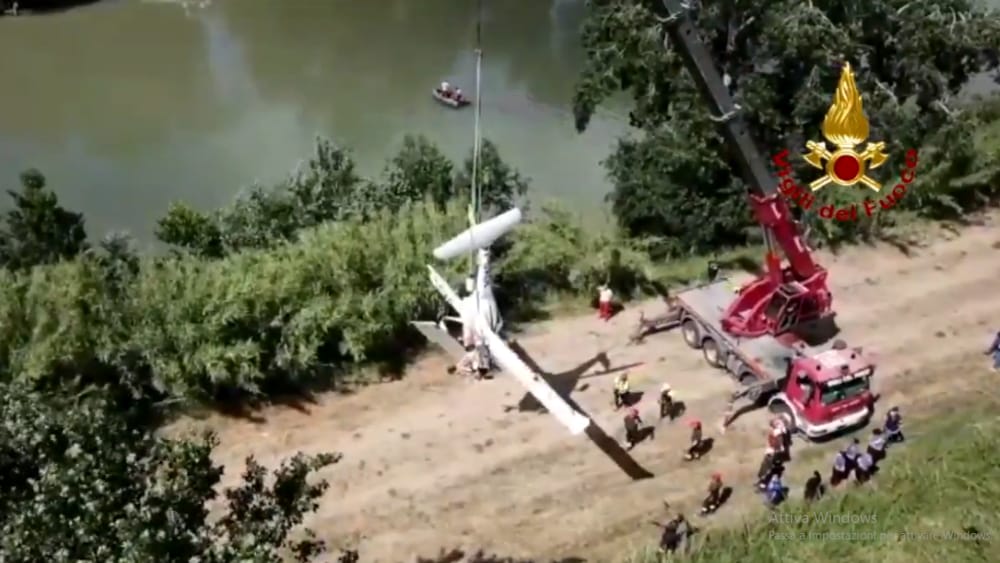 The body of Daniele Papa, the 23 year old from Cerveteri who died after being stuck in the plane sunk in the waters of the Tiber last Monday, was recovered by the firefighters. After 48 hours, the firefighters in fact finished the recovery operations of the wreck of the small two-seater aircraft, located at a depth of about 10 meters in the area of ​​via Vitorchiano, at the Due Ponti.

In addition to the firefighters, the state police, the magistrate on duty and the relatives of the young pilot student of the Urbe Aero School were present on site. The tragedy had taken place around 3:30 pm on May 25th when the Diamond pilot, who had just left the nearby Urbe airport, attempted a bitterness in the waters of the Roman river due to the still being examined by the offenders.

The pilot, Giannandrea Cito, managed to get out of the plane, the fate of Daniele Papa was different, with the 23-year-old who disappeared in the waters of the Tiber with seat belts still fastened.

First identified the plane and then the lifeless body of the boy from Cerveteri in the afternoon of today the firemen managed to recover the aircraft.

Your browser cannot play the video.

You need to disable ad-block to play the video.

Just wait a moment, after you have activated javascript...

Maybe it might interest you, after you have activated javascript...

You need to activate javascript to play the video.

???? #Rome, plane in the Tiber: the body of the boy who died in the accident two days ago was recovered from the #vigilidelfuoco. The operation concluded with the recovery of the small aircraft that had sunk in the Due Ponti area around 3pm today # 27 May pic.twitter.com/32OPUhRaGk