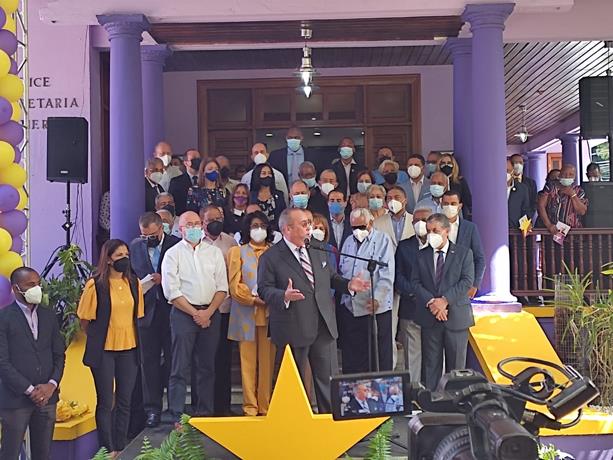 The former president of the Republic, Danilo Medina, was the great absentee during the act carried out by the Dominican Liberation Party (PLD) in commemoration of the 112th birthday of Professor Juan Bosch this Wednesday.

In the ceremony held at the national house of the purple party, which was founded by Bosch in December 1973, the main words were spoken by the secretary general of the PLD, Charlie Mariotti, which further noted the absence of Medina, who for the same is the president of the political entity.

Party authorities did not release an official reason for the ex-president’s absence.

The act in commemoration of Bosch and Medina’s non-attendance occurs right in the middle of “Operation Medusa” led by the Special Prosecutor’s Office for the Persecution of Administrative Corruption (Pepca), which is being held in custody and awaiting his knowledge of the coercion of the former Attorney General and member of the Central Committee of the PLD, Jean Alain Rodríguez.

It has been customary for the former president not to expose himself to the media during operations carried out by the Public Ministry that have implicated former officials of his government.