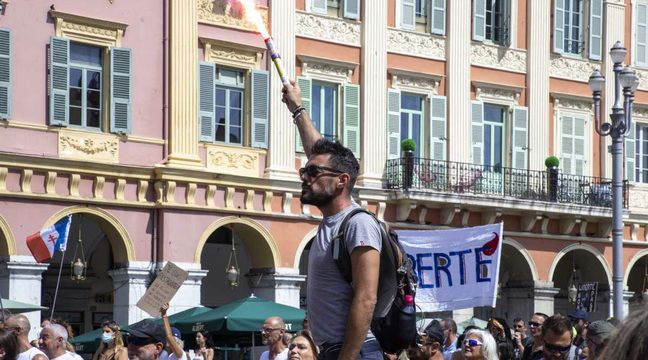 “Full support for Christian Estrosi who was the victim this afternoon of an unacceptable intimidation attempt. Thank you to the police who ensured the protection of his home, ”tweeted Saturday evening Gerald Darmanin, the Minister of the Interior, following the demonstration against the health pass in Nice.

Full support for @cestrosi who was the victim this afternoon of an unacceptable attempt at intimidation.
Thank you to the police who ensured the protection of his home.

During this rally, several people tried to approach the home of the mayor of Nice, shouting “Estrosi, collabo! “, like testified in a video of the journalist from Nice morning. Police then formed a roadblock to prevent them from passing and fired tear gas.
According to the information from France Bleu Azur, an individual was arrested.

Thursday, the elected official denounced the consequences of the weekly meetings of the demonstrations on the economic activity of Nice. Bernard Gonzales, the prefect of the Alpes-Maritimes then issued an order on Friday to ban demonstrations and gatherings in certain areas of the city center.

Christian Estrosi reacted on Twitter after the events of Saturday: “As a public official having disagreements which generate provocations I am used to it and that is part of the responsibilities that I assume. To attack my family home is unspeakable and illustrates the savagery of those who claim to defend a just cause. “