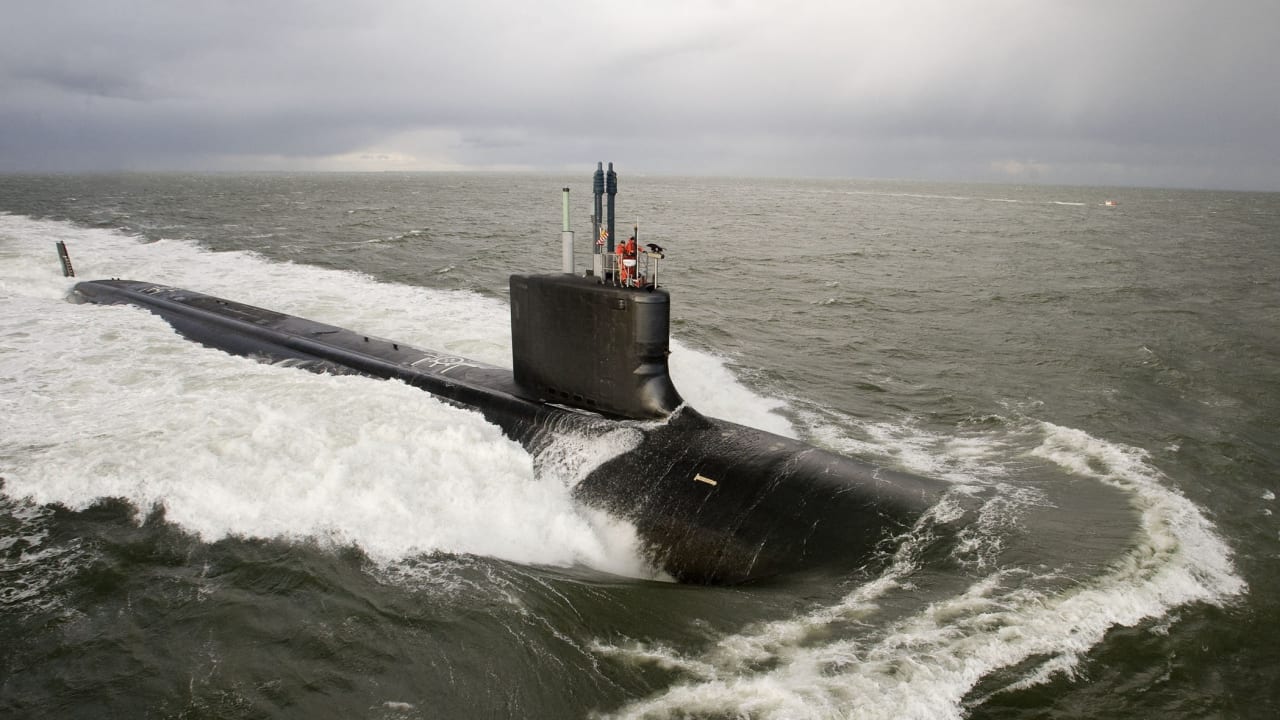 They hid the secret information in bags of chewing gum and peanut butter sandwiches.

A US Navy engineer is said to have tried to sell secret information about the construction of the reactors of nuclear submarines to a foreign secret service.

The 42-year-old Jonathan Toebbe, who had access to confidential information classified as top secret, and his wife Diana (45) were arrested over the weekend, the US Department of Justice said on Sunday. You have to answer for attempted espionage and violation of secrecy under the Atomic Energy Act.

Accordingly, the two sold secret plans for nuclear-powered US warships to the representative of an undisclosed foreign government for almost a year. What they didn’t know: it was an undercover FBI investigator! For the sale, the couple received a total of around $ 100,000 in crypto currency.

Toebbe first sent a packet with secret data to the foreign government in April 2020 in order to establish contact. However, this package was intercepted by the FBI. “I apologize for this poor translation into your language. Please forward this letter to your military intelligence service ”, it is supposed to have said. “I believe this information will be of great value to your country. It’s not a joke. “

In June 2021, the engineer agreed to deposit a memory card with confidential information in a location in the US state of West Virginia for the alleged secret service. His wife is said to have supported him. According to the allegations, the FBI then found a memory card with a data volume of 16 gigabytes hidden in a peanut butter sandwich. The information on the map contained military secrets related to the construction, operation, and performance of the nuclear-powered submarines.

After another payment, the engineer delivered the buyers – i.e. the FBI – an even larger memory card with more secret information in July. A third exchange followed in August. Then the arrest this weekend.

What drove the father of two Jonathan Toebbe and his wife to do so? Did you have money problems? Completely unclear! Outwardly, they led a perfectly normal family life in tranquil Maryland. A children’s bike is parked in front of their pretty house. A sign of the “Black Lives Matter” movement hangs on the basement window. Diana posted many photos of her apparently happy little family on Instagram.

In order to interact with or display content from Instagram and other social networks, we need your consent.

According to the FBI, the material that Toebbe sold was information about “Virginia-class” nuclear submarines. These submarines, which cost around three billion US dollars each, were among the most advanced submarines in the Navy and should be in service until at least 2060, it said.

Nuclear-powered submarines had recently caused a stir after the United States and Britain promised their ally Australia some of the submarine’s secret technology. Such submarines can stay under water significantly longer, travel farther and are more difficult to detect for enemy seekers.