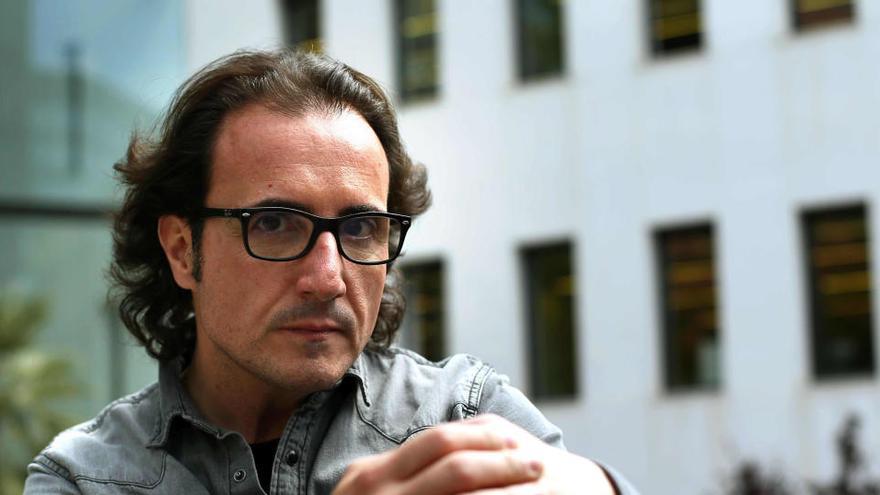 The writer and musician David escamilla has dedicated the confinement to prepare ‘Only the truth is sexy’, a volume that compiles 27 years of his poems, and an album, ‘Time between two is secret’, which will be released next spring and which will feature the collaborations of Joan Manuel Serrat and Ana Belén, as advanced in an interview.

“The months from March to May were powerful and fruitful,” says the writer, who rewrote his five poetic works in Spanish since 1993, previously in Catalan, and originally wrote ‘When you come back I’ll be waiting for you.’

In addition, in time of confinement he has also composed an album, ‘The time between two is secret’, which he will publish in spring 2021 and for which he has already recorded the songs ‘Disfraz’, in duet with Joan Manuel Serrat, and ‘Fragilidad’, with Ana Belén, two collaborations for which he feels “the greatest gratitude”.

Under the idea that “each couple inaugurates a secret time that no one else knows”, Escamilla has conceived the album as a novel that narrates the relationship of two lovers through 10 songs composed with their original lyrics and music, with a piano, a double bass, two trumpets and a viola.

Instruments that, according to the poet, create “noble, classic and absolutely authentic sounds”, and which he defines as “true”, regarding the value he claims in his latest book ‘Only the truth is sexy’ (Seurat Ediciones).

The title comes from “a three or four meter graffiti” that Escamilla saw on a wall in the Born district of Barcelona while having breakfast in a bar sixteen years ago and it became his “life motto”.

The writer defends in his work that lying to others and ourselves, “cheating the lonely”, supposes “living a fictitious life”, and for this reason he vindicates the need to “live oriented to the truth”, despite the fact that ” like utopia, we will never fully conquer it. ”

Despite the proliferation of fake news and denial movements, Escamilla does not cease in his optimism and trusts that “truth, science and honesty will be back in fashion.”

As an example, he points to the speech of Kamala Harris, the elected vice president of the United States, who affirmed after the Democratic victory in the elections that “citizens have chosen the truth.”

Son of a Catalan father and Italian mother, David Escamilla defines himself as “a European citizen”, and although he considers that since childhood he has had a “poetic look”, he points to his studies at the Italian school in Barcelona as one of the most decisive influences to have devoted himself to poetry.

Poetry, “a way of being in the world”

He sees poetry as “a way of being in the world” and although at the age of 51 he has made a compilation of his work, he does not consider it finished, and assures that he will continue writing poems until he dies.

The poet alludes to Joan Margarit, one of his references and prologue of one of the titles included in his work, in the idea that “music, beauty, poetry and ultimately, art and culture, help in times of hardship and war” .

In this sense, it vindicates the power of poetry as the maximum exponent of “authenticity and introspection”, and invites us to “maintain an internal dialogue and” turn our gaze inwards “, something that Escamilla assures us will allow us to” live more with dignity “because” the most important things, such as happiness and truth, are always within us. ”