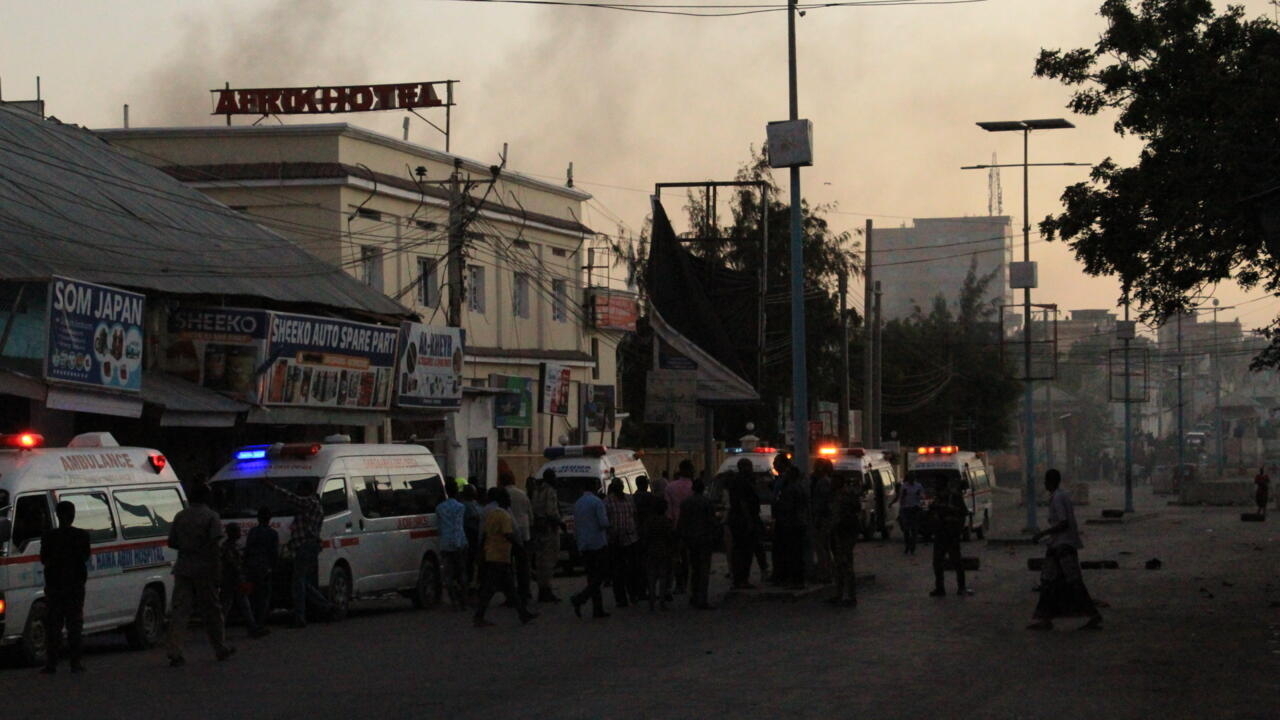 At least three people died and six others were injured in a hotel attack on Sunday in Mogadishu, Somalia. The Islamist group of Shebab claimed responsibility for the attack which was still going on in the evening.

Radical Shebab Islamists attacked a hotel in central Mogadishu, Somalia on the evening of Sunday, January 31, leaving at least three dead and six wounded, we learned from a security source.

On Sunday afternoon, a car bomb exploded in front of the Afrik Hotel, located near the airport, then armed men entered the building, exchanging gunshots with security personnel.

“So far the death of three people, two civilians and a security agent, has been confirmed. But the toll could be higher,” Mohamed Dahir, an official of the national security agency, told AFP.

He added that six civilians were wounded and that the “siege”, which began more than five hours ago, was continuing.

“We believe there are three terrorists holed up in a room on the lower level of the main building. But unfortunately there are still civilians stuck inside, although many of them, including senior military officials. , were rescued and extracted from the building, ”Mohamed Dahir also declared.

A hotel frequented by Somali officials

The Afrik Hotel, located near KM4, a busy crossroads in central Mogadishu, is used by Somali officials, members of the security forces and community leaders, among others.

“The terrorists attacked the Afrik hotel around 5 pm and the police immediately entered the building,” police spokesman Sadik Dudishe said in the evening.

On Sunday evening, the hotel was surrounded by the Somali armed forces and the entire area surrounding it was cordoned off, an AFP journalist found on the spot.

Witnesses confirmed to AFP that a large explosion took place in the late afternoon, followed by smoke, after a car driving at high speed crashed into the entrance to the hotel.

“There was another explosion after the first big explosion, gunmen entered the building and security forces are exchanging gunshots with them,” said Osman Saadaq, a witness.

Series of shots inside the building

“It is very difficult to confirm what is going on inside the building at the moment but there is shooting,” said Muhubo Said, another witness.

On Sunday evening, witnesses still said they heard sporadic gunfire and explosions, which could come from grenades. The shebabs claimed responsibility for the attack in a brief statement.

“The Mujahedin are taking part in an ongoing operation inside the Afrik hotel, where members of the apostates are posted,” they said on a pro-shebab website.

Somalia has plunged into chaos since the fall of President Siad Barré’s military rule in 1991, followed by a war of clan leaders and the rise of the Shebab.

The latter controlled the Somali capital before being ousted in 2011 by African Union (AU) troops who support the fragile Somali government.

The shebab still control large rural areas from which they conduct their operations.

Somalia was due to hold presidential and legislative elections before February 8, but that process became mired in disagreements between the internationally backed federal government in Mogadishu and Somali regional states.