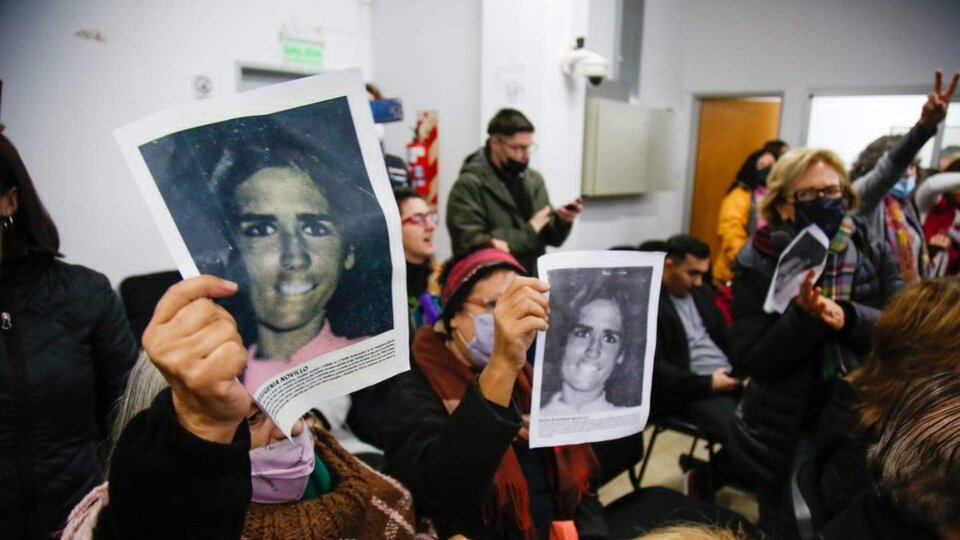 For the first time, the Argentine justice considered accredited what has been denounced for decades: what in Campo de Mayo, Army planes were used to eliminate people who had been kidnapped and who were put to sleep before being thrown into the waters of the Río de la Plata or the Argentine Sea. The Federal Oral Court 2 of San Martín sentenced three members of the Aviation Battalion 601 -based in the country’s main military garrison- already Santiago Omar Riverosformer commander of Military Institutes, to life imprisonment. The court ordered that all of them, except Riveros, go to common prison if medical studies confirm that they are fit.

The judges Walter Venditti, Stephen Rodriguez Eggers and Matthias Mancini Luis del Valle Arce, Delsis Ángel Malacalza and Eduardo Lance were sentenced this Monday afternoon, who were the hierarchical cadres of the Aviation Battalion 601 between 1976 and 1977. In addition, Riveros received his sixteenth life sentence for having had under his orbit of influence everything that happened in Campo de Mayo.

Sentence marks a milestone by recognizing the existence of death flights in Campo de Mayo and therefore as extermination mechanism executed by the Army. In 2017, the Federal Oral Court (TOF) 5 of the City of Buenos Aires sentenced two pilots who managed the death flights with which the Navy got rid of its detained-disappeared. This mechanism was proven in the case of the Mothers of Plaza de Mayo, the French nuns and the rest of those kidnapped in the operation of the Church of Santa Cruz in December 1977.

In this case, the TOF of San Martín analyzed what happened with four victims that they were kidnapped in the Campito, one of the clandestine centers that operated within the Army garrison, and whose bodies appeared on the Argentine coast. They were the cases of high school students Juan Carlos Rosace y Adrian Accrescinbeni –kidnapped on November 5, 1976–, of Robert Arancibia –the militant of the Revolutionary Workers Party (PRT) kidnapped on May 11, 1977 while he was at home with his partner and their two little children– and of Rosa Eugenia Novillo Corvalan –Kidnapped between October and November 1976–.

Because of these facts, the TOF blamed those who made up the structure of the Aviation Battalion and Riveros, who was in charge of the Military Institutes Command. However, the court asked Judge Alicia Vence to deepen the investigation into those who acted as pilots and co-pilots of the flights of death.

Arancibia was kidnapped on May 11, 1977 from his apartment on Paseo Colón Avenue. He was with his partner, María Eugenia Zago, who was a doctor and, like him, a PRT militant. In the house were also his two children, Adriana and Martin. During the trial, Adriana shared a memory of hers that accompanied her for more than four decades: her desire to put “a Band-Aid” on her father because she had hurt him. Arancibia and Zago were taken away. The boys were initially left behind and then transferred to the Riglos Institute –an institution for minors–.

On November 24 of that year, the newspaper Clarion published a note about Adriana and Martín, which was titled “They are looking for relatives of two abandoned children.” The article said that on May 11, 1977 they had been found “lost” or “alone”, which was clearly a lie. As a form of reparation, TOF 2 of San Martín ordered the decision to be communicated to Grupo Clarín so that it can rectify that information.

Judges Venditti, Rodríguez Eggers and Mancini also ordered that the Forensic Medical Corps (CMF) carry out studies on Arce, Lance and Malacalza to determine what pathologies they have and if they can serve the sentence in common jail. That resolution was especially shocking to Lance, who was clutching his head from his house while a woman with him screamed at the computer.

Meanwhile, the TOF asked the Ministry of Justice of the Nation to incorporate them into the electronic surveillance program and place geolocation devices on them. The case of Riveros –the multi-convicted genocide– is different because he is on probation, which is not effective because he is also still available to a court in Comodoro Py.

The mechanics of the death flights in Campo de Mayo were reconstructed, in the trial that began in October 2020, thanks to the declarations of dozens of former conscripts who recounted what they saw there between 1976 and 1977. They reconfirmed the information that a few members of the intelligence services had given in the first months of democracy, when they appeared before the National Commission on the Disappearance of Persons (Conadep). The issue of death flights was also present in the public confession of Sergeant Víctor Ibáñez in the mid-1990s.

The survivor Juan Carlos “Cacho” Scarpati was able to recount how the detained-disappeared lived on the days when the trucks arrived in the area where the Campito was located. There, they listened to how different hostages were named. Everything happened while the trucks had their engines running. Later, the clothes of the detained-disappeared were incinerated. In general, the “transfers” happened one to three times a week.

In some cases, the conscripts found belongings of men or women near the runway where the planes that left the Campo de Mayo garrison taxied at night. Some reported finding ampoules of Ketalar, the drug used to numb those who would be thrown into the waters. According to the memories of the ex-conscripts, the common destination that the aircraft took was Punta Indio.

During 1976, the plane that was used for the death flights –according to the reconstruction of the prosecution and the lawsuits– was a Twin Otter, which is still operational in Canada. In 1977, the Army acquired the Fiat G-222 –which were found during an inspection carried out by the TOF in Campo de Mayo–. These aircraft will be located in the memory site that the national government prepares in the military garrison.

VIDA VERDE – New species of giant water lily, the largest in the world

Approaching 18.90 pounds .. a new rise in the price of the dollar today