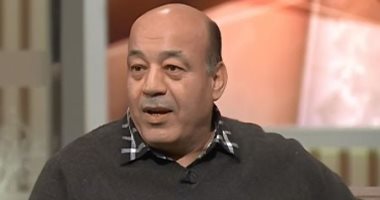 top artist Hajjaj Abdel Azim, Research indicators After announcing the death of his sister Fatima, who left our world two days ago, and a number of artists supported their colleague Hajjaj Abdel Azim on the social networking pages, where the artist Salah Abdullah wrote: “God bless you. Naima.”

And the artist Hani Ramzy wrote: “Survival and permanence for God, my love, and may God comfort you and give you patience, O Lord.”

The artist, Hajjaj Abdel Azim, had recently announced, on his page on the social networking site “Facebook”, the death of his sister Fatima, and commented: My dear, affectionate sister, who was like a mother… Fatima Abdel Azim… Please pray for her and read Al-Fatihah… with a thousand Safety, dear.

The artist, Hajjaj Abdel Azim, had announced last Monday, the death of his wife’s sister, after a struggle with illness, asking the public to pray for her mercy and forgiveness, and wrote through his account on Facebook: “My wife’s sister passed away after a struggle with illness … Oh God, forgive her and pardon her.” and enter her into your paradise

The artist, Hajjaj Abdel Azim, participated in the last Ramadan season in a radio series called “Al-Sahbajia”, which is broadcast on Radio Egypt, starring: Iman El-Sayed, Mirna Walid and Randa El-Behairy, and it was broadcast daily before breakfast.