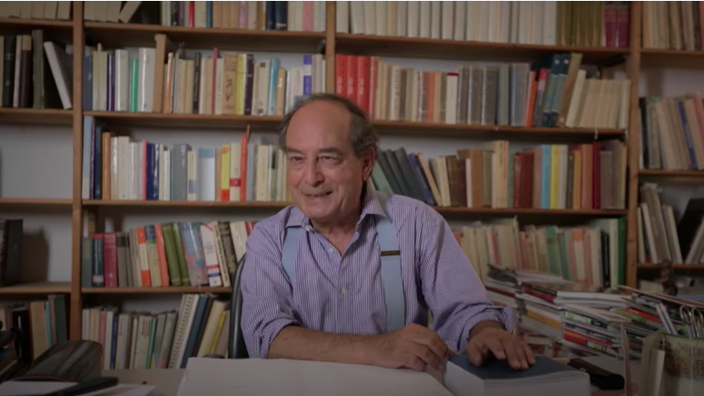 DISAPPEARANCE – The Italian writer and publisher, died at the age of 80 following a long illness, announced the Adelphi publishing house, which he had run for fifty years, on Thursday.

Italian writer and publisher Roberto Calasso «a literary institution on its own“- whose scholarly explorations of myth and literature have been translated into more than twenty languages ​​- has died at the age of 80, the publishing house Adelphi announced on Thursday.

Son of an antifascist university professor, the writer was born in Florence in 1941. He very early showed a prodigious literary intelligence, reading the famous In Search of Lost Time by Marcel Proust at the age of thirteen.

Polyglot, among his most famous works we find: The Ruin of Kasch (1983), Ka (1996) and The Wedding of Cadmos and Harmony (1988), a revisit of Greek myths. His favorite themes ranged from ancient gods to painter Giambattista Tiepolo to writers like Franz Kafka or Charles Baudelaire.

He has a significant place in Italian culture as director of the prestigious Milanese publishing house Adelphi Edizioni where he worked for almost sixty years and which he acquired in 2015 to prevent its purchase by the multinational Mondadori.

“Roberto Calasso has been and will continue to be a central reference figure for the Italian and international literary scene,” said rival publishing house Feltrinelli.

The difficulty of putting the editor in a box was summed up by the writer Italo Calvino who explained that La ruin du Kasch was dealing with two things: statesman Charles-Maurice de Talleyrand-Périgord and all the rest.

The Paris Review, an English-language literary review, called it “ literary institution on its own“. His motley interests included American actor Marlon Brando, 17th century writerse century or the hieroglyphics. Roberto Calasso became one of the best known writers in Italy.

His death, after a long illness, coincides with the publication of two new works. One of them collects his childhood memories during the war in Florence where one of his first memories was that he had to hide with his parents from the fascist police.