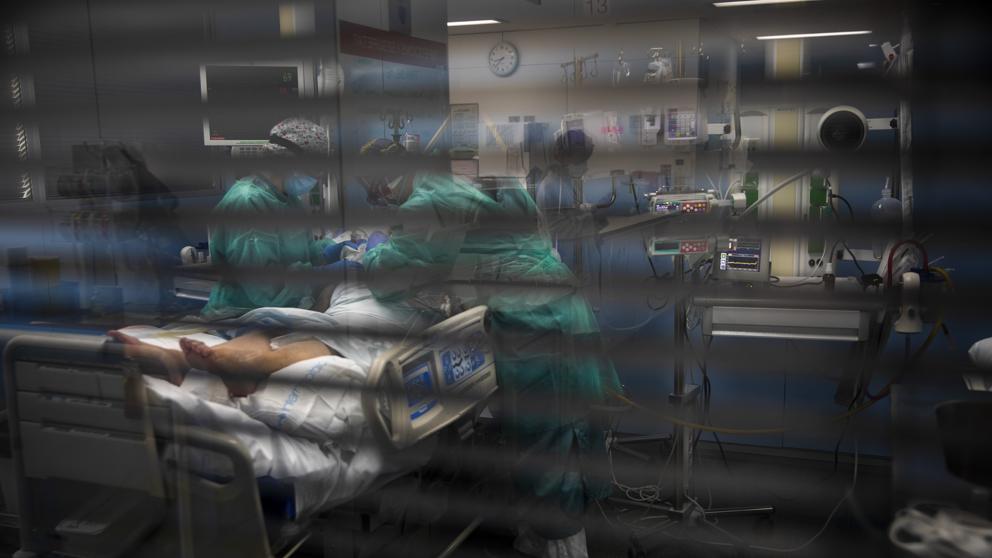 The hospital mortality by Covid-19 fell in the second wave of the epidemic to a third compared to the first, although in October and November has come back up. All in all, it is around a 40% lower than in spring. What has changed in the disease? What is best done? Doctors associate the lower mortality with several factors, especially the experience acquired in the management of patients and some changes in the treatments, although there are still no specific drugs against this virus.

In-depth studies need to be carried out, which have barely begun, but in broad strokes, two large public hospitals in Barcelona, ​​such as Vall d’Hebron and el Mar, coincide in their estimates: in the first wave, there was hospital mortality among patients with Covid of 17% (in the Sea) or 18% -20% (in Vall d’Hebron).

The hydroxychloroquine that Trump said he took and was used a lot, is no longer used, after being ineffective

In the second wave, this mortality fell to a third, around 6%, although in recent weeks it has risen again: Vall d’Hebron in October and November has placed it at around 12% and El Mar since 10 October, at 10%. In both cases, it is around 40% lower than the first wave. Xavier Castells, chief of epidemiology of the Sea, explained that among those over 90 years of age, for example, mortality has dropped from 45% to 25% and similar figures are found in hospitalized patients between 80 and 90 years of age.

In Catalonia, 15,830 people have already died from Covid-19, 12,600 since the beginning of the epidemic until July 1 and 3,230 since then. Of the total, 9,772 died in hospitals or social health centers, according to data from the Generalitat.

SARS-CoV-2 disease is unchanged and severe cases remain. While waiting to analyze the data, Benito Almirante, head of the infectious diseases service in Vall d’Hebron, thinks that the reduction in mortality is related to the fact that positive ones are diagnosed earlier since not so many serious cases have reached the hospital nor in an avalanche, which allows it to be better organized, to make better use of all its resources, from staff to intensive care beds. Castells agrees that “being able to organize allows for a better response.”

Almirante explains that with the experience of treating many cases, the infection is better understood and how to handle each type of patient, for example, when they have to be transferred to the ICU or put on pulmonary ventilation. And surely the medication is more efficient. Not “desperate” as at the peak of the first wave, in the words of Joaquín López-Contreras, clinical chief of the infectious diseases unit at the Sant Pau hospital.

Now, in Vall d’Hebron, for example, every patient with Covid-19 who is admitted is given thromboembolic drugs, to avoid thrombosis, one of the great complications. Many are also given corticosteroids to slow the progress of the respiratory infection or antibiotics against bacterial superinfections. On the other hand, the famous hydroxychloroquine, which Donald Trump said he took and which occurred a lot in the first wave, is no longer used, after several studies have not seen its effectiveness.

López-Contreras points out that the data will have to be analyzed well. His perception is that mortality has dropped and, above all, he attributes it to the fact that the most specialized personnel to treat these patients are not now overwhelmed and have more experience. Although also, in the first wave, many very vulnerable patients arrived and now fewer.

Admiral adds that at the beginning of the second wave, the patients with pneumonia were of an average of 40 years. Since October that average has risen at least 10 years and there are again many patients with many previous pathologies.