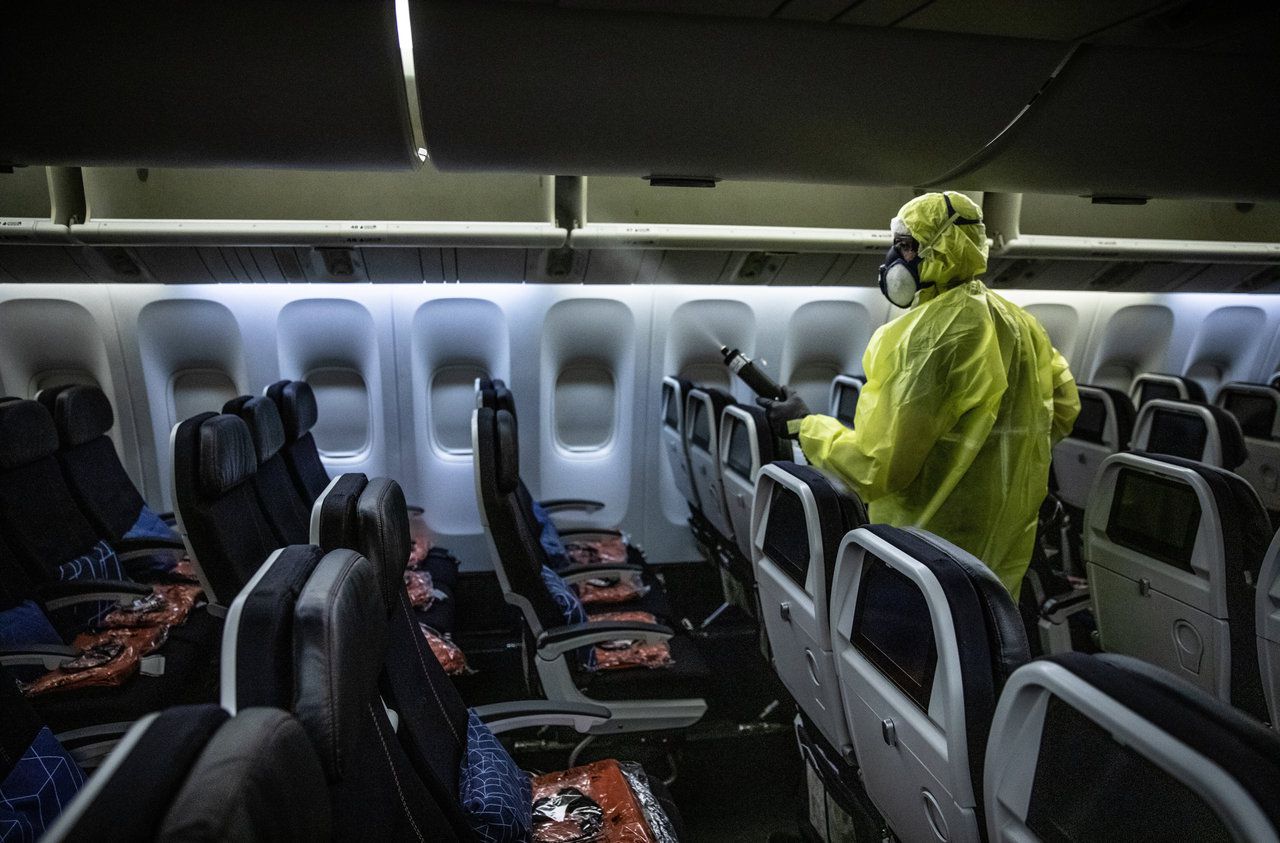 There was a before and after the September 11, 2001 attacks. There will now be a before and after the Covid 19. If the government has still not indicated how the passengers of the air will travel after May 11, a one thing is certain: we will no longer fly as before. While the terrorist attacks have resulted in increased security measures at airports around the world, the Covid-19 is provoking the same health chain reaction. With the same obsession, we must reassure the traveler at all costs.

The ADP group, which manages Paris airports, is preparing for all eventualities. For the past two weeks, a first thermal camera capable of measuring the body temperature of passengers at a distance of 7 m has been tested at terminal 2E at Roissy Charles de Gaulle airport (Val-d’Oise). Installed at the exit from the baggage delivery area, it determines whether a passenger has a fever. Or between 37.5 ° C and 38 ° C, synonymous with suspicion of Covid-19. “The measurements are made in continuous flow, at the rate of sixteen travelers at the same time,” describes Mathieu Rondel, director of the expertise and operational performance division of the ADP group. On a screen, if your face is surrounded by a green square, you can move on. If it is red you have temperature. ” The feverish traveler is then led away for further examination.

Unable to sit next to each other at the airport

A technical solution to limit the import of the Covid from a foreign country. “This is an idea that we have submitted to the state,” continues the ADP executive. These cameras have been widely used in Asia, especially since the SARS epidemic. It is up to the State to decide what it wants to put in place. And if yes, how ? For example, should passengers who test positive be quarantined? “

See Also:  Urgent! Check that you haven't purchased this item from Lidl! You are in danger!

One idea among others which will perhaps come to complete an increasingly visible anti-Covid device in Roissy. Now, it’s impossible to sit next to each other at the airport. Same punishment for the tens of check-in machines. One in two has been sentenced. Some automatic hydroalcoholic gel dispensers have been installed. At the screening inspection posts (PIF), where it is ensured that you do not transport dangerous products, the palpation of controls is limited.

Towards a health passport?

“From now on, if a passenger sets off the security gate, it will be passed through several times,” explains Perrine Duglet, head of operations for terminals 2E, 2F and 2G. And if it keeps ringing, it goes into the body scan ”. A device full of technologies that ensures that you are “clean”. And for those reluctant to enter this machine, palpation will be performed. But from the side, never from the front, to avoid contamination.

“Health security is not a measure but several, insists Edward Arkwright, executive director general of the ADP group. We are working on several other hypotheses in coordination with many airports in order to imagine a health route that is the same everywhere ”. Among the ideas, that of a health passport which could take several forms. Or a document attesting that the passenger is not positive for the coronavirus. Or, a medical certificate of less than 24 hours. Or, more likely, at least until the tests are not 100% sure, a certificate on the passenger’s honor. “It empowers the traveler,” argues Edward Arkwright. But all of this is in the hands of the state. ”

“We have removed everything that worries customers”

Other ideas in progress, that of prohibiting hand luggage in the cabins. Since the appearance of Covid-19, companies have had an obsession, limiting contact points, those places affected by passengers where the virus is likely to have been deposited. At Air France, aircraft cleaning teams have also been reinforced and active disinfectant products several days after being sprayed are now used. “We have removed everything that causes concern for customers,” says Catherine Villar, director of customer experience at Air France. Like newspapers, the magazine of the company or the sale on board of duty free products. In flights of less than 2.5 hours there is no more catering. And beyond that, everything is served on the same platter, appetizer and dish to limit interactions ”.

Also, priority boarding is over. “The passengers in the back get on first,” said Air France executives. In short, the tricolor company wants to reassure its customers and show that it can fly without risk, without setting up physical distance. “From the moment when passengers wear masks, no need to leave one seat vacant on two,” said Vincent Feuillie, the company’s medical consultant. Questions not yet decided by the European aviation authorities. “We are looking for a common position,” says a ministerial source.