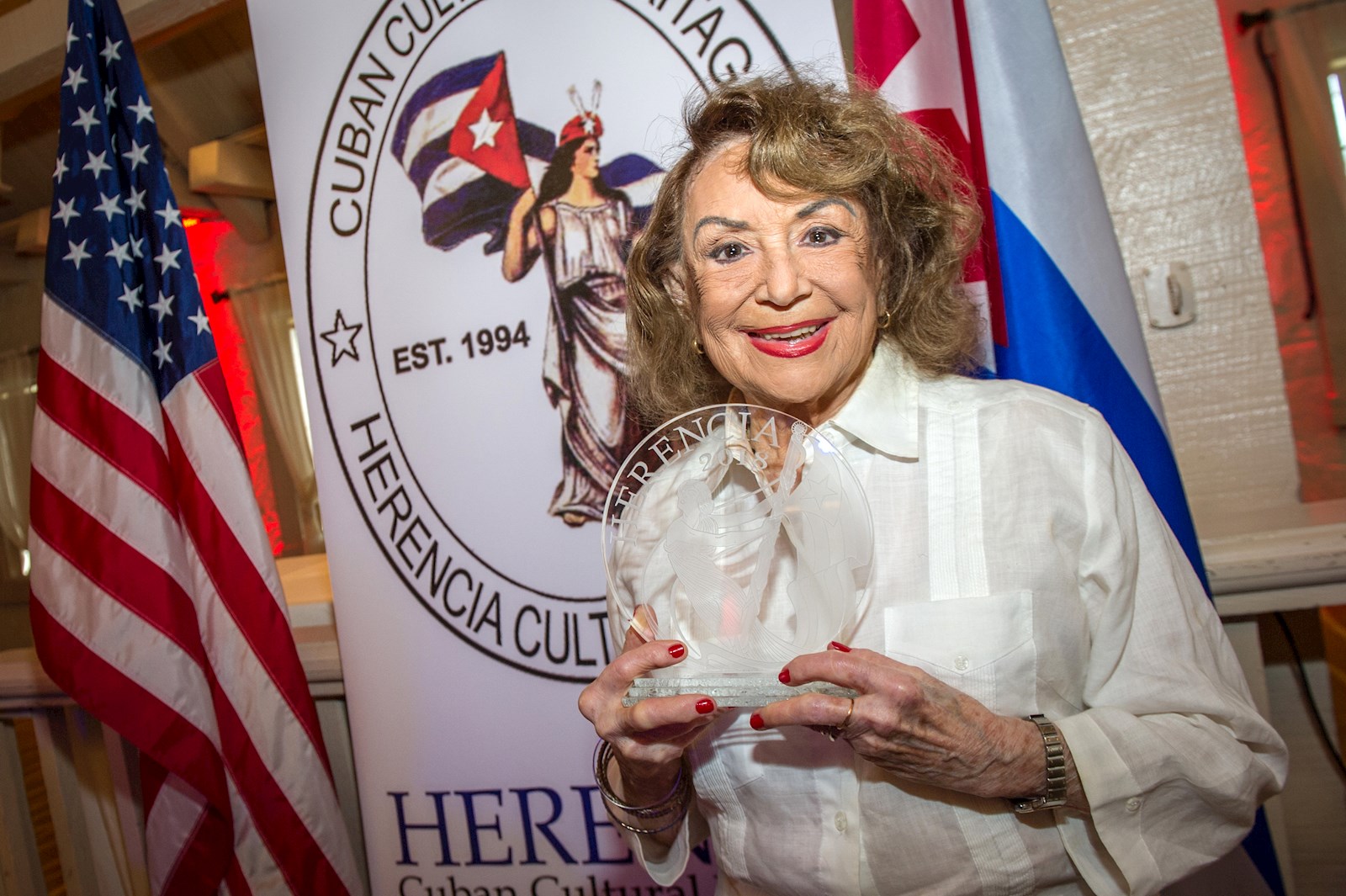 Cuban writer and screenwriter Delia Fiallo, author of numerous highly successful radio and soap operas in Latin America, died in Coral Gables, the city near Miami-Dade where she resided, at the age of 96, her daughter reported.

“She died in peace and surrounded by her loved ones,” the daughter of the soap opera author told Televisa channel as The privilege of loving Y Esmeralda.

Televisa did not elaborate on the death of Fiallo, who would have turned 97 on July 4.

In a interview with Efe in 2018Fiallo said that the telenovela genre, of which she was the forerunner in Cuba and Venezuela, was destroyed by emphasizing action, violence and drug trafficking, leaving feelings aside.

In 2018 she was dedicated to the task of transforming the scripts of her popular soap operas into books, such as Leonela Y Cristal. The first book to be published was that of Kassandra.

Fiallo, who received a tribute in Miami that year from the Cuban Cultural Heritage organization, said that the producers “do not realize or do not want to see that they are producing for a minority that likes violence, morbidity.”

The author recalled the times when she had to write 35 daily pages of the soap opera on duty.

«They spent many years dedicated to that task, writing a daily chapter by myself, with the soap opera on the air. I couldn’t get sick, I couldn’t rest; sometimes I would finish a novel today and start with another the next day, ”he recalled.

Fiallo studied Philosophy and Letters in Havana and began writing radio soap operas in the Cuban capital in 1949.

In 1966 he left Cuba with his family for Miami, which was his base of operations in the years he worked as a soap opera scriptwriter for Venezuelan and Mexican channels.

The first of his soap operas outside of Cuba was Lucecita, which aired in 1967, and Cristal, issued in 1985 and 1986, the last original story he wrote. In Spain, Cristal it was released in 1990 and was a hit with the audience.

It was in Venezuela, which did not set foot again since Hugo Chávez was elected president in 1998, where he wrote some of his most famous melodramas, including Leonela, The heiress, Esmeralda, his first production in that country, and the aforementioned Cristal.

“Venezuela helped me to succeed,” he said in a previous interview with the Efe news agency.

The Cuban writer also regretted the fate of Venezuela, which she considers her second homeland. “It is a very great pain that what happened in Cuba was repeated in Venezuela,” he said.

For her contribution to the genre of pink melodrama in the 70s and 80s, she was nicknamed the “mother of the Latin American soap opera.”

Many of his soap operas were covered in different Spanish-speaking countries.