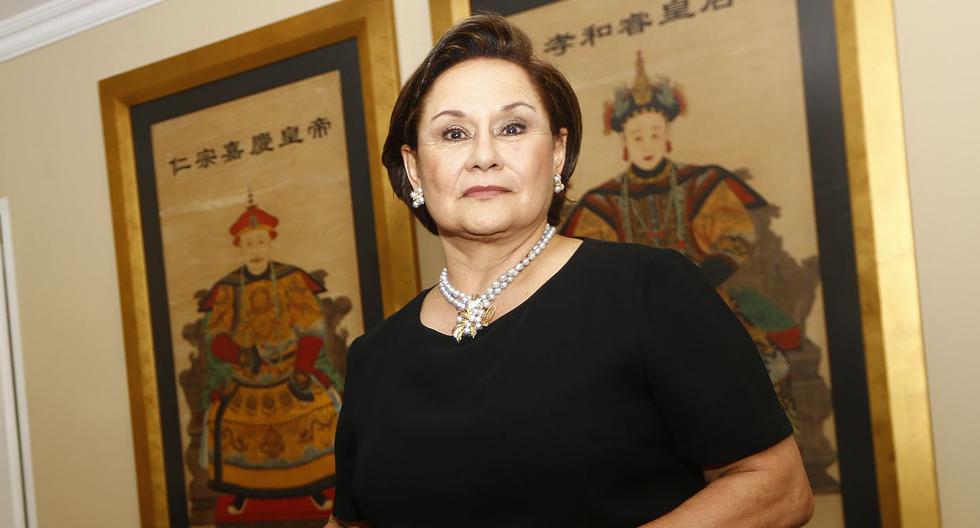 A few days ago, the former judge of the Constitutional Court and former dean of the Lima Bar Association assumed the presidency of the Court of Honor of the Electoral Ethical Pact, an instance where it will be sought that the candidates in these 2021 elections do not turn the campaign into a platform of insults and defamations. Delia Revoredo will have this task supported by her career, which – in the years dominated by Vladimiro Montesinos’ mafia – led her to confront the power exercised by this nefarious character and the president of that time. He remembers his fight and gives a lesson in decency to the characters who want to direct the destiny of our country.

Before starting with the topics of the interview, what do you think of these new confinement measures that have been dictated?

They are necessary, I do not know if completely adequate. Peru is one of the countries most affected by COVID-19. We are a poor country and we have to take the measures imposed by the government very seriously and also impose measures ourselves. Thinking about death because those over 65 –among whom I am– if it does, there is a large percentage of dying; and the truth, death terrifies me. I don’t want to die yet, and like me many think.

LOOK: In five business days the National Register of Universal Vaccination against COVID-19 will be ready

You tell me “death terrifies me”, when you were facing the Montesinos mafia, were you also afraid of dying?

No, because in youth you think you are invincible, immortal. I wasn’t scared at all. I knew I was in great danger, my husband had been warned through a general. The custodian that I had appointed by the Constitutional Court told Montesinos everything I did. I knew that, but I wasn’t scared. Now at this age I already see the closest death, but I don’t want to die in pain.

Now, after a few years, how do you rate these events?

In all frankness, I was very sorry that the other magistrates (of the Constitutional Court), the other four, who were not with Doctors Rey and Aguirre Roca, were afraid and withdrew their votes from the sentence (which prevented re-election from Alberto Fujimori). I rebuked them and told them what is wrong with them, why are they backtracking. They explained to me “they have come to look for us, we are afraid and we do not want to sign the proposal”. Somehow I understand them because meeting and fighting with the political power that Montesinos was was very dangerous. I understood her position, but I don’t forgive her. Ethical principles have to be above personal well-being. I told them, even if they kill my children I am not going to betray my principles of honor because my mother instilled them in me from the age of five, and the Belén school and the Catholic University.

What did you feel when Montesinos fell?

I was in Australia for an invitation. My daughter Delia Teresa called me and said: “Mom, look what happened with Fujimori” and the next day I returned with my husband to Peru to see how the TC, the Bar Association, and take the reins again.

Do you believe that there is a legacy of the nineties in current Peruvian politics?

This happened in 97, 98. Many years ago. I believe that politicians in their quest to obtain power often forget ethical principles and then lies, falsehoods arise and ambition increases. They hide a lot of the issues that they don’t want us to know about. They promise what they know they will not be able to deliver, and we believe them. When they come to power, they do not comply and we feel disappointed. And they have no sanction for having obtained that presidential or congressional position with lies. We citizens have no way of holding them responsible for having deceived us, when voting, with false promises.

And we enter a new campaign.

In this campaign there will probably be insults, jealousy, envy that should not be given in a civilized country. Candidates must behave like gentlemen or like ladies. Beware of racism and clarity in the accounts with the donations they receive. I invoke the candidates to take advantage of that platform that they will have in the campaign to advise the population to keep the sanitary rules against COVID-19.

Before starting the interview, he told me that you had been very brave. I imagine that he will show that character in the Court of Honor to draw attention to candidates who do not comply with ethical principles or sanitary measures.

I would love nothing more because I have the character, and they say that the genius and figure to the grave. But I cannot, the function of the Court of Honor is not to go directly against the candidate who broke the rules. One of the principles of the court is confidentiality. If the offense is very serious and warrants it, we can report that conduct to the National Elections Jury. In principle all our performance is reserved.

And how is the potential voter going to find out what is the norm that the candidate breached?

We have pronouncements and complaints before the JNE. I don’t know if they can be public or not, but in principle I know that the Court of Honor should not make waves, but appease them. If the waves are very big, direct them to the National Elections Jury.

The Ethical Pact was signed and there were three parties that did not sign.

Effectively. They told us that there were 17 who were going to sign the Ethical Pact. Those who sign these documents recognize the Court of Honor, but on that occasion they only signed 14. UPP by José Vega, Peru Libre by Pedro Castillo and Renovación Popular by Rafael López Aliaga were missing. They will probably subscribe later. We will have to inquire.

What do you expect from this campaign that will practically have a new format?

You don’t need to be present to talk to people. There are technological advances to make your voice heard. They have platforms at their fingertips to tell the truth. And speak with composure so as not to offend. They have everything to explain their accounts, and also to warn about the measures against COVID, so that they see you with the mask on when you go out. The limitations are not serious. So that all of Peru knows its principles and what its plans are, they can do it as we are doing in this (virtual) interview.

Have you analyzed the behavior of this transitional Congress? I ask him why many of his laws have been dropped in the Constitutional Court for being populist.

I cannot answer you because now I am in a position where I have to keep reserve. I’m sorry. If I were not a member of the Court of Honor, I would answer with great enthusiasm.

Well, and for you, what should be the profile of the new members of the TC that the next Congress will elect?

I think it would be enough for them to be men of honor. Being a man of honor means living your own scale of values. Intellectual and moral values. Intellectuals make you a good professional, a good lawyer, etc. What interests us are moral or ethical values: living truthfully, being honest, being tolerant of others, without hatred or revenge, having respect for others, and above all always telling the truth, even if it hurts, even if it costs you and tell the whole truth without mental reservations. I saw it in the TC with the magistrates who did not sign the sentence that did not allow presidential re-election. It is the fear of power or money; then we bow our heads to those in power. It is human nature, but it must be overcome. It costs a lot, yes, but if we want to die happy with the life we ​​have led, we must try to do so.

And how would you summarize the life you have led?

The life I have led … I would appreciate the way I have lived it in principle. I have had a somewhat eventful life, but very lucky. I have been and am very happy with my husband, with my children and grandchildren. But happiness does not come for free, it is hard to get it and you get it above all with ethical values, rather than with intellectual values. I have studied a lot and I am happy with my intellectual life. But that is small compared to the satisfaction I have of having always told the truth. Generally I have tried to overcome my desire to take revenge, to insult, to break dishes.

Did you ever want revenge on Montesinos?

Of course. They burned my husband’s truck with his daughter inside and denounced us for bringing a car to Peru with the arguments that we had paid taxes and that we had brought it in through Callao ‘so that it would not be noticed that it was contraband.’ There was a lot of harassment against me and against our families. I didn’t have the weapons or the way to beat Montesinos. I was only able to leave the country, Costa Rica welcomed me and the OAS received my complaint. They were difficult days. However, I am satisfied to have stood up to political power defending the Constitution. They told my husband “control your wife”, and I asked Jaime, are you going to control me ?, and he laughed.