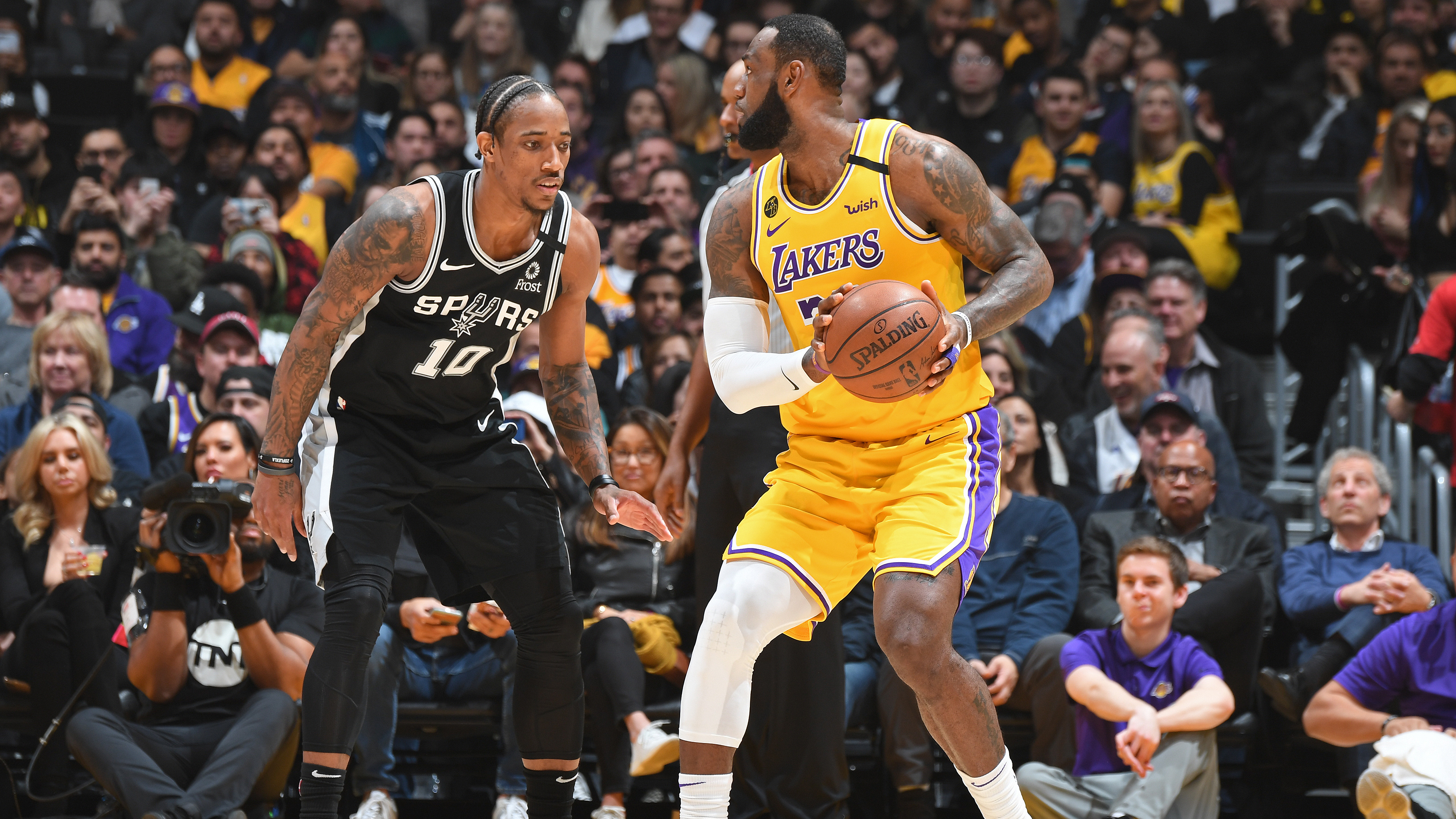 The San Antonio Spurs player who is now a free agent stated on Shannon Sharpe’s “Shay Shay” podcast that at this point in his career, the priority is to earn more than money. This vision could open an opportunity in the market to teams without as much salary space but with tempting proposals in the sports section like the Los Angeles Lakers and others.

The Free Agency 2021 of the NBA is about to begin and one of the most brilliant names in its list of protagonists is that of DeMar DeRozan, a player who carries eight consecutive seasons scoring an average of at least 20 points per game and that you no longer have to prove your hierarchy to anyone.

The San Antonio Spurs player so far appears with his friend Kyle Lowry as one of the leading players among unrestricted free agents and surely neither of them is short of suitors. But unlike Lowry, who was champion in the Toronto Raptors alongside Kawhi Leonard, DeRozan has not yet been able to become an NBA champion or play in the Finals. And that seems to be well into the head of the forward from California who will turn 32 on August 7.

“At this point, the important thing is to win. It’s my 13th season and I saw everyone else competing for championships. You have to find a balance between money and the possibility of winning, which at this point should weigh more, especially since I had a career in which I was lucky and I already made a lot of money“, DeRozan expressed on the latest episode of the “Shay Shay” podcast. from NFL legend Shannon Sharpe.

DeRozan’s last contract was for $ 139 million for five years., signed in 2016 while still in Toronto, before being traded to Spurs. And although he is no longer an All-Star and member of the United States national team, he still remains a preponderant player in the league who could aspire to a contract of about 15 or 20 million dollars per year, a figure that without making too many movements could be offered by equipment such as New York Knicks, Oklahoma City Thunder, Dallas Mavericks, New Orleans Pelicans, Chicago Bulls, Miami Heat, Charlotte Hornets, Memphis Grizzlies o los mismos Spurs. No franchise that a priori appears as an ideal destination for someone desperate to be a champion: none of them reached the second round of the last Playoffs.

More | Who are the free agents of 2021? The complete list

Except if a sign & trade is remembered or some team moves too many parts on the market to free up space, Last season’s big leads don’t have enough room for a double-digit salary for DeRozan. But if they could get their hands on salary exceptions to try to give DeRozan as much money as possible as well as to convince him with things that go beyond the budget. And for that, It doesn’t seem like anyone can tempt DeMar more than the Los Angeles Lakers.

DeRozan grew up in Compton, Los Angeles, and as he told Sharpe and has acknowledged several times grew up loving the Lakers, especially Kobe Bryant, To who “I was imitating because it was the only thing I could see, I didn’t have cable TV.” The opportunity to join these Lakers with LeBron James and Anthony Davis could be something special for him and reports like that of journalist Brad Turner of the Los Angeles Times they give more interest to the subject: “DeRozan is interested in returning home to play for the Lakers, even if it is for less than the $ 27.7 million he collected last season in San Antonio, according to people who are not authorized to speak publicly about this matter. “, expresses in his article.

“At some point you definitely want a chance to play in your city. And if the team loves you, why not do it? “, DeRozan said on Sharpe’s podcast. Already in 2020, while still a Spurs player, DeMar had declared that he felt like a real honor the reports that the Lakers wanted to incorporate him via transfer. Now, What could the Lakers give him right now? How would it fit in there with the naked eye? And what other contender could go for him?

The main letter of the Lakers in this Free Agency, aside from having to negotiate the renewals of Dennis Schroder, Alex Caruso, Talen Horton-Tucker and more names from the substitute bank, is the 9.5 million salary exception for teams below the luxury tax barrier. That exception could be distributed in different names or they could offer it 100% to DeRozan, choosing to have a shorter team but with greater offensive power.

DeMar may want to prioritize winning, but he won’t do it for free either: it would be weird to see him sign for less than those 9.5 million (in fact, for a player with 21.6 points, 4.2 rebounds and 6.9 assists in the last campaign) that for example could give you Atlanta Hawks, Denver Nuggets, Phoenix Suns, Boston Celtics, Portland Trail Blazers o Philadelphia 76ers doing the necessary movements. A priori, nothing that looks more seductive to him than the purple and gold franchise.

Now, does Los Angeles need it that bad? DeRozan’s offensive fit alongside LeBron James and Anthony Davis would not seem to be ideal: DeMar is a really good player but when he has the power to handle the ball. Except for a preponderant role but as sixth manshould not be a total priority for Angelenos, although it would certainly be a improvement over Dennis Schroder in 2020-2021.

Will the Lakers hit the market like last year (then without success on the court)?

DeRozan said he doesn’t think it’s hard to give a star-studded team good offensive dynamics: “You can take Brooklyn as an example. They have three of the best scorers in league history and they balanced well. It’s a positive, it’s all about functioning as a group“. That chemistry was what the Lakers lacked for many moments in 2020-2021, beyond how injuries affected Frank Vogel’s team. Conforming it will exceed the talent they can get in the off-season, be it with more affordable options from stars like DeRozan or with really complicated looking variants like Lowry.

That if, according to Shams Charania de The Athletic, add a Third stellar name in game creation and scoring will be a priority for Lakers, sea DeRozan, Lowry, Spencer Dinwiddie o A trade of Buddy Hield from the Sacramento Kings for Kyle Kuzma and other players? An interesting week is coming up in Southern California.