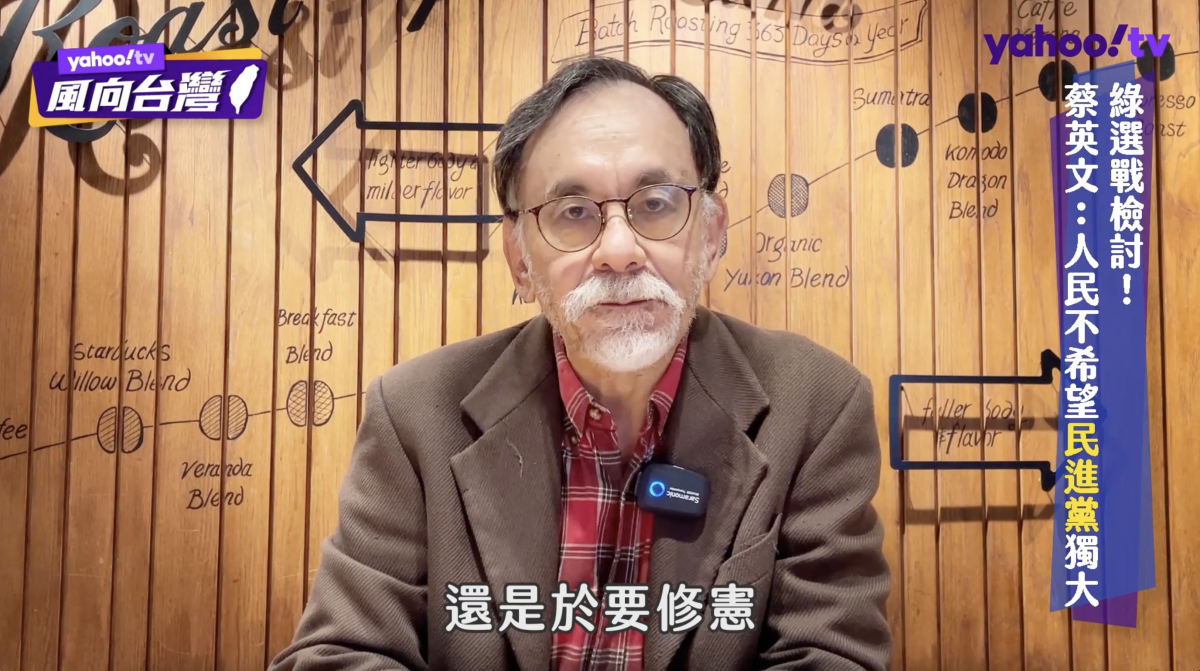 The Democratic Progressive Party suffered a disastrous defeat in the 9-in-1 election. After President Tsai Ing-wen resigned as the party chairman, she lamented during a meal, “Although we have achievements in governance, the people do not want to see the Democratic Progressive Party dominate.” In this regard, the former DPP Legislator Lin Zhuoshui criticized Tsai Ing-wen’s self-reflection completely out of focus in an interview with Yahoo TV’s “Wind to Taiwan”. The arrogance of power? President Tsai confiscated the primaries, and pressured National Taiwan University for Lin Zhijian’s thesis. This arrogance frightened the people.

Lin Zhuoshui said that in the 2008 and 2012 elections, the Ma Ying-jeou government won an overwhelming majority in Congress; in 2016 and 2020, the people also gave the DPP an absolute majority. Congress can make the government run more smoothly. “What the people don’t like is whether there is arrogance that brings power after one party dominates.”

Lin Zhuoshui pointed out that in this local election of the DPP, the president who is also the chairman of the party actually confiscated the primary election, which completely violated the principle of separation of powers and created the arrogance of power; The party’s resolution to overwhelm National Taiwan University frightened everyone, and these two factors were the most serious fatal injuries.

Lin Zhuoshui further pointed out that another key to the DPP’s defeat this time is the breach in the “anti-China protection Taiwan”. During the communist army’s exercise, drones invaded the Kinmen barracks, and even missiles flew over Taiwan’s outer space. The entire national security system hesitated, making the common people feel that the government is weak.

What is even more unfortunate is that before the election, Musk said that “Taiwan should become a special administrative region of China.” Chen Shizhong’s immediate response was that he would consider it; “There are many breaches in the anti-middle protection table, but he plays the anti-middle protection table card by himself, then the effect of this boomerang is very strong.”

Lin Zhuoshui believes that in the future, the confrontation between China and the United States will become more and more acute, and Taiwan will face more and more pressure from China. It can’t hurt the Kuomintang, but it will continue to injure itself.

More related news
Wu Yinong fought in the legislator by-election, Zhou Yukou was full of enthusiasm: Is it too late to change my household registration?
Supporters went north to encourage Chen Shizhong! “Receive 2 Things” is super moving: the most beautiful scenery in Taiwan is people
Cai said that the nine-in-one decision “how the world sees Taiwan” You Yinglong: A developed country is not a 3-year-old child
NCC: The maximum fine is 2 million
The Su Kui Institute will instruct a review…no cabinet member has resigned

FACC no longer transports expensive air through half of Europe » Leadersnet