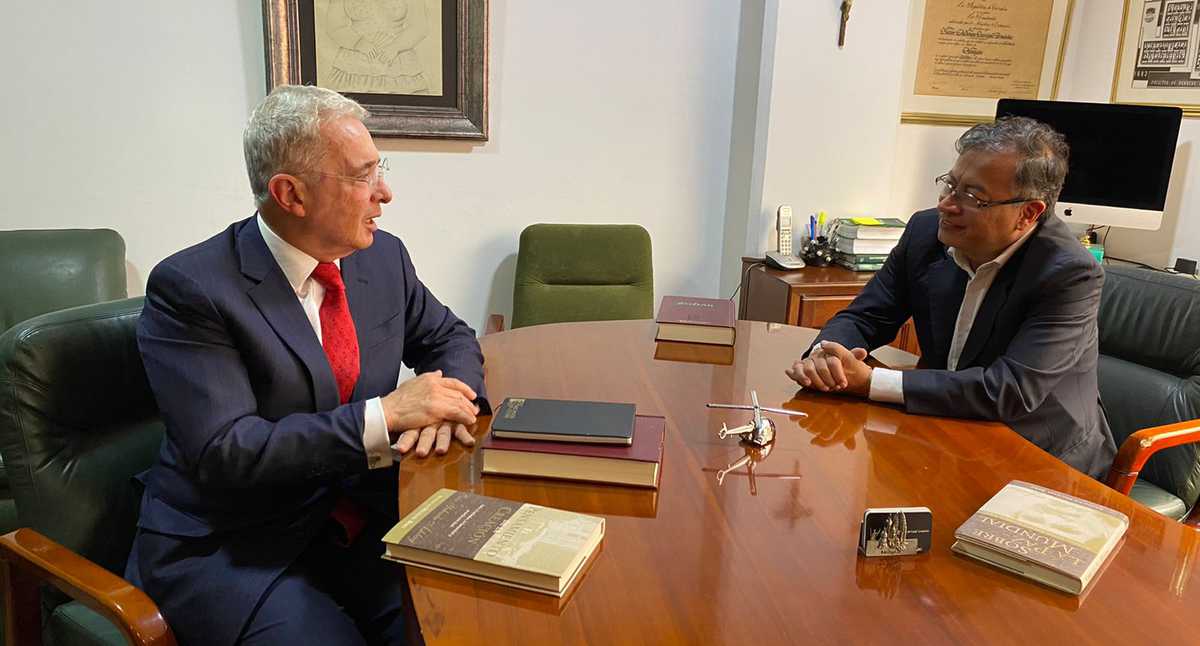 “The formula is that if someone has 100 hectares, but only uses 50, a fairly expensive tax is generated, considering them unproductive, which is paid with resources or with the land itself to give it to peasants who do not have it and make it productive. ”, says representative Juan Espinal and summarizes the concern that the Democratic Center has after the meeting with Gustavo Petro.

The underlying issue is that during the conversation with the president-elect Gustavo Petro, the subject of agrarian reform was touched upon and there the progressive leader explained some points that would be included in the initiative that will be presented in the Congress of the Republic.

Said reform is one of the pending tasks in Colombia for decades and even the number one point of the peace agreement that was signed with the then FARC guerrilla, which speaks of the land chapter.

However, for the spokesmen of the Democratic Center who accompanied Álvaro Uribe to the meeting with Petro, there are points that are not clear and could put private property at risk.

Representative Espinal assured that although in Colombia the issue of land redistribution is an issue that must be thoroughly debated, the way in which the incoming government would implement it could generate uncertainty in those who have acquired their land with great effort.

Reference photo of a farmer in Colombia working the land – Foto: Getty Images

“One of the points that was touched on with the president-elect was that; he speaks of an agrarian reform where a high tax is imposed on the owners who do not produce the land. He mentioned a figure similar to the one that was implemented with former president López Pumarejo in 1936 ″.

The point that most worries the congressman is that, according to Petro, there would be a “democratization of land ownership and that the former guerrillas would be future capitalists and entrepreneurs in the countryside.” This means that those who signed the peace agreement could be on the list of those who would receive these unproductive lands.

“The debate that we must give is that, to explain this point to Colombians because the defense of private property is a priority. We must know the final text to give the discussion. He (Gustavo Petro) mentioned that he saw the former guerrillas as businessmen from the countryside. They will be within the population of citizens who would be affected by land redistribution.”

In the opinion of Senator Ciro Ramírez, who was also at the meeting, the definition of unproductive land is not clear and there could be a panic among those who own land in Colombia. “The unproductive term is very broad, there must be peace of mind for Colombians and legal certainty in the field. We must know what is unproductive for the new government.”

He added that it must also make it clear “what a burdensome tax is, because it could stop production in the field. There are many concerns.”

Ramírez indicated that talking about the democratization of the land could turn into the debate that took place in the presidential campaign about a possible expropriation. “I think that this term of unproductive and burdensome tax could generate doubts about what will be done. We are worried, we will have to wait for the reform to really know what will happen. In a very respectful talk we left our impressions on the subject of private property”.

The “social forgiveness” proposed by Gustavo Petro has generated the rejection of all the political forces in Congress. – Photo: WEEK

The conversation also discussed the multipurpose cadastre, another pending task in Colombia, but the high cost would make it unfeasible to carry it out throughout Colombia. According to what was stated by the Uribistas, this task throughout the country would cost a little more than 200 billion pesos.

What they did agree on is that a cadastral update should be done so that those who own land or housing pay what is fair.

This agrarian reform would be one of the first to reach the Congress of the Republic, although the spokespersons of Uribismo themselves indicate that the entirety of the articles must be known in order to discuss specific aspects.

strikes on residential area leave at least 17 dead and 30 injured in Odessa region, according to kyiv

Bitcoin analysis against the US dollar today: Bitcoin threatens