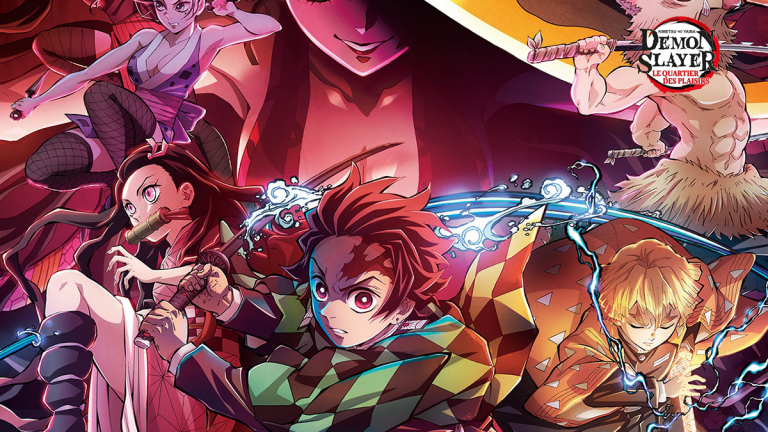 On Sunday, Ufotable made two big announcements about its flagship series, Demon Slayer. One of them relates to the movie The Infinity Train, while the other relates to season 2 of the animated series.

It was on Twitter on Sunday that Ufotable unveiled its next plans for Demon Slayer, the adaptation in lively from Gotoge Koyoharu manga. The most interesting is the future of the series, with season 2 in the sights. After a first season of 26 episodes released in 2019, the film The Infinity Train (May 2021 at the cinema had served as a sequel. Today, it is therefore the second season that is expected, with a release date:

The broadcast date of the first episode of the television anime “Kimetsu no Yaiba” Yukaku Hen has been decided. The performance will begin on December 5 (Sunday). The first broadcast is a one-hour special.

Season 2 will therefore begin its broadcast in Japan on December 05, with a first episode of one hour. As a reminder, the second is entitled Yukaku Hen and focuses on the district of pleasures discussed in the manga. A special episode is also planned concerning The Infinity Train : the movie arrives on October 10 on Wakanim in a little bit special packaging. In fact, it is split into seven episodes and will include an unreleased episode that focuses on the pillar of flame Rengoku.

By the way, this is not the only Demon Slayer product to be released. Indeed, the game Demon Slayer: The Hinokami Chronicles is expected on October 15 on PC, PS5 Xbox Series, PS4 and Xbox One. It includes an adventure mode which traces the story told by season 1 of the anime as well as that of the film.