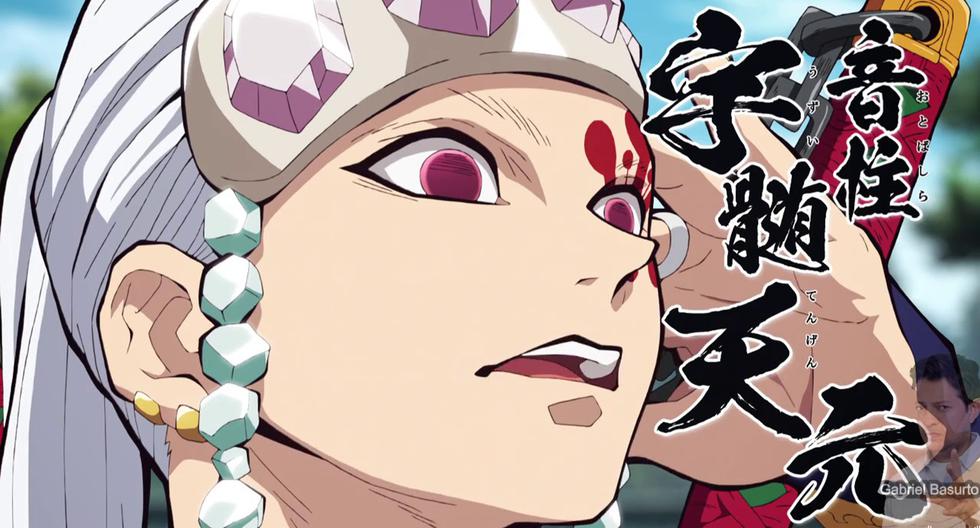 “Demon SlayerOfficially announced that it will launch a second season later this year. Picking up immediately after the events of “Demon Slayer -Kimetsu no Yaiba- The Movie: Mugen Train,” the initial announcement for the second season confirmed that the series will take over the Entertainment District arc.

MORE INFORMATION: The 10 best episodes of “Kimetsu no Yaiba” season 1 that fans loved

But what does all this mean for fans who have yet to read the original manga from Koyoharu Gotouge? With the second season of “Kimetsu no Yaiba”Picking up after movie fans Mugen Train outside Japan have seen the movie, some are still very confused.

And it is that beyond these questions about the new arc, the teasers and posters of the new season mention a character that has only been seen briefly in the first episodes of the anime. Is about Tengen Uzui, the Pillar of Sound, one that was featured when the Pillars were reunited at the end of the first season.

MORE INFORMATION: “Demon Slayer: Mugen Train”, can it really be understood if you haven’t seen season 1 of the anime?

That is why here we are going to tell you a little about him, without going into much detail so as not to ruin the second part of “Demon Slayer”. Still, a spoiler alert, since, being an important member of the future of anime, it is impossible to separate it from the history of Plate.

WHO IS TENGEN UZUI, THE HASHIRA / PILLAR OF SOUND?

Uzui made a brief appearance towards the end of the first season of the anime, but it will play a much bigger role in a future arc of the series. As it is remembered, the arch of the Entertainment district it is essentially the midpoint that begins a big shift in the flow of action from “Demon Slayer”.

The fights begin to bond more with each other and eventually the foundations are laid to reach the final goal of the hunters. The arch of the Entertainment district and a Plate Y Nezuko unlock new powers, in addition to seeing the Hashira del Sonidor in action, along with more great moments from Inosuke y Zenitsu, and a compelling duo of villains.

Tengen He is a very tall and corpulent man, with a voluminous and muscular complexion, with slightly tanned skin. His hair is white and of unequal length, the longest locks reach his shoulders, and it is styled with three more noticeable and shorter locks that arch up to fall in the form of bangs between the eyes and on either side of the face.

He has rather slender maroon eyes that seem to lean inward, each with a long eyelash flowing to the far side of his face. Tengen wears a sleeveless and dark turquoise version of the standard uniform of a Demon Hunter, along with a burgundy cloth wrap around her calves where her hakama pants were tucked in, and sandals with white straps.

Tengen He is a very eccentric person, always wanting to complete actions in a “extravagant”. Although he has shown an indifferent and forceful attitude towards some people, he is excited to imagine how “extravagantWhat would it be if the blood vessels of Tanjiro Kamado explode, and tries to force Aoi Kanzaki al Entertainment district with him to help him on a dangerous mission.

He also has a caring side that only shows towards his most precious beings, especially his three wives, Makio, Suma e Hinatsuru. It also shows a somewhat more pleasant side towards Plate after his mission and begins to accept it more as the series progresses. It’s the only one Hashira who has been allowed to have a partner, and later fans will discover that not even this mighty Pilar can lower his guard against the demons of Muzan Kibutsuji.