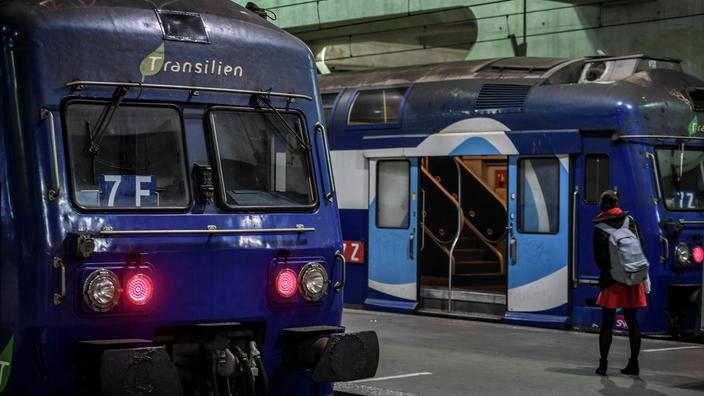 SUD-Rail counts 133 stations which will be closed or undergo reductions in timetables, leading according to the union to the elimination of 338 positions.

At the call of SUD-Rail, the Ile-de-France railway workers are called to gather this Wednesday morning in front of the Ile-de-France regional council, in Saint-Ouen-sur-Seine (Seine-Saint-Denis). With this event, the union wishes to shed light on the project to close several dozen ticket offices in SNCF Transilien stations, as part of the reorganization of the network.

SUD-Rail counts 133 stations which will be closed or undergo reductions in timetables, leading according to the union to the loss of 338 positions, or more than 500 jobs. “Transilien and Île-de-France Mobilités want to close the ticket offices and dehumanize the stations“, denounces the union. “The SNCF and Île-de-France Mobilités must assume a quality public service and must immediately stop these restructurings which make no sense“, he wrote in a petition calling for an end to the closures of stations and ticket offices.

For its part, if it confirms that certain counters will indeed be abolished, Transilien specified to the Parisian that the negotiations werestill in progress» and that there was therefore «no overall figure“. On the dehumanization trial, the management of the commuter train network affirms that “there will always be someone to speak to, either an agent, or via an intercom, or even thanks to a telephone adviser who can answer 3658“. And Transilien ensures that the job cuts will not result in job cuts, “but redeployments».

how Pinturault’s golden dream turned into a nightmare

Crisis in Ukraine: can we really believe in de-escalation?