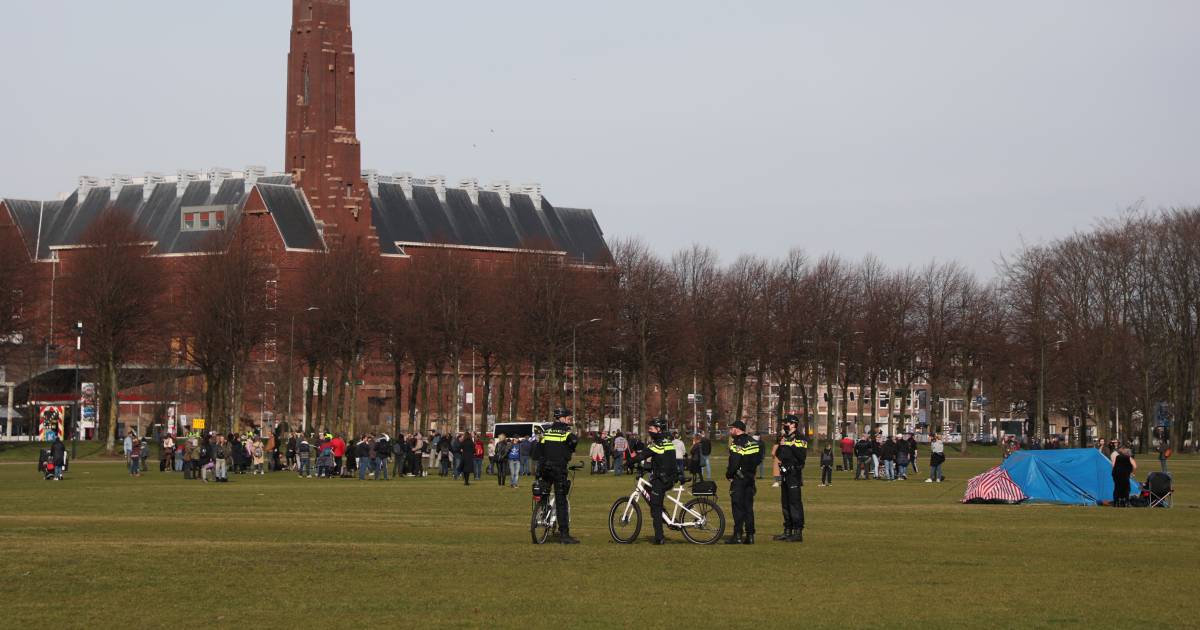 The demonstration was previously canceled by the organization via Facebook, but many people had come to the Malieveld in a personal capacity. It concerned a group of about two hundred people. “More participants is not responsible for public health,” said the municipality. “They asked protesters who were on their way to Malieveld to turn around again.”

Agents then moved to the edges of the field. “Nobody was allowed on it anymore, visitors were only allowed to leave the Malieveld.” Here and there people have been checked and asked to leave.

In the end, the protesters left the Malieveld calmly and without too many problems. According to the police spokesman, the atmosphere was “calm and friendly.” A handful of activists have been arrested in the area because they refused to listen after several warnings not to visit the Malieveld anymore, to keep their distance and to go home.