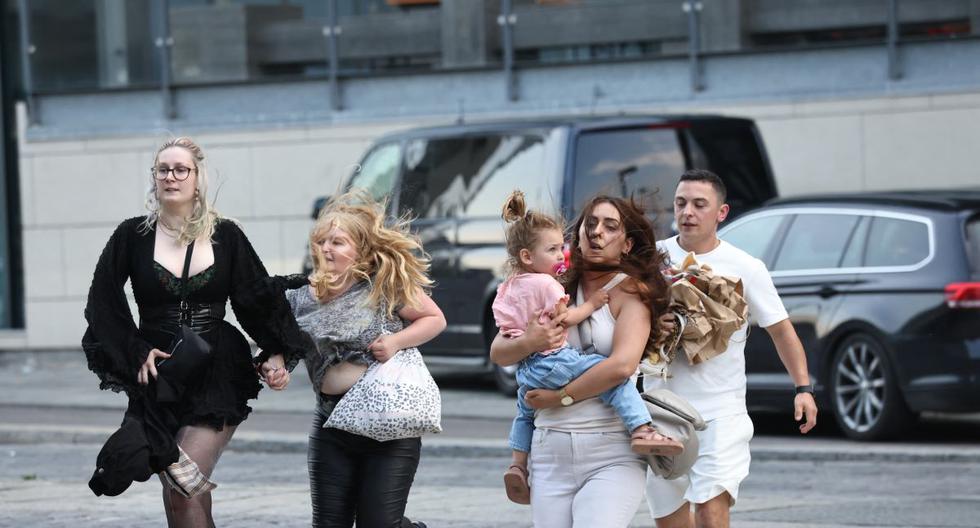 A shooting occurred on Sunday in a shopping center in Copenhagen, the capital of Denmarkcaused 3 deaths and three critically injured, according to the police, who arrested a 22-year-old Dane as a suspect.

The young man, who according to some witnesses carried an imposing weaponwas arrested shortly after the arrival of the police at the shopping center of Fieldslocated between the city center and the airport.

“There are several injured and now we know that there are several dead”declared the chief inspector of the Copenhagen police, Søren Thomassenduring a press conference, in which he did not clarify the exact number of fatalities.

The motives for the attack are still unknown.. Police describe the suspect as a “22-year-old” Danish man. The chief inspector of the armed body stated that “an act of terrorism” could not be excluded.

According to him, nothing indicates at the moment that other people have participated in the massacre.

A large police device was deployed around the compound and in other parts of the Danish capital.

The shooting It occurred at 5:30 p.m. local time (3:30 p.m. GMT) and caused a panic movement. Many people had come to the place before a concert by British singer Harry Styles began. at a nearby concert hall. The event was canceled after the shooting.

According to witnesses interviewed by the Danish media, the suspect tried to mislead the victims, for example by saying that his gun was fake so that they would come closer.

“He was psychopathic enough to chase people, but he didn’t run”said a witness interviewed by public television DR.

More than a hundred people ran out of the mall when the first shots were heard, According to photos released after the incident.

Others had to stay in the mall. The police actually asked the people who were still in the building to stay inside.

“Suddenly we heard shots, I heard ten shots, and we ran as fast as we could to the bathroom,” Isabella, who did not provide her last name, told DR. She hid there for two hours.

“People in a panic”

The mayor of the city, Sophie Haestorp Andersen, reported the installation of a crisis cell.

The streets surrounding the shopping center were blocked by a wide security perimeter and the circulation of the subway was suspended, an AFP journalist at the scene confirmed. A helicopter was flying over the area.

Heavily armed police prevent residents from returning to their homes.

“My daughters planned to go [al concierto de] Harry Styles. They called me to say that someone was shooting. They were in a restaurant when it happened.”Hans Christian Stolz, a 53-year-old Swede who picked up his daughters at the scene, told AFP.

“At first we thought it was people running because they were seeing Harry Styles, then we realized it was people in a panic. (…) We ran for our lives”added his daughter, Cassandra.

Some images showed medical personnel carrying an injured person on a stretcher and mothers comforting their children in their arms.

“My team and I are praying for everyone affected by the Copenhagen shopping mall shooting. I’m in shock,” the British singer reacted on the Snapchat social network.

The last attack in Copenhagen occurred on February 14 and 15, 2015 when a series of shootings at the hands of Islamists caused two deaths and five injuries.