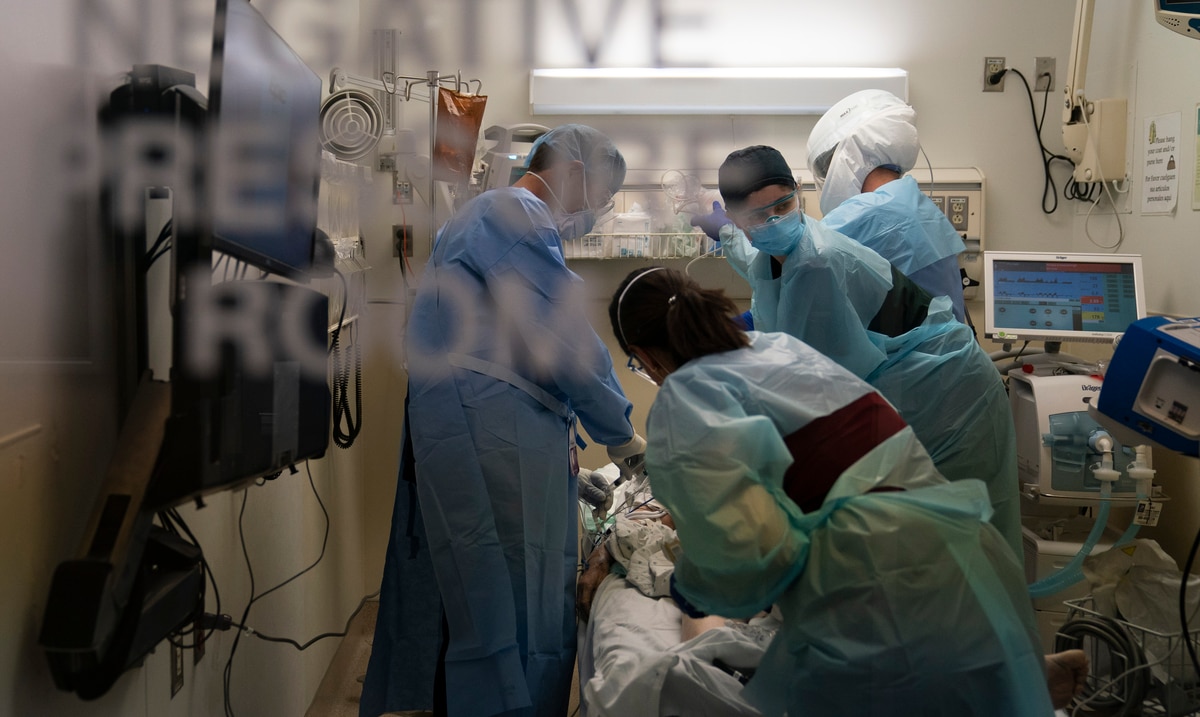 The Department of Health reported 11 new deaths in Puerto Rico due to COVID-19 that has already claimed the lives of 1,094 people on the Island.

In a press release, Salud reported that of the 11 deaths, 10 were listed as confirmed. In addition, a probable death was registered corresponding to a 74-year-old man from the Caguas region

With these additional deaths, the confirmed deaths add up to 869 and the probable ones are 225. Likewise, Health reported that any death registered after the report is issued will be reflected in subsequent reports.

“The change in the number of deaths should not be interpreted as having occurred in the last 24 hours. In the same way, it is important to point out that the death report may vary, to the extent that the processes of registration and codification of the causes of death are carried out, which could take several days, ”said the agency.

– 82-year-old man from the Caguas region

– 77-year-old woman from the Arecibo region

– 73-year-old woman from the Arecibo region

– 72-year-old woman from the Arecibo region

– 65-year-old man from the Arecibo region

– 86-year-old man from the Bayamón region

– 69-year-old man from the Caguas region

– 72-year-old man from the Metro region

– 49-year-old man from the Bayamón region

– 74-year-old man from the Bayamón region

Meanwhile, according to the Health Bioportal, the total number of people hospitalized for COVID-19 in Puerto Rico increased from 573 to 606, of which 102 are in the intensive care unit.

See Also:  Moncloa and the Vatican want the Cardinal who mediated in the 1-O to head the Episcopal Conference

On the other hand, Health reported that the total of the results of confirmed cases of COVID-19 is divided between 27,028 women and 23,169 men.

The report includes the results of antigen tests, which the CDC lists as probable cases. The total of positive results in these tests is 1,505, which was adjusted after subtracting one case that had a positive molecular test later and was added to the confirmed cases reported in this report.

There are eight additional probable cases reported, including samples taken from November 13 to 27. The distribution by gender is 808 women and 697 men.

As part of the report, 65 additional suspected cases were registered, with a sampling date that ranges from November 13 to 27. These cases, by definition, are those that have a positive serological test.

In this line, the total is 40,398 after being adjusted, by subtracting 19 cases that had a positive molecular test and one case with a positive antigen test and were added to the cases registered as part of this report in the lines of confirmed and probable, respectively. On the other hand, 14 duplicate cases were added. The suspected cases are divided into 22,666 women and 17,732 men.

“The adjustments in totals are made as part of an effort by the Department of Health, entities and clinical laboratories, to ensure that any sample made for COVID-19 is registered in the Bio Portal, regardless of the date it was taken” , indicated Health.