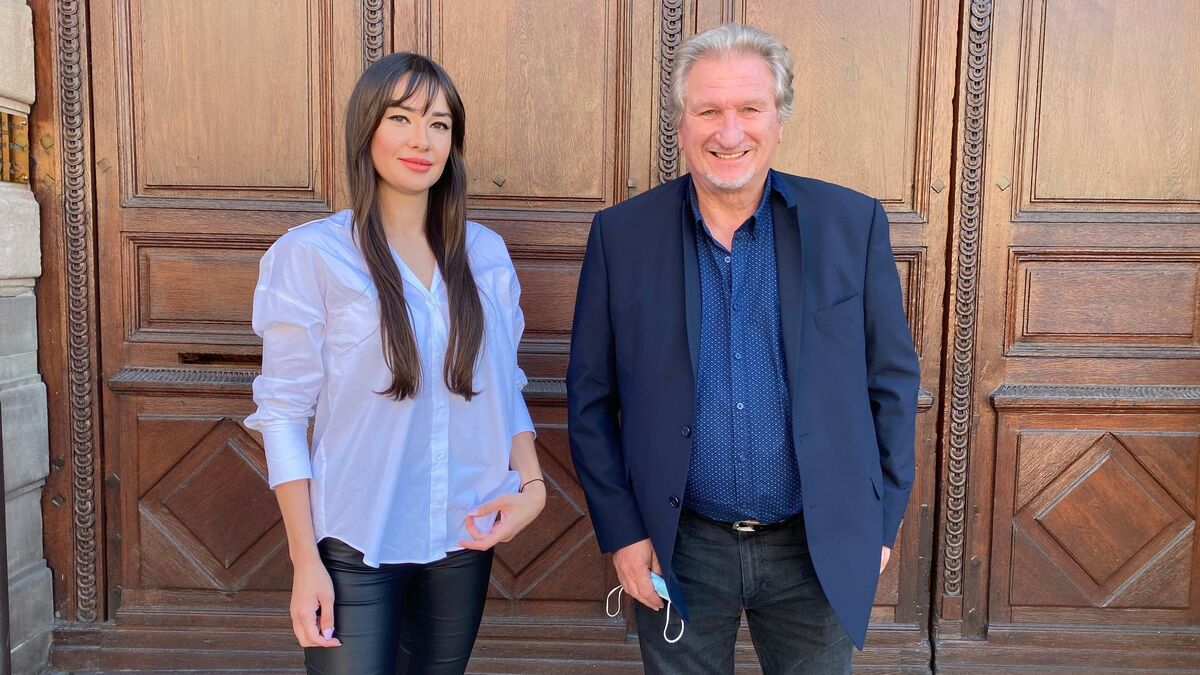 She is a former top model, now Technical Advisor of the Identity and Democracy group (far right) at the European Parliament. He is retired, famous in Alsace as a “vocal double” of Johnny Hallyday at the microphone of his group “Tennessee”. It is an atypical pair to say the least that the National Rally has chosen for the departmental elections in the canton of Strasbourg-2.

“We are above all complementary,” resumes Tamara Volokhova. “Jean-Claude represents the seniors and I the young”, laughs this 31-year-old woman. Arrived from Russia in France at the age of 17, the one who “admires Marine Le Pen” studied communication in Strasbourg. “I was naturalized in France in 2016 and politics is the way to give back to my second country what it brought me”, explains Tamara Volokhova. Communication trainee in Philippe De Villiers’ cabinet at the European Parliament in 2013, she joined the former Front National the same year. “It is the only party that can meet France which is disintegrating by providing concrete answers to the question of insecurity”, assures the Franco-Russian.

A native country with which she retains links recently pinned by Anton Schekhovtsov, a researcher specializing in Russia, in an article published by the independent news site EUObserver. “Tamara Volokhova has cooperated with Russian operators of malicious influence such as, for example, Leonid Slutsky (Russian politician targeted by corruption charges), and she has been engaged in activities aimed at promoting foreign policy interests Russian in Europe, ”says Anton Schekhovtsov.

“With my covers of Johnny, I am known everywhere in Alsace”

And to add: “Given that she has unlimited access to the work of the committees of the European Parliament which contribute to the development of European foreign and defense policies, I believe that Tamara Volokhova represents a threat to the security of the European Parliament. “. Allegations qualified as “grotesque” by the person concerned but who refuses to expand on this article. Already present on the RN list in the municipal elections in 2020 in the Alsatian capital, the thirty-something is aware that she will “take hits even if it is the political game”.

Attacks for which his partner Jean-Claude Bader prepared. Deputy mayor of Strasbourg in charge of tourism under the mandate of Fabienne Keller (ex-UMP), the showman joined the ranks of the far-right party in 2015. Regional elected for the RN for 6 years, he relies on “proximity” to win the ballot at the end of June. “With my covers of Johnny, I am known everywhere in Alsace. As soon as I meet voters, they always say a nice little word to me, ”assures the retiree.

“What we remember about Bader are his imitations. This duo has no idea what the management of a department represents ”, judges Eric Elkouby (center left), the councilor of the canton of Strasbourg-2, candidate for re-election. An inexperience which could prove penalizing for the RN ticket according to Philipe Breton, Alsatian political scientist: “The extreme right struggles to find candidates. Tamara Volokhova and Jean-Claude Bader are attractive on the poster, but the duo has little chance of winning at the polls ”!